THERE'S nothing quite like the euphoria of winning a championship.

And as he bids University of the Philippines goodbye, he relishes the feeling rather than look ahead to what's next.

"For now, I'm just gonna enjoy this with my teammates. I think I'll go back to UP. If we'll have a bonfire, then we're gonna enjoy it," he said after Friday's 72-69 overtime win in Game Three of the UAAP Season 84 men's basketball Finals.

Rivero has been linked to overseas stints and a showbiz career, but says he is focusing on the present and celebrating this milestone with the rest of the Fighting Maroons. 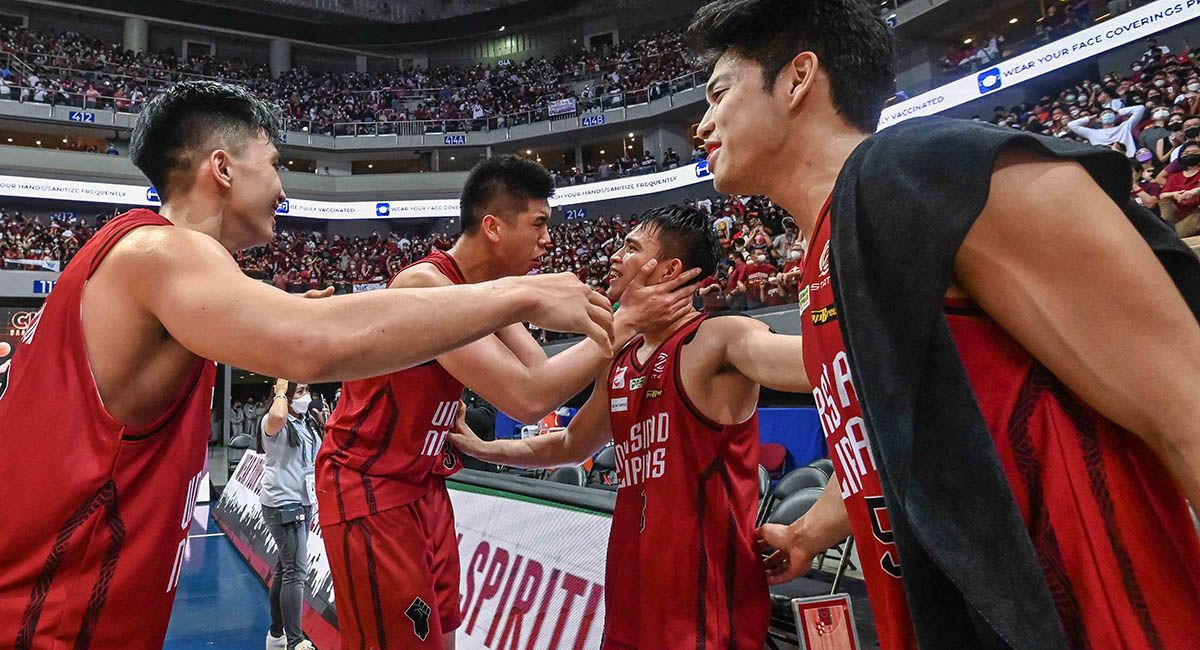 The triumph allowed the 23-year-old slasher to graduate with another crown, his second UAAP title.

He also became the only player in UAAP history to win championships with two different schools after also winning one with La Salle in his rookie year back in 2016.

"I just wanna thank God, really, for giving us this kind of blessing," he said, jubilant in adding one more accomplishment to his already illustrious amateur career. "It's such an honor to be part of this team, to be handled by coach Gold [Monteverde] and the whole coaching staff. The people behind our team, syempre sa management side, sobrang thank you sa inyo."

Rivero even joked that he could return to this team next season, no longer as a player but rather as a member of the staff.