RHENZ Abando is deep in talks with another school as he bid University of Santo Tomas goodbye on Monday.

The Sto. Tomas, La Union native has left the Growling Tigers camp in the aftermath of the controversial Bicol bubble, mutiple sources told SPIN.ph, in favor of a new school, with Letran the frontrunner.

He tweeted this just minutes after news of his departure leaked out:

Abando was the team's second-leading scorer last season, posting 11.7 points on 29-percent shooting from deep, alongside 5.3 rebounds and 1.3 blocks as UST made it to as far as the finals in UAAP Season 82.

It turned out to be his lone season at Espana. He still has two more playing years left if he decides to transfer to a UAAP school, or three more if he joins an NCAA squad. 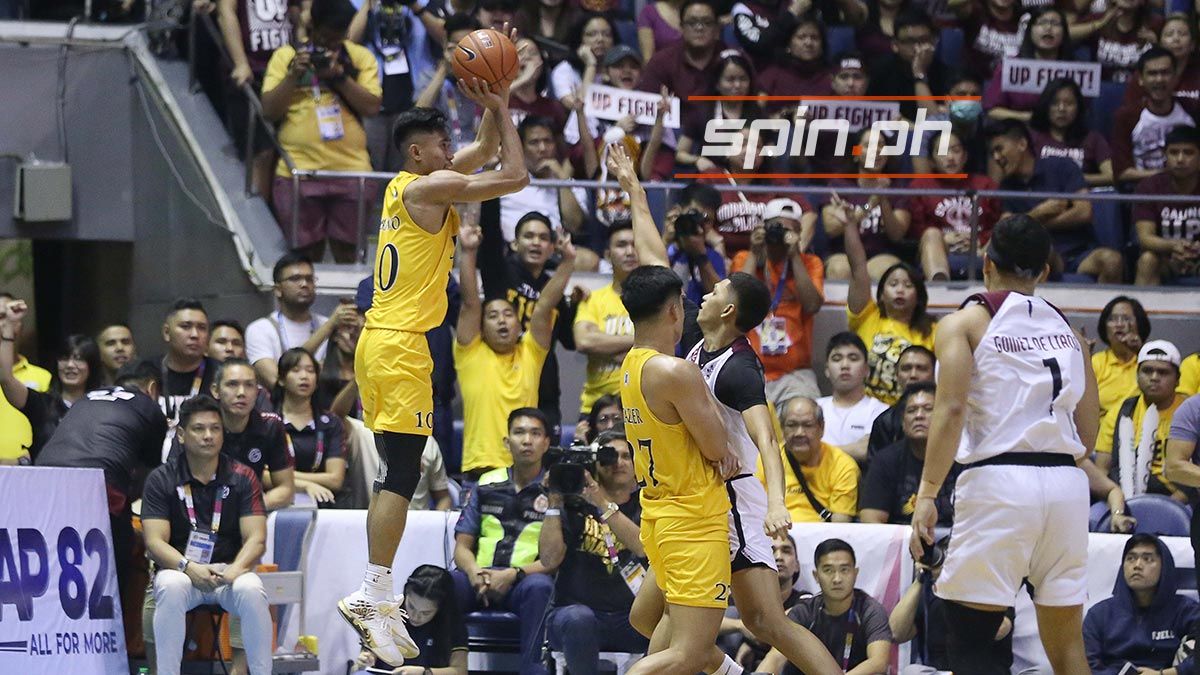 Aside from the Abando, big man Ira Bataller has also secured his release from UST, a source added. The bruiser averaged 1.9 points, 2.9 rebounds, and 1.1 assists as he started 14 out of the Growling Tigers' 18 games.

Bataller found himself embroiled in controversy when he spoke up about the alleged maltreatment he suffered in Sorsogon, claiming he did not get the proper care despite suffering from abdominal pain during training.

The 22-year-old center was supposed to drop out late last week, but had to fix some necessary papers before securing his release.

The two are the latest names in the UST exodus following deposed team captain CJ Cansino, who has already committed to University of the Philippines, and incoming senior Brent Paraiso.

The 22-year-old Abando is set to join a promising Letran team which is coming off a championship last NCAA Season 95 and has formed a potent lineup to keep itself as a legitimate title contender for the forseeable future.

If ever, his first year in Muralla would see him team up with sensational guard Fran Yu, who will be on his final year for the Knights.

Letran earlier secured the commitments of Chiang Kai Shek's Rafael Go, Perpetual's Yuki Kawamura, and National University-Nazareth School's Jeff Mailim and Jimly Lantaya, but those four pale in comparison to the magnitude that Abando's transfer can bring to the table.

Abando is no stranger to these transfer talks as he found himself at the center of a coaching controversy when at least two UAAP rival schools tried to pry him away from UST midway through the season last year.