That's the only thing active consultant Lawrence Chongson could offer to Rey Suerte when he lifted University of the East to a gutsy 89-88 upset of La Salle on Saturday for its first win in the UAAP Season 82 men's basketball tournament.

If the Red Warriors' confidence in Suerte may be surprising to some, that shouldn't be the case all along.

After all, this was not the first time the two-time CESAFI MVP played the role of the hero for his team.

It was almost a deja vu, actually.

Almost a year prior, Suerte delivered back-to-back three-pointers to carry University of the Visayas to an 81-78 win over University of San Carlos -- no less on his birthday back in October 4, 2018. 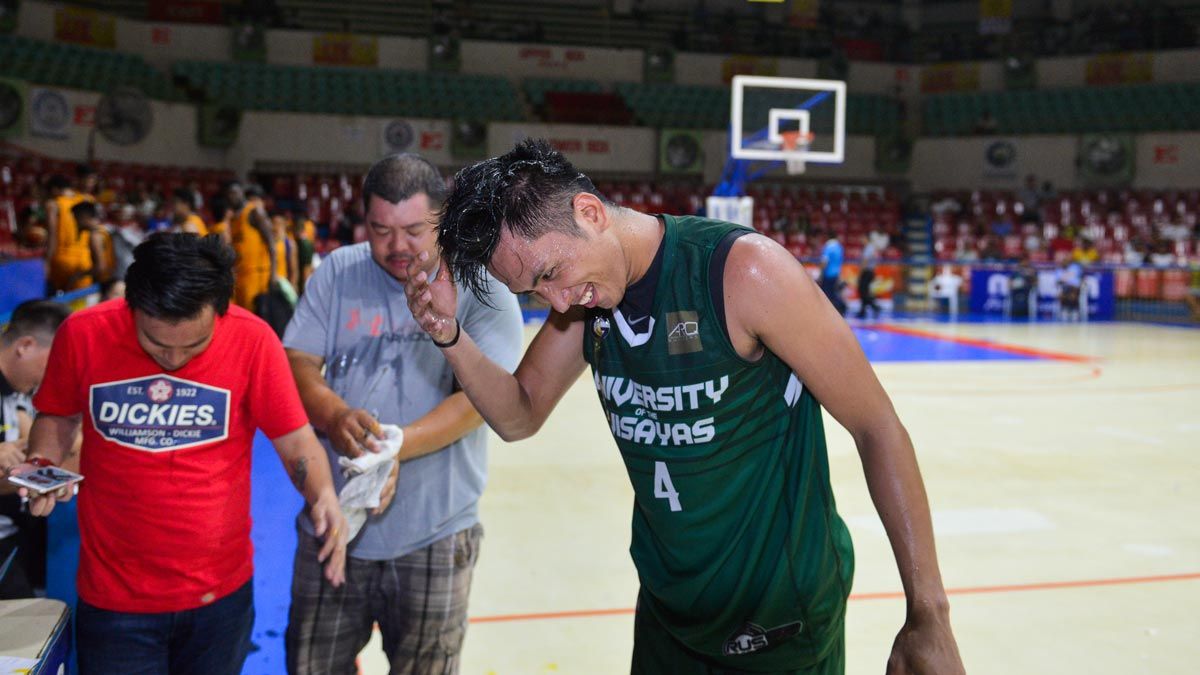 That was almost the same case this time out.

But the pride of Monkayo, Compostela Valley would not be denied, rising over three defenders to bury the game-winning long bomb with 3.2 seconds to spare.

That was the crowning moment for Suerte's career outing as he finished with 31 points, seven rebounds, and three assists.

The 6-foot-3 swingman, however, shared that he's not satisfied yet as he seeks to further his resume in this lone UAAP year.