Subido plays down 'butt-pinch' on Dave Ildefonso, insists it was 'mind games'

UNIVERSITY of Santo Tomas coach Aldin Ayo has always told his wards to make its opponents feel its defense.

Renzo Subido, however, took it to another level, pinching Dave Ildefonso's butt in the Growling Tigers' faceoff against NU on Sunday.

The diminutive senior did the deed at the 4:17 mark of the fourth quarter, earning him an unsportsmanlike foul with the referees catching him red-handed.

It was reminiscent of what former Talk 'N Text forward Mark Yee did to Petron import Anthony Grundy back in the 2011 PBA Governors' Cup, when the former grabbed the latter's butt twice to throw him off his game.

"Mind games kasi walang nangyayari sa amin so I think I had to do something na, 'Lets go team, di ako papatalo.'," he said.

Curiously, the incident worked, first as Ildefonso muffed both of his charities and then, the Growling Tigers waking up from their slumber to pull off a 87-74 victory over the Bulldogs in overtime.

"Siguro naman nakatulong," smiled Subido after finishing with seven points and two steals before fouling out with 1:51 left in regulation.

But for Subido, the win is a testament to the culture that has been built in España, one that has Ayo has installed since taking over last year. 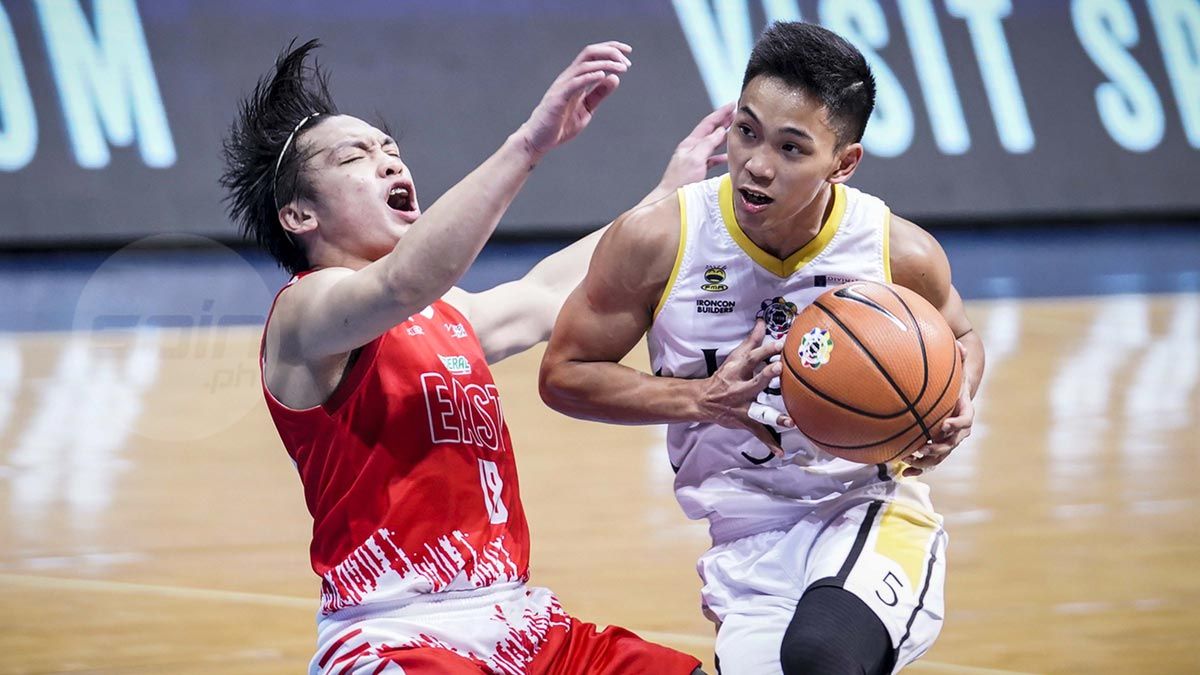 "Even if we're a young team, it shows na kahit papano nadedevelop namin yung maturity of the team, kahit na yung rookies. We just kept playing, and we just kept playing defense. Ganun naman yung gusto ipagawa sa amin ni coach Aldin, to keep on fighting up to the last buzzer," he said as UST improved to a 3-1 record.