Remnant of two 0-14 seasons to present-day UP Maroons: 'Never forget'

As bright as the future holds for UP, Mo Gingerich has made it his mission to make sure lessons from Maroons' sad past aren't forgotten. Here's his story
by randolph b. leongson | Nov 24, 2018

MO Gingerich shed tears as soon as UP Naming Mahal blasted through the speakers of Mall of Asia Arena. Sorry, he couldn't help it, after a 97-81 win over La Salle guaranteed the school a place in the UAAP Final Four.

For Gingerich, the win meant more than an end to the Maroons' 21-year absence from the playoffs. It also meant the end to the dark days when the team became the butt of jokes and memes while enduring one losing season after another.

"It's one of the most special feelings na ever ko naramdaman. Kaya nung narinig ko yung UP Naming Mahal, umiyak talaga ako," the Philippine-born American shared.

Gingerich, now an assistant to UP head coach Bo Perasol, has every reason to weep. It was bad enough to endure one 0-14 season for the Maroons. He went through two of those. He was in fact one of only eight players to experience both.

So after being there during the lowest of lows, he was the most ecstatic when the Fighting Maroons finally lived up to their name.

With the dawn of a new day, it was less painful for Gingerich to look back at those two 0-14 seasons, and all their gory details.

He remembered this scene back in 2010, after Season 73 had mercifully come to an end. Inside the team's Araneta Coliseum dugout, players were left speechless after dropping another close one, 67-61, to University of the East, for the Maroons' 14th straight defeat. It also was the team's second winless season in four years.

To be fair, the team didn't really roll over and die. Save for five 20-plus point routs, the boys from Diliman gave the opposition a run for their money.

"I didn't play as much. It was just my second year. But sobrang sakit sa amin noon sa dugout," Gingerich said.

There was no clue of the 0-14 season happening, he remembered.

Coming off a season where UP was the only squad to beat defending champion Ateneo in the eliminations, excitement was in the air in Diliman. Highly-touted recruits Mike Silungan and Joshua Saret were on board and the Maroons even went to Las Vegas for their offseason training. Add that to the core of Woody Co, Magi Sison, and Martin Reyes and fans were salivating on the prospect of a Final Four appearance.

However, an 80-62 opening-day drubbing at the hands La Salle and a 66-59 defeat to Adamson triggered a domino effect for UP. Head coach Aboy Castro was sacked just two games into the season and then-consultant Boyet Fernandez was installed in his place.

The struggle soon reflected in the games as the Maroons dropped all 14 games by an average losing margin of 12.9 points.

Gingerich, a sophomore at that time, thought his college career had hit rock-bottom and can't get any worse. He was wrong. After collecting a grand total of three wins over the past two years, UP went on another historic dive in 2013.

What he didn't expect, though, was a relapse of the tumult that hit the team three years earlier.

Ricky Dandan, the Fighting Maroons coach for the better part of the last two-and-a-half years, tendered his resignation after a falling out with team manager Rey Madrid, who eventually took the job eight games into UAAP Season 76. UP was 0-8 at that point, but had to scamper for a lead playmaker after Mikee Reyes parted ways with the squad just after the team's first game.

"That left us a hole at point guard. Henry Asilum wasn't in great shape coming to that season as well, so others, myself, Jason Ligad, Paul Desiderio, Kyle Suarez were forced to play point guard which is not our natural position," said Gingerich.

But more than Reyes' departure, the coaching change was a bigger blow for that year's captain.

"That was a lot harder on me, I think, than in 2010. A lot of the burden was on me. The coaching change, talagang I really took it hard, I guess kasi si coach Ricky, pang-third year na niya with us and my relationship with him has grown," he said.

Gingerich, together with main cogs Raul Soyud and Joseph Marata, can scent a 0-14 deja vu from a mile away but fought it. It proved inevitable.

"May part, lalo na sa aming mga nakaranas ng 0-14 before na parang, 'Ito na naman.' Inevitable na yung 0-14 at that point. Although we still had six games after coach Rey took over, there were games where we had a chance to win. But talagang we never were able to pull it off," he said.

UP lost those last six games under Madrid by an average margin of 14.0 points, including a slim 76-73 defeat to UE in its last assignment.

Gingerich stayed on at UP after his graduation in 2014 and served as assistants to Rensy Bajar and eventually Perasol. The Maroons continued to struggle, but Gingerich started to notice changes happening from within, more so after Perasol - a former UP player - stepped in after a forgettable stint at Ateneo. 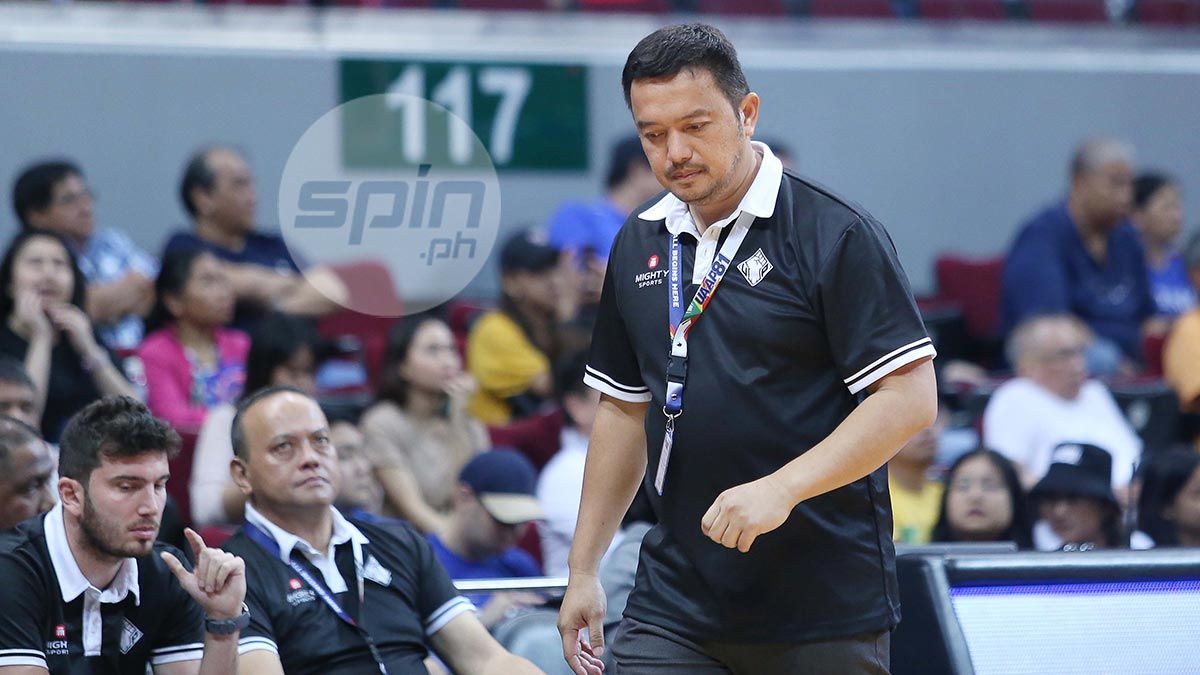 More than anything else, Gingerich said Perasol changed the mindset inside the dugout and in the community. Suddenly everyone started to believe the Maroons can win, the players most of all.

Only Desiderio remains from the last 0-14 UP team and he is now the captain of a team that has completely changed the landscape of UP basketball. With Season MVP Bright Akhuetie and brothers Juan and Javi Gomez de Liano on board, the Maroons have transformed into a contender.

And with the gifted pair of Kobe Paras and Ricci Rivero becoming eligible next season, a first UAAP championship for the Diliman-based school since Kobe's dad Benjie led the Maroons to a maiden title in 1986 is no longer a pipe dream.

But as bright as the future may be for the Maroons, Gingerich said the team musn't forget the lessons from its sad past. Gingerich has made it his life mission to make sure these lessons are not forgotten.

Gingerich remembers every single one of the players who, like him, endured not one but two 0-14 seasons. Martin Reyes, Woody Co, Mark Lopez, Magi Sison, and Diony Hipolito in Seasons 70 and 73. Julius Wong in Seasons 70 and 76. He and Martin Pascual in Seasons 73 and 76. They, too, mustn't be forgotten, he said.

Unlike the names above, UP players now never had it so good, Gingerich said. They must not take it for granted.

"Even the level of the coaching now with what we do, what we give them, it's a lot different than before. The level of the players are obviously higher as well. That's why I'm always telling these guys that you have to count your blessings," he said. 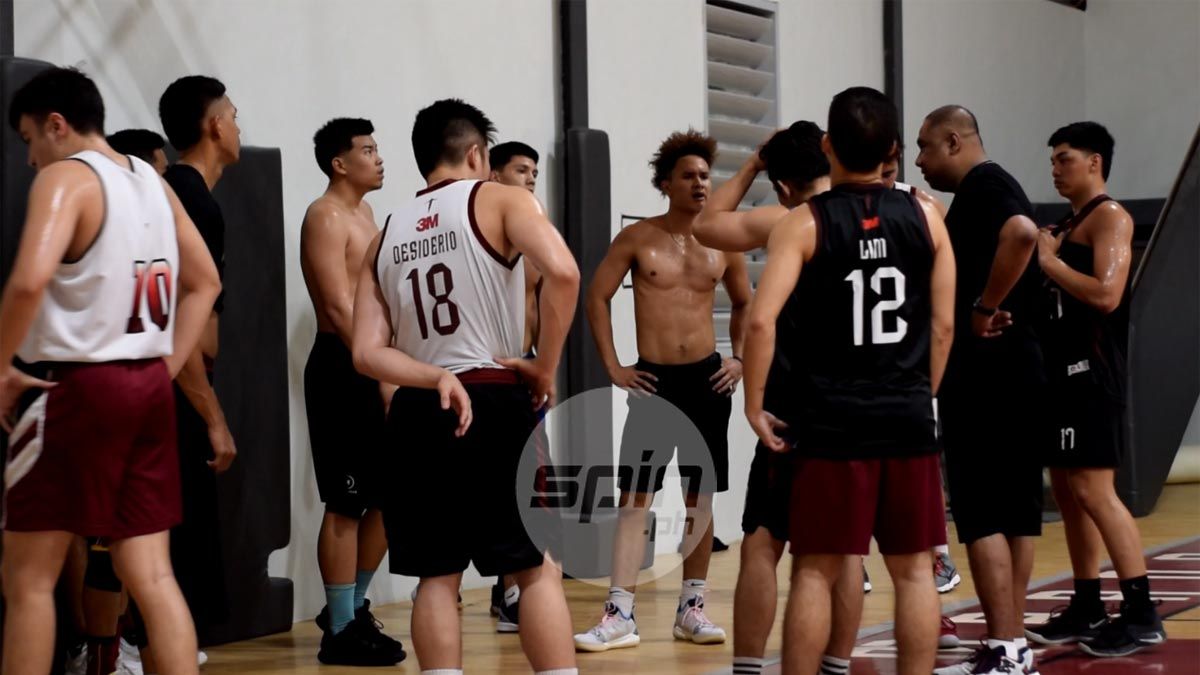 The Fighting Maroons must keep their feet planted on the ground as there are still bigger mountains to climb, he added.

"I'm really happy for these guys and I want them to really enjoy this moment after the season is over. But I don't want to see them walking around Palma Hall going, 'Yeah yeah, you know. We're here. We made it.' They can't think that they've made it.

The 21-year drought may be over, but Gingerich is wishing to high heavens that this run to the Final Four isn't a one-off eclipse, but rather the start of brighter days for UP. 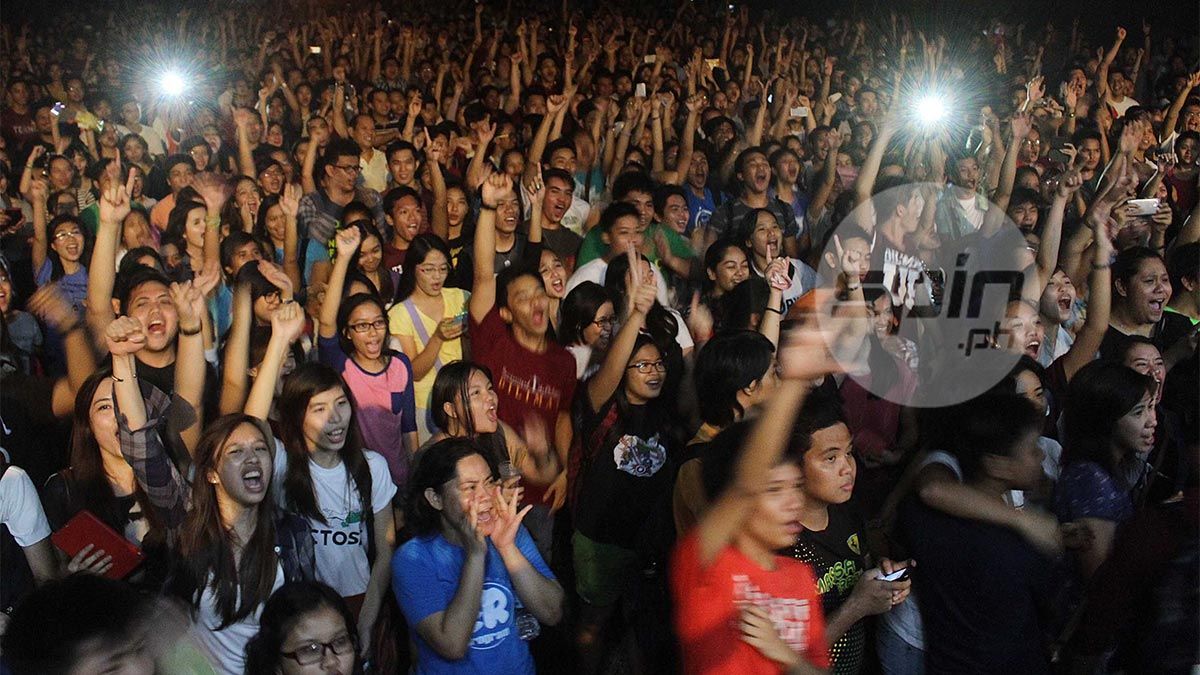