ADAMSON coach Nash Racela couldn't stop himself from letting out a big grin when he met his brother, Far Eastern University coach Olsen, after the Soaring Falcons escaped with a 75-70 win over the Tamaraws on Wednesday.

In turn, the loss ended the Tamaraws' own streak of eight postseason appearances.

But all is fair in love and war, and the Racelas understand that once that final buzzer sounded, everything goes back to normal.

"At the end of the day, we're brothers and every chance we get to play and coach against each other, kailangan you cherish that," said Olsen. "Although may mananalo at matatalo, the bottomline is we're family. Ngayon, pwede na kaming mag-usap after ng game namin."

Nash couldn't help but feel for his sibling as FEU stumbled out of the gates and ultimately fell short.

"It's not really a favorable season for FEU. But if you really follow all their games, ang ganda eh. Ang ganda talaga eh," he remarked of the Tamaraws.

"I think there were three or four games that they led by more than 15 points, only to lose in the end. I think that's immaturity, maybe, on their part."

The Tamaraws never really recovered from the depature of RJ Abarrientos for the Korean pro league as they desperately tried to find a consistent source of offense to compete with the league's best. 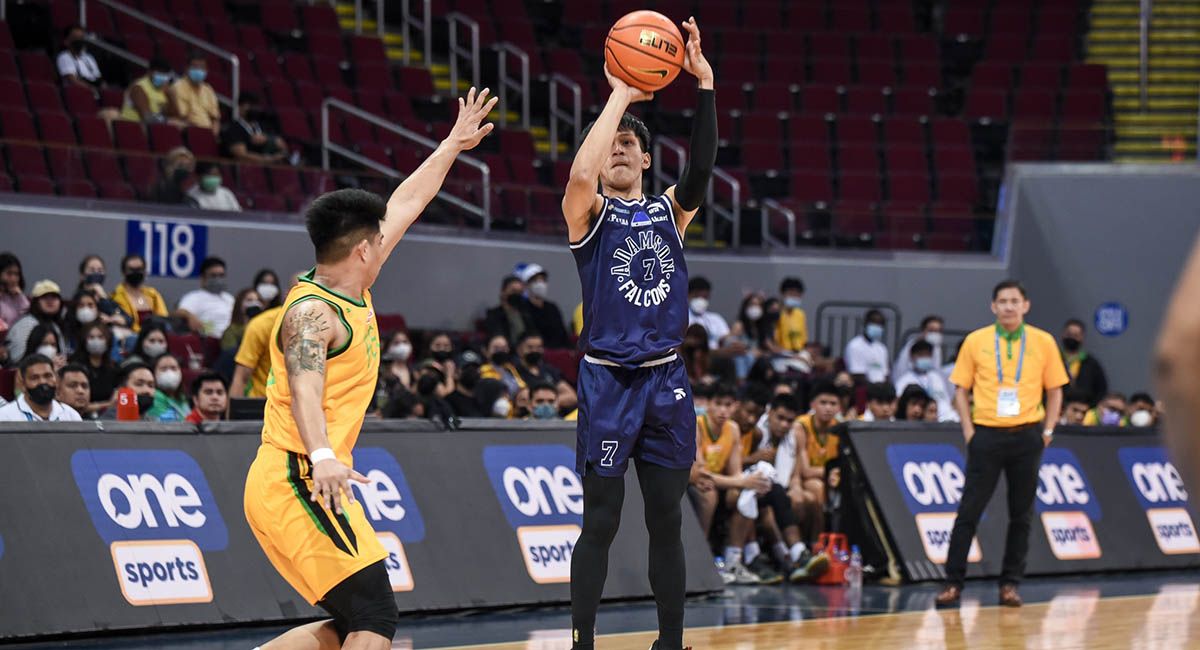 Nash, though, is confident that this experience can only be beneficial for FEU moving forward.

"Once they find a groove later on, they'll be a tough team," he said of the program he once oversaw as coach. "We know that they will bounce back strong. Pag-aralan nila, they have a good program.

Nash isn't exactly thrilled to see FEU's postseason hopes end in his hands, but at the same time knows that relationships take a backseat in basketball.

"Medyo mabigat lang because we both needed a win, especially us, to be able to advance. We have a higher chance of making it sa Final Four as long as we handle again business sa end namin," said Nash of his 6-6 Falcons.

For his part, Olsen can't wait to get another crack at Nash.