THE most successful women’s basketball coach in Philippine history switching to the other side?

Pat Aquino, the architect behind the dynastic rule of the National University Lady Bulldogs in the UAAP, admitted not minding getting a shot of handling the school’s men’s team, which has no coach at the moment following the resignation of Goldwyn Monteverde.

“It would be an honor for me to coach the (NU) men’s team, and siguro for me it’s a challenge to grow as a coach also,” the 49-year-old Aquino related to SPIN.ph on Friday.

“I know it’s going to be hard and different adjustment, but I think it would be an opportunity to prove myself sa men’s side naman.”

Not that he’s had enough of women’s basketball, where Aquino, also the head coach of the Gilas Pilipinas women’s squad, has found a niche as the most accomplished as far as local basketball is concerned.

Under his helm, the Lady Bulldogs have won the UAAP title the last six seasons achieving it in an unprecedented manner by going unbeaten in 96 straight games in that span.

Aquino also steered the PH women’s team to its breakthrough gold in last year’s Southeast Asian Games, a feat he capped by also guiding the 3x3 side to a similar golden finish in the inaugural staging of the event. 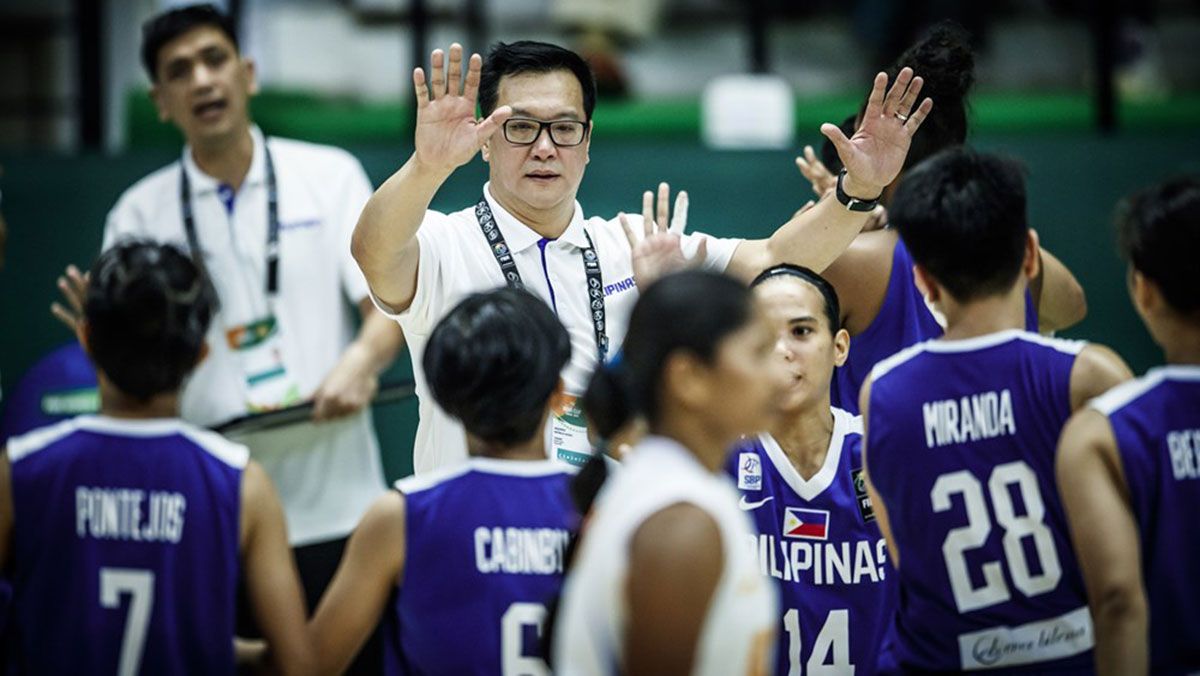 Now the University of the Philippines product wants to try his hand with the men’s team.

“And siyempre, I would gladly accept it (if offered).”

If ever, Aquino would have to rebuild an NU side that has been decimated by players’ transfer.

Former Bullpups Carl Tamayo, Gerry Abadiano, and Kevin Quiambao, who was certain to suit up for the men’s varsity team, left the school following the supposed fallout between Monteverde and NU management.

Stalwarts Dave Ildefonso and JV Gallego had likewise bid the school goodbye and decided to take their act elsewhere.

But Aquino has been used to starting from scratch, the way he turned the fortunes of the Lady Bulldogs when he first arrived in the campus in 2014.

“Ako naghihintay lang if they would offer,” said the multi-titled mentor.
___