YOU'VE seen Calvin Abueva make a star turn for Gilas Pilipinas in the Fiba Asia Championship, probably heard that Ian Sangalang has joined 'The Beast' in the pool of PBA players for the coming Olympic qualifiers.

Well, there's more where they came from.

A province that prides itself with its giant lanterns, Pampanga is now set to roll out two giant players in the future that it hopes would cement its reputation as a gold mine for top basketball talent.

Thanks to a multi-million talent search and development program launched by Vice Governor Dennis Pineda, the province has two 6-8 players in Justin Baltazar and Jay Pangalanggan in a deep, talent-laden pool of players aspiring to follow in the footsteps of Abueva some day.

Baltazar has already seen action for the National University high school team in the NCAA and Pineda expects the big man to make an impact in the college leagues in the next few years.

Baltazar was discovered by Pineda back in 2012 during the formation of his Pampanga team for the now defunct Coca-Cola PBA Young Stars league. He has come a long way since.

Pangalanggan, 15, is still a work in progress but Pampanga's sports director, Allan Trinidad, bared the teen was a lot better than Sangalang was at his age. 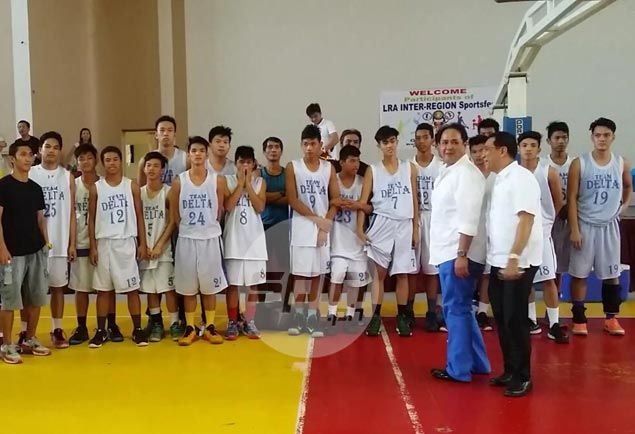 Trinidad said Pampanga's basketball program is patterned after scholarships given out in the US, where education also plays a big role. The pool currently has over 30 players, only a few standing below six feet.

Pineda, of course, has been behind the careers of a long line of PBA players from the province.

Aside Abueva and Sangalang, former PBA MVP Arwind Santos and Ronald Pascual came from his stable. There, too, is Larry Muyang and Darryl Pascual with the Dela Salle Green Archers in the UAAP seniors, as well as Baltazar and Neil Jay Tolentino in the NCAA juniors.