THERE’S no question the 16 players in the roster as well as the coaching staff of the National University men’s basketball team have done most of the work to get to where they are right now in the UAAP.

But everyone knows that the success of the Bulldogs on the court this season would not have been possible without the support off the court by team management, led by SM Prime Holdings chief and top team patron Hans Sy.

From the time the Sy family became majority owner of the Sampaloc-based school in late 2008, the Bulldogs started the transformation from perennial whipping boys into title contenders, thanks to the financial muscle.

The men in blue and gold returned to the Final Four after a decade-long absence in 2012, made a second straight semifinal stint last year before reaching the Finals this season, ending an even longer drought of four decades.

That seemed like ages away from those dark days when NU went without a victory for seasons - and a single win by the Bulldogs would merit big headlines on the sports pages, complete with a touch of irony and mockery.

The transformation during the Sy time actually started internally with improvements to the school’s facilities and the student-athlete’s meals, allowances and quarters, apart from the usual full scholarships.

Bulldogs assistant and Bullpups head coach Jeff Napa can attest to how different the NU basketball program has become, having experienced both worlds — as a player in the late 1990s and early 2000s, and as a coach now since 2005.

Napa recalled that during his time, the Bulldogs had to make do with a practice court inside the campus that was only three-fourths the regular size of a basketball court. 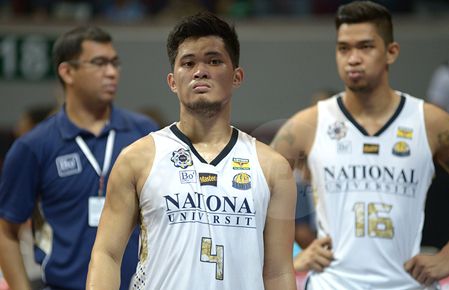 Now, the players train in a state-of-the art court sitting on the eighth floor of the main campus building. They can even call the 20,000-seater Mall of Asia Arena in Pasay as a veritable home court, since it is also owned by the Sys.

They also enjoy the privilege of training abroad in US, China, and Korea before a season starts and have crowded league powers Ateneo and La Salle in the recruitment war.

The Bulldogs likewise live in a better shelter.

And of course, they also enjoy bigger allowances.

Dei Sta. Maria, a former NU standout in the early- to mid-eighties, said they received a daily food/transportation allowance of P15 during his time and got an additional P50 during game days.

Current Bulldogs star point guard Gelo Alolino hinted that what they are receiving could be enough as a means of living.

What the 20-year-old Alolino can say is that they are fortunate to have the backing of Sy, son of mall magnate and the Philippines’ richest man, Henry Sy Sr.

[See Best is yet to come for long-suffering Bulldogs, says Hans Sy]

But it's more than just finances that has brought the team to greater heights.

Sy and school management made sound moves over the years, beginning with the decision to stick with coach Eric Altamirano after last season when the Bulldogs' semifinal exit as top seed had calls mounting for the former UP star's sacking.

Team management also refused to panic after two-time league MVP Bobby Ray Parks left the school prior to the season, resisting the urge to rebuild and keeping faith in the holdovers led by Alfred Aroga, Alolino and the vastly improved Troy Rosario.

Those players are close to ending a long, long title drought.