No resolution in sight at end of UST, NU meeting with IATF probe panel

OFFICIALS remain tight-lipped on possible penalties and sanctions to be meted on University of Santo Tomas and National University following the end of the government's probe into alleged quarantine violations by the two schools.

A panel created by the Inter-Agency Task Force (IATF) for Emerging Infectious Diseases group received the findings of the two schools on their teams' alleged training during the pandemic on Tuesday. But the day ended with no resolution in sight.

Instead, the government officials will continue to deliberate on the issue on their own, while the UAAP's Board of Managing Directors - composed of the athletic directors of each school - will convene on Thursday to tackle the issue. 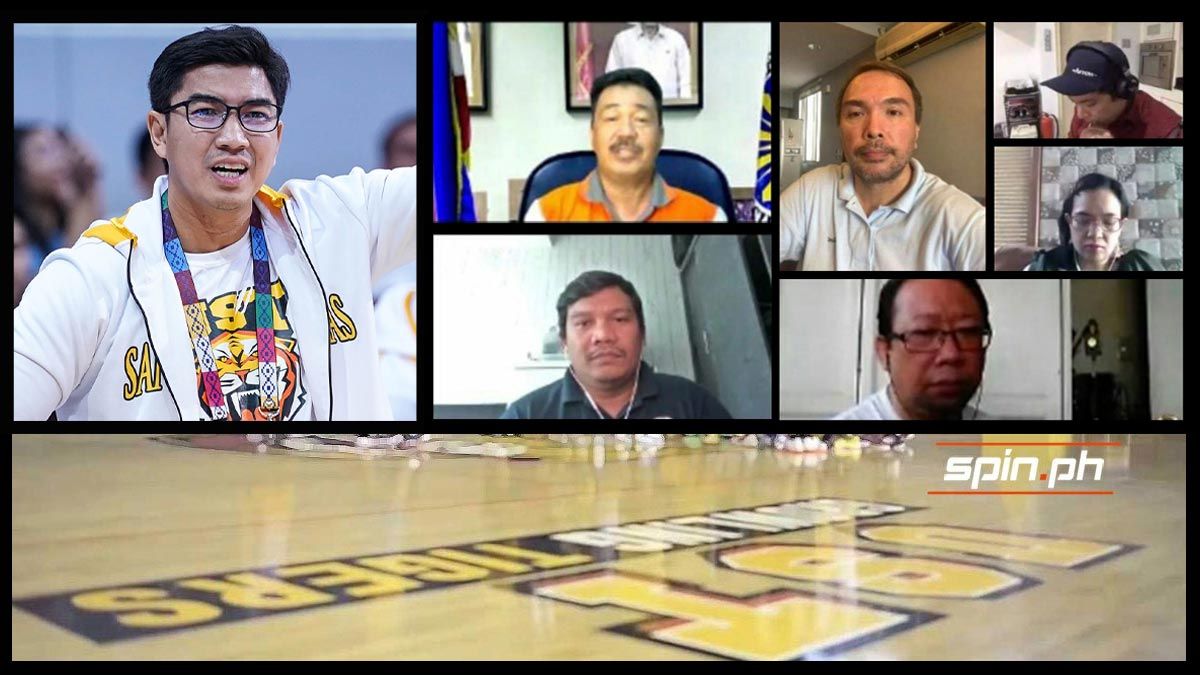 UST has been under scrutiny as members of its men's basketball team went to Capuy, Sorsogon and went in its so-called Bicol bubble, with coach Aldin Ayo manning the Growling Tigers' trainings since mid-June.

NU, on the other hand, has also been flagged as clips of its women's volleyball team training in its Sampaloc and Calamba campuses have made the rounds on social media.

Minutes of the conference, especially that of the report of UST's fact-finding committee, have not been made public.

It doesn't mean, though, that both UST and NU have escaped sanctions from the government as Mitra earlier said that the IATF won't hesitate to slap penalties if it deems the actions from the respective schools and the UAAP inadequate.

For now, the wait continues.

Here's the UAAP statement in full:

The University Athletic Association of the Philippines (UAAP) acknowledges the efforts of the University of Santo Tomas (UST) and National University (NU) in PARTICIPATING at the meeting requested by PSC, GAB and DOH concerning compliance with government-issued guidelines and protocols on the conduct of school and athletic activities during the community quarantine.

A copy of the report from UST concerning its basketball team was submitted to the concerned government agencies. UST also reported that UAAP was likewise given a copy. NU answered queries on the incident regarding its volleyball teams and will likewise provide a report to the UAAP.

The meeting was an important step towards the resolution of these issues that concern student-athletes of UAAP member-schools.

The UAAP Board of Managing Directors will convene on Thursday (September 3) to review these reports and tackle other related cases before taking pertinent actions.