Diouf overcame Ramadan fasting to regain workmanlike self, lead UP

MALICK Diouf would be the first to acknowledge the inconsistencies that plagued University of the Philippines in the onset of UAAP Season 84.

After all, even he had his own struggles dating back when he first got to Diliman.

"In the beginning, it was hard because coach Gold [Monteverde] has a lot of systems," he said.

"When I came here the first time, I was struggling and this season, we don't have enough time to prepare. I can say that was the reason why we weren't always consistent. We're always going up or going down."

Those numbers may pale in comparison to the numbers churned out by other foreign student-athletes like Ateneo's Ange Kouame and Far Eastern University's Emman Ojuola, but it's more impressive considering that Diouf courageously played for the Fighting Maroons while fasting due to Ramadan.

But when that was over, Diouf just went to work starting in the final elimination game against Ateneo. 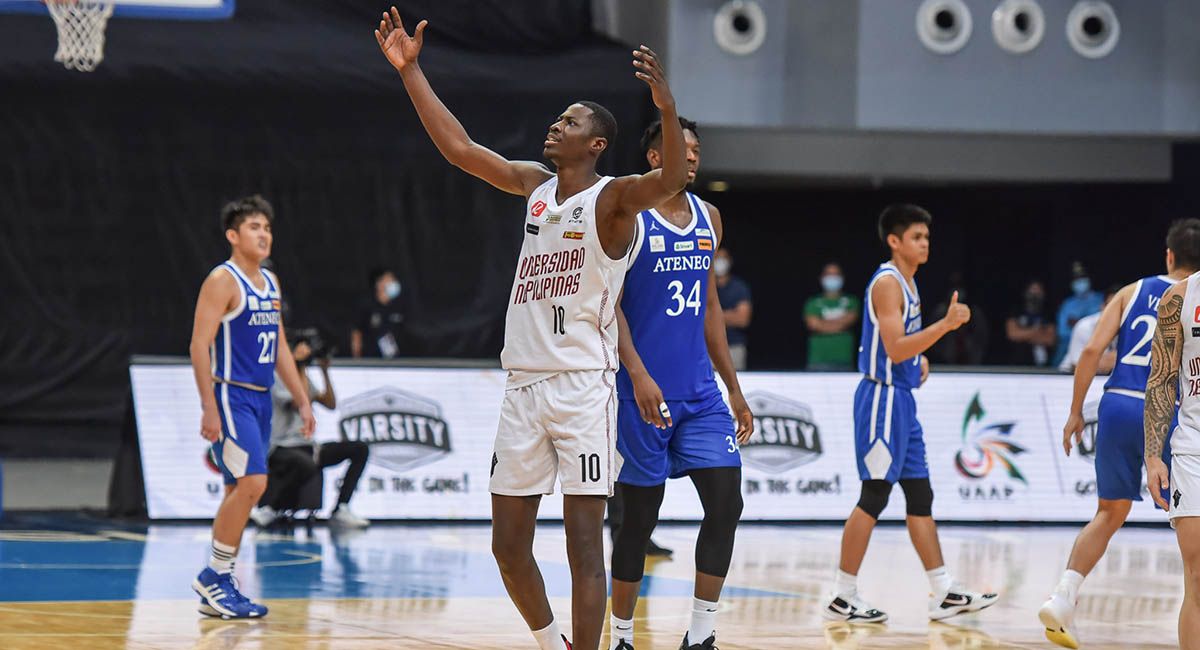 "Coach has always told us that you have to be focused, you have to be consistent, and you have to follow my instructions. If you can play basketball, you can adapt on every system," he said, with him ending his fasting on May 3 to celebrate Eid al-Fitr.

It also gave him a redemption that was three years in the making after Kouame and the Blue Eagles got the better of him, when he was still with Centro Escolar University, back in the 2019 PBA D-League Aspirants' Cup.

"This is the more important one," Diouf quipped as he settles down in his new home in Diliman.

"I'm so happy. I don't have the words to say it. I'm very, very happy," he said. "We worked for it and we got it. I just wanna say thank you to my coaches, thank you for the UP community."