ATENEO found the perfect antidote against La Salle's impressive athleticism in the form of the Nieto twins as the Blue Eagles got the better of their rival Green Archers, 81-69, in their first meeting of the UAAP season at Smart Araneta Coliseum.

Brothers Matt and Mike conspired in the Katipunan side's telling 21-1 run that turned a tight 30-28 second quarter into a commanding 51-29 halftime advantage, effectively silence the boys from Taft to remain unbeaten through two games.

It was an all-out barrage for Ateneo in that pivotal 28-point second quarter as it shot 44 percent from the field and buried the misfiring La Salle side, which shot a horror 17-percent clip in the same frame and was held to eight points. 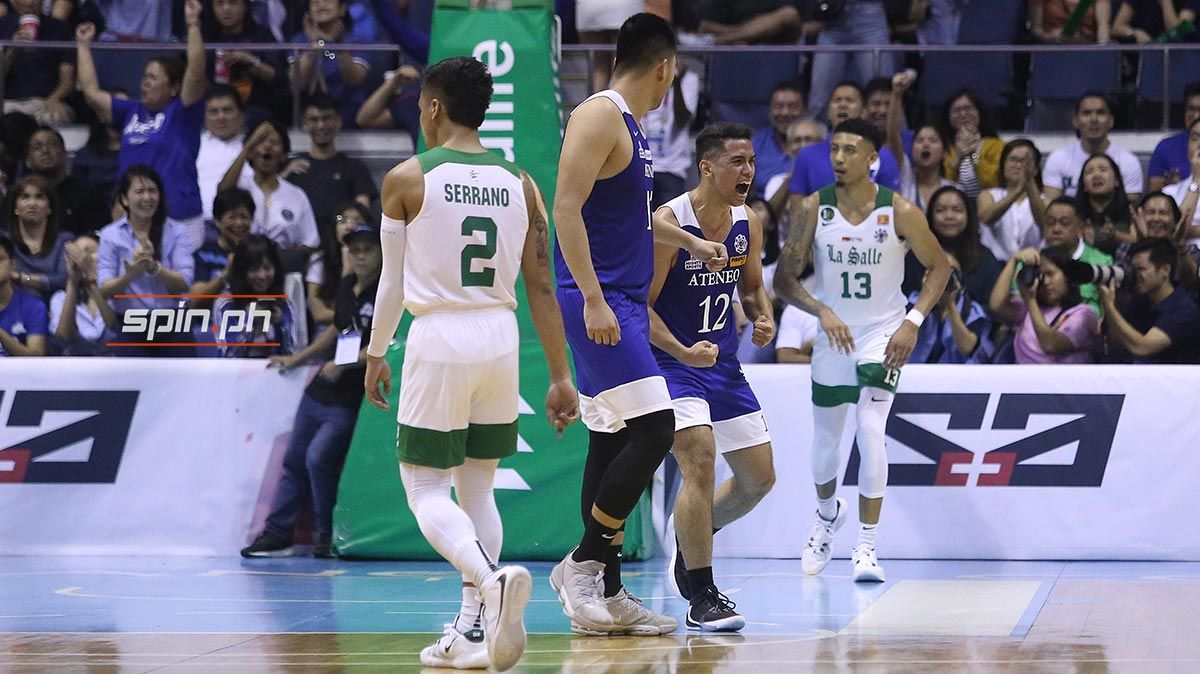 When the Green Archers' shots finally started falling and managed to cut down Ateneo's lead to just eight in the final three minutes, it was Gian Mamuyac who slammed the door as he scored eight of his 14 points in the payoff period.

Mike Nieto fired 18 points to go with five rebounds, four assists, and two steals, while Matt got himself 15 points and three boards in the win.

Mamuyac was also a pest all over the court with his four rebounds, two assists, and two steals.

Ange Kouame was silent on the offensive end, but also continued to be a force in the paint with his 19 rebounds and five blocks.

"This is a typical Ateneo-La Salle game. This was tough in every way," admitted Baldwin in this first faceoff with La Salle counterparts Gian Nazario and active consultant Jermaine Byrd.

Jamie Orme-Malonzo quickly made his presence felt for La Salle as the high-flying forward scattered 18 points, 10 rebounds, and two assists, including a thunderous two-handed jam over Thirdy Ravena midway through the first period.

Andrei Caracut got 14 points on a 3-of-6 shooting from deep, while Justine Baltazar had a double-double with his 10 points, 12 rebounds, and two blocks in La Salle's first game of the season.