SPENDING all their lives in Ateneo, the Nieto brothers acknowledged that Sunday's 77-69 win over La Salle may very well be their last rivalry game as they approach the end of their collegiate careers.

The twins' dad, Jett, was a member of the Blue Eagles team that beat La Salle, 76-70, the first time the two longtime rivals met in a UAAP finals back in 1988 at a jampacked Rizal Memorial Coliseum.

The elder Nieto was one of the gunners of that Fritz Gaston-coached Ateneo champion team that also included quarterback Jun Reyes, big man Danny Francisco and power forward Eric Reyes. 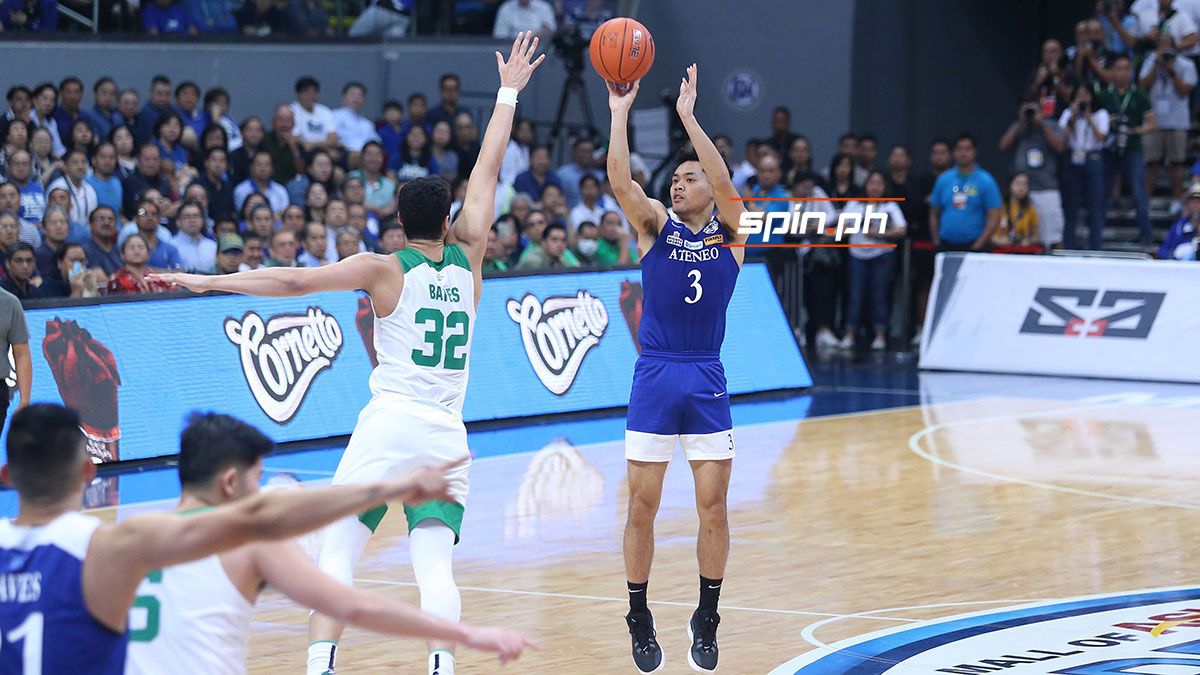 Matt added: "Ever since we were young, lagi kaming excited kapag kakalabanin ang La Salle. Talagang forget about the stats and just do everything to win."

Fully aware of the electricity that surrounds the battle of the rivals, the twins admit that they would miss playing in this same environment.

Unless the two arch-rivals meet in the playoffs, this is certainly it for the Nietos.

"All the preparation, all that imagination of hitting the last shot for the win when I was young boils down on today, it's all finished," said Matt.

"We will never again experience the same hype, intensity, level of competion like La Salle and I will miss it, their crowd and seeing the La Salle green inside the court and on the stands. Memories na lang ang maiiwan namin dyan and it's very emotional especially for us True Blues."

But as much as the experience may be over, the Nietos believe that they have done their part in flying the flag for the Katipunan school.

Through their collegiate careers, the Nietos had a 9-6 record over the Taft side, with the Blue Eagles' last two titles coming at the expense of the Green Archers.

And what better way for them to end that chapter than Ateneo sweeping the series this UAAP Season 82 against La Salle.

"Kahit bad game ka, kahit wala kang ma-shoot, ayos lang basta panalo kami against the green," he said. "As long as we played within our system and followed the game plan, we know it will lead us the the right path. In this game, sabi namin, 'Matalo na tayo sa lahat wag lang sa La Salle,'" he said.

"Kaya sobrang saya if ever, this will be my last Ateneo-La Salle, I can say that I won it in my last year at hindi na sila makakabawi sa akin."