IT'S been a while since the Nieto brothers had great outings in the same game.

That's why it truly was a pleasure for the twins that they were two of the catalysts in Ateneo's 81-69 victory over La Salle on Sunday.

The Nietos provided the kryptonite to the athleticism displayed by this retooled La Salle squad as Ateneo staged a telling 21-1 second quarter run that allowed it to take grip of the game, 51-29, at halftime before holding on in the end. 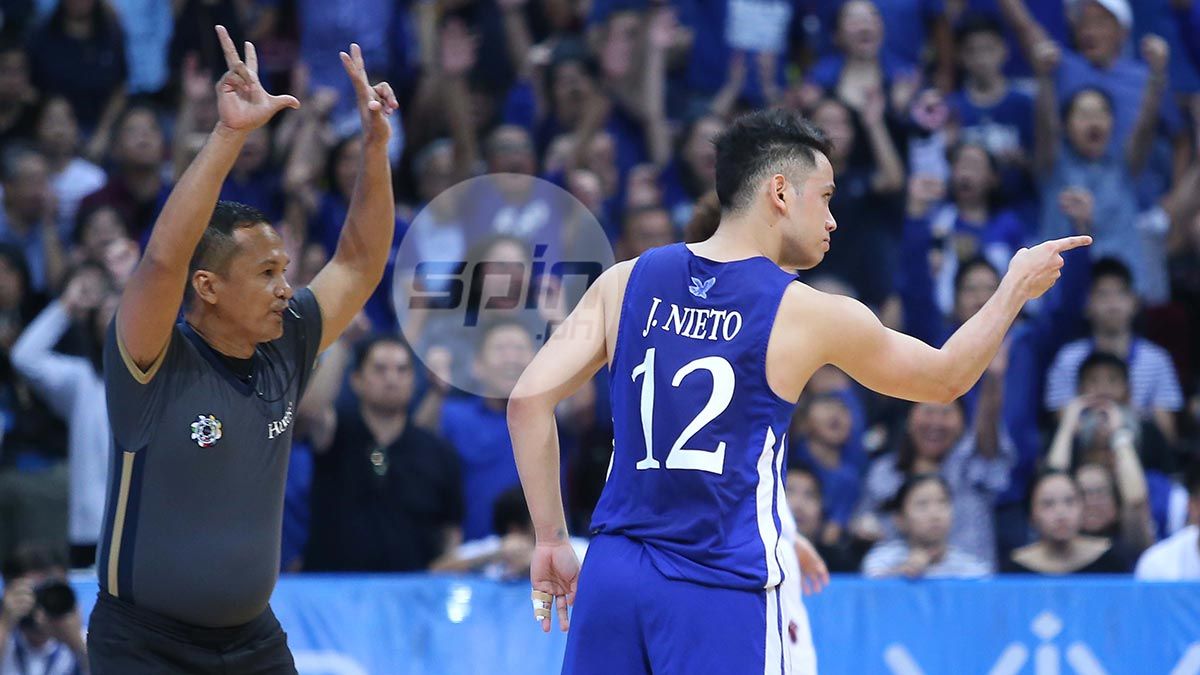 If it seemed that the brothers had a conscious effort of performing to the best of their capabilities, Mike admitted that there truly was a motivation knowing that this will be one of the last few rivalry games they'd have to play for the blue side.

"To be honest, bilang na rin kasi ang Ateneo-La Salle games namin eh. So what a way to start our La Salle series this season with a big win," said the 6-foot-2 forward.

And it only brings the Nietos joy that they were able to do so, especially with the lights at their brightest in this game between storied foes.

"Playing in a big game like Ateneo-La Salle, it's really special to have your twin brother beside you, playing his career game," shared the 6-foot guard Matt. "I'm proud of his accomplishments and his hard work."