NO longer content to be the feel-good story of UAAP Season 84, National University coach Jeff Napa implored his Bulldogs to get their act together if they want to be considered as legitimate contenders in this race.

Tuesday's 84-76 loss to the University of the Philippines should be a good rallying point for the Jhocson crew as they kept themselves in the thick of things before losing grip in the final six minutes of the game.

"We didn't act together," Napa lamented. "If we acted together, hindi magiging ganoon yung storya."

Napa acknowledges the deficiencies of this young NU team, from its supposed lack of a go-to guy to an evident gap in experience.

But in his mind, these shouldn't be used as excuses but rather something the Bulldogs can compensate through their tireless defense and teamwork. 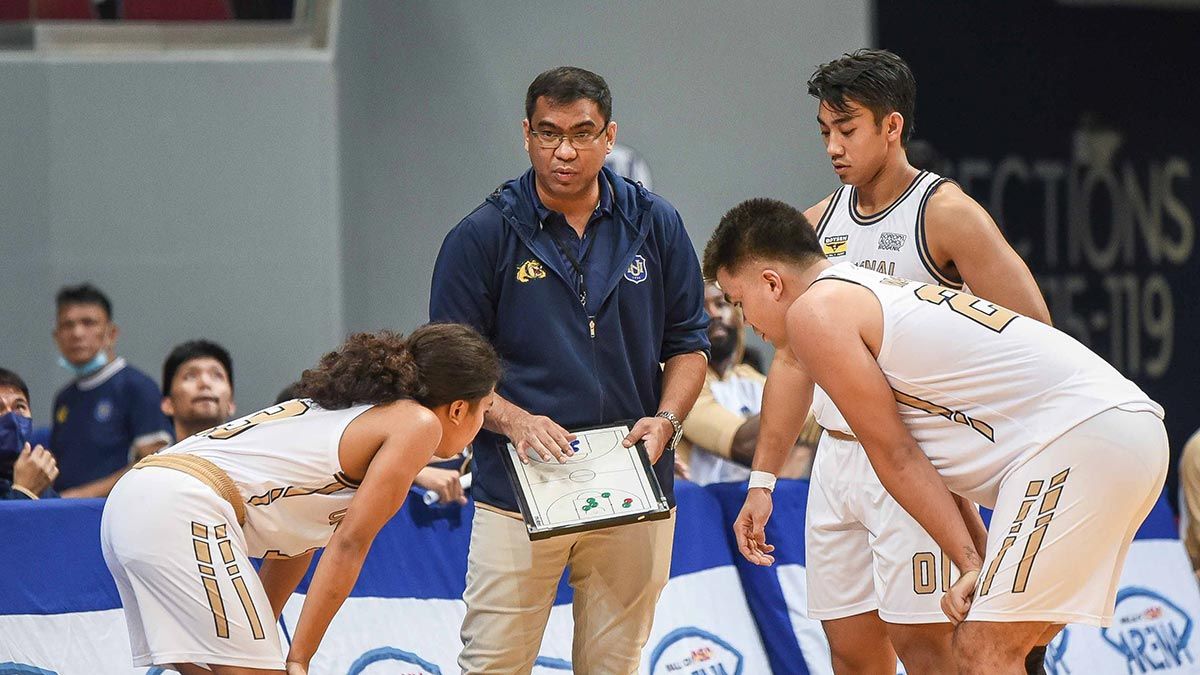 Jeff Napa and the Bulldogs look to stay in the top half of the standings.

NU remains sitting pretty at fourth place with its 4-4 record heading into the Holy Week break.

Napa fully intends to maximize that time to wake his players up from their slumber and expose them to the realities that beckon, that if they continue to play the way they have in the first round, making it to the Final Four is no longer a dream.

And if they do, well consider them dark horses no more as the Bulldogs have finally arrived.

That only depends if NU will be up to the task as Napa said, "Even though they are young, sinabi ko naman sa kanila na all of them are capable to be leaders, mapa-loob man o labas man sila ng court, na they can be role models."

"Again, kailangan talaga na we act together kasi hindi pwede yung may mang-iiwan in order for us to compete. So at least, we act together dahil talagang dito na sa second round magdi-dictate kung saan kami makakarating talaga."