MARK Nonoy has certainly stamped his class this UAAP Season 82, highlighting his first year for University of Santo Tomas by winning the Rookie of the Year honors.

But what made his neophyte season more impressive was him not shying away from the pressure, stepping up his game as the Growling Tigers faced off against Ateneo in the championship round.

And as much as UST bowed to the defending champions in two games, the La Carlota, Negros Occidental native is looking at this setback as his driving force to be better for the succeeding seasons.

Nonoy has been nothing but solid in the Finals series, carrying the torch for the Growling Tigers.

After firing 26 points in Game One, the 5-foot-8 speedster was all over the court in Game Two, finishing with 14 points, six rebounds, and five assists, showing grit and heart in their 86-79 defeat to the Blue Eagles on Wednesday. 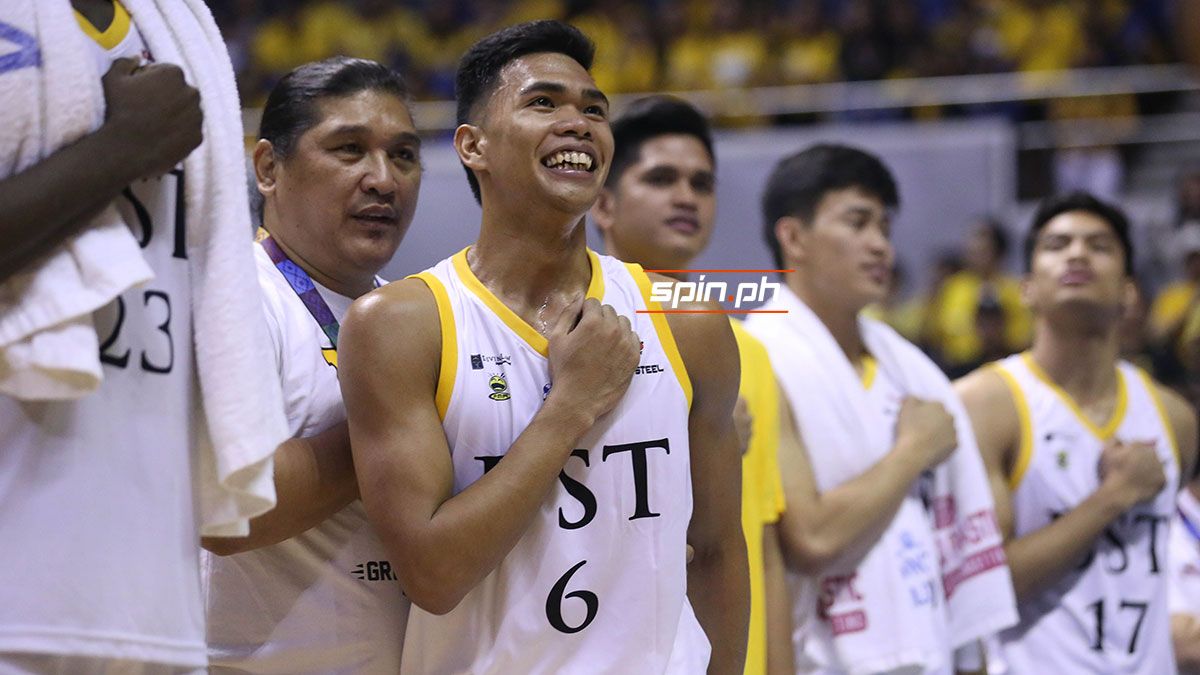 That performance certainly left an impression on the opposing guards, including Ateneo's graduating guard Matt Nieto who gave Nonoy some words of encouragement after the duel.

Memorable truly was this first collegiate season for Nonoy, but he vowed to continue getting better in the future as he promises to be tireless in honing his craft for UST.