And he has every reason to.

Nonoy hasn't been shooting well in his first seven games in the seniors division, going only on a 23-percent clip from the field.

But he rectified those on Saturday with his 45-percent shooting, including a 4-of-7 shooting from threes to notch a season-best 18 points in The Growling Tigers' loss to Ateneo on Saturday.

Yet for Ayo, he fears that this improved shooting would lead the La Carlota, Negros Occidental native to veer away from UST's plans of making him a pure point guard.

"To be honest, I'm worried he scored lots of points because supposedly, he has to make his teammates better. Kaya lang nagkataon kanina na siya ang nao-open eh. Next game baka maghanap siya ng maghanap which is not his role," he said. 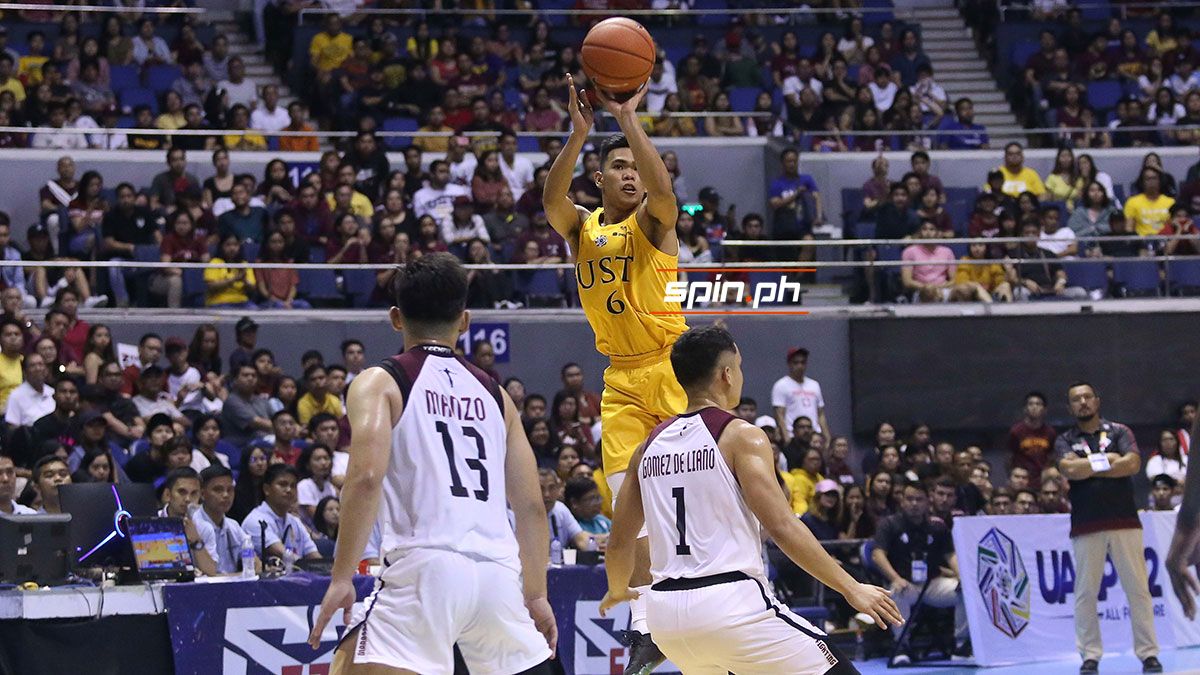 Ayo, however, shouldn't be worried as the 19-year-old Nonoy perfectly understands the niche the coaches want him to carve in the Growling Tigers.

Nonoy knows that its a tough transition for him, especially with how he did a do-it-all role for the Tiger Cubs last season, where he averaged 21.8 points, 8.9 rebounds, 6.0 assists, and 2.6 steals, including three triple-double feats.

But he's willing to do his part as he fully entrusts his future to Ayo.