One peso can go a long way, or so we’re often told by an adage often used to emphasize the value of smart spending. But the humble piso can really take you places.

Many know Belo now as one of the best amateur players in the land after his stint with Far Eastern University. It’s one of the more memorable collegiate stories in recent history — carved by an unknown left with large shoes to fill after FEU lost stars Terrence Romeo and RR Garcia to the PBA.

Years later, the shy probinsiyano has become one of the top prospects in the coming PBA rookie draft after an amateur career studded by a UAAP championship with the Tamaraws, a Finals MVP trophy, two gold medals from the Southeast Asian Games and, just recently, a Collegiate Player of the Year award.

Impressive really, but did you know that all these were made possible by a peso worth of cellphone load.

The amazing basketball journey all began for the reticent, lanky kid from Midsayap, North Cotabato when he played well enough in the CHED National Games held at the Philsports Arena years ago to catch the attention of many scouts, including then-FEU coach Bert Flores.

Flores would scout a few more games by Belo and was convinced enough to give his calling card to the young cager. 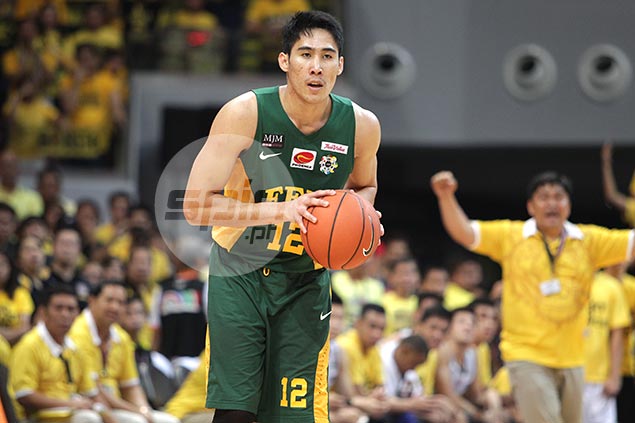 But it wasn’t just FEU which was interested in recruiting Belo at that time. In fact, he had already been approached by Jose Rizal University before Flores made his pitch. And on his way back to the province, Belo was already awaiting a call from JRU officials.

It was at that point when Belo remembered Flores’ calling card. It had been some time since he last met the FEU coach, and he was curious if the Tamaraws would still be interested in him.

He had a choice whether to contact JRU or FEU at the time. Unfortunately for Belo, he could only choose one, forced in the situation by the lone peso worth of load left in his mobile phone.

To his surprise, Belo immediately got a response from the then FEU coach.

The 22-year-old King Tamaraw said his parents were supportive of his decision to try his luck with FEU, especially after he laid out his plans.

As his outstanding college career came to a close, Belo expressed his gratitude to FEU, which gave him the chance to become the best basketball player he can be. And he's excited to move on to the next stage of his career — the PBA.

Regardless of what happens from hereon, he'll be forever grateful to FEU - and thankful for that one text that changed his life forever.