BONG Tan will be with University of the East whenever his busy schedule permits.

That's the assurance active consultant Lawrence Chongson said of the unique coaching setup that saw the school head honcho call the shots for the Red Warriors on Wednesday.

"If he's here, he's not busy. If he can make it, if wala siyang mga ibang commitment, so ok kami. It's all good," he said.

The frank executive, however, noted that the proof is in the pudding and regardless of the titles, it's quite obvious what the situation is on the UE bench.

"Lahat naman kayo may mata. Do we need to press release or are we going to believe in lies or charades? Di ba lahat tayo mayroong mga mata. Sense of judgment, di ba?," he said.

Chongson was active in every sense of the word as he was obviously the one calling the shots for the squad, a day after former coach Joe Silva tendered his resignation in Recto.

Sources bared that the former Tanduay coach has been the one coaching the team for the past four months in the leadup to the season, a fact that he confirmed after his UE's 95-82 defeat to University of Santo Tomas in its opening assignment in the UAAP Season 82 men's basketball tournament.

"Not to offend anybody but four months ko sila kino-coach. Si coach Joe, alam naman ito eh and he was a part of it. He just wouldn't let go of the title. He's allowing me to coach them while he keeps the title, doon lang naman nagkatalo eh. Di ba it's nothing new," he said. 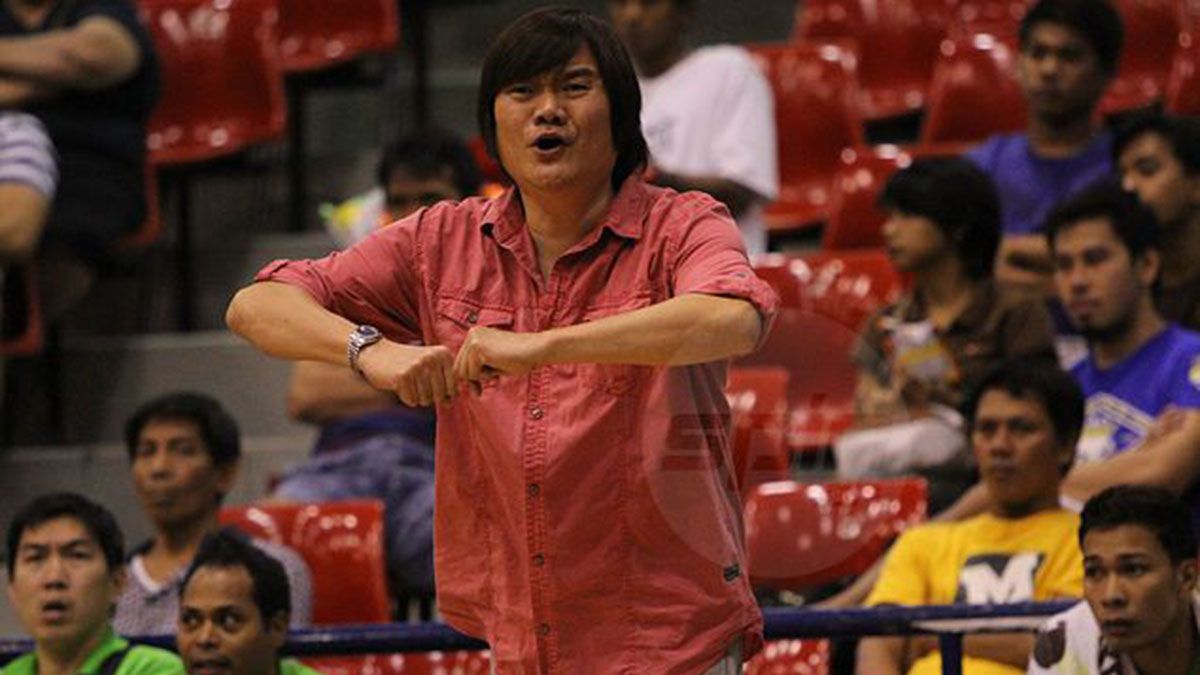 That's why as much of a distraction was the coaching tumult was for the team, the Red Warriors were quick to accept the changes and keep their focus on the season.

"When he left, no big deal nga sa mga players eh. It was a non-issue with the players with him leaving. Ang naging issue yung medyo some people in the school tried to interfere and tried to make a circus out of it," he said.

"Good thing is my players, ine-empower ko sila eh, not only sa basketball but in life and later on in their lives, on big decisions to decide. May nakalagay sa press release, bakit naniwala tayo? I want them to be smarter than that, on those things beyond our control. We have to empower kids. Nasa kamay natin yan eh. Keep them on the right things while we wait for the opportunity. And nakikinig sila sa akin. Di lang basketball tinuturo ko pati sa buhay, kung alin ang totoo sa hindi."

Chongson, however, believes that UE can still be better than the team which showed up in opening day.

"May maipipiga pa yan eh. I've been handling them for four months now, so may ipipiga pa yan," he said as the Red Warriors fought back from 23 points down and even cut the lead down to 10 before faltering to the Growling Tigers late.

"Baka namalahibo lang sila dahil debut sa UAAP. They can say all they want, but debut ng mga bata, jitters, excitement all put together. But it's the first game of the season. We've been through some turmoil in the past few days and I would only hope it would toughen us up as we go along."

UE tries to bounce back on Sunday against FEU.