RHENZ Abando turned it on late as he rescued the error-prone University of Santo Tomas in an 87-74 come-from-behind win over National University in overtime on Sunday in the UAAP Season 82 men's basketball tournament Sunday at Mall of Asia Arena.

The Sto. Tomas, La Union native woke up in the nick of time, scoring 13 of his 21 points in the fourth period through the extra five minutes to help the Growling Tigers crawl back from a five-point deficit in the final minute of regulation.

The Bulldogs looked poised to score the upset after Shaun Ildefonso's putback with 42.3 seconds remaining in regulation put them up by five, 68-63.

UST's defense, however, forced two turnovers on Enzo Joson in the clutch, leading to two Zach Huang free throws that tied the game at 68 in the last 17.9 seconds.

Joson redeemed himself with a layup with 6.5 seconds to spare, but UST caught the Bulldogs' defense napping with an attack that led to Soulemane Chabi Yo's tying basket, 70-all, with 2.1 seconds left.

NU would unravel from that point on as Abando - who hit two three-pointers to pump life into UST late in regulation - drained two more treys in the overtime period, the last of which put UST up, 81-73 with 2:37 to play. 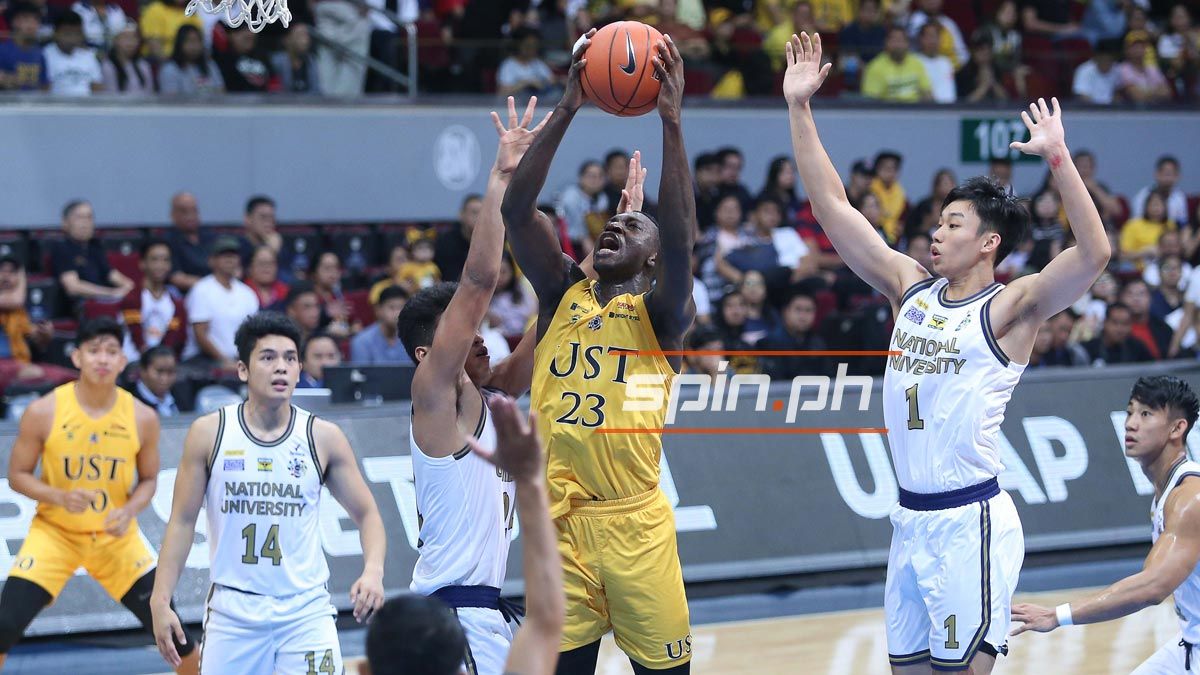 "Buti bumuhos pa rin yung mga bata especially sa last six seconds. While our opponents were celebrating, were able to convert and force it to overtime."

Abando also had six rebounds and two assists in the affair after shaking off a lackluster showing in the first three quarters.

Chabi Yo was the stabilizing force for the Growling Tigers with 23 points, 20 rebounds, and four assists as they bounced back from their tough 71-70 defeat to Ateneo last Wednesday.

Sherwin Concepcion added 13 points and six rebounds, while Mark Nonoy atoned for a horror 1-of-13 clip by playing solid defense. He finished with nine points, six boards, and two assists to help UST improve to 3-1.

That, however, was despite the Growling Tigers committing 25 turnovers in the game and allowing the Bulldogs to get 21 easy points off of those.

The loss sent NU to its third straight loss to remain as the lone winless team this season.

Dave Ildefonso powered the Bulldogs with 16 points and six rebounds before fouling out at the 2:52 mark of the overtime period, while John Lloyd Clemente had 12 points and seven boards.