THIS coming Wednesday, Far Eastern University and National University will dispute the UAAP men’s basketball championship in a winner-take-all affair at the Smart Araneta Coliseum after splitting the first two games of their best-of-three title series. 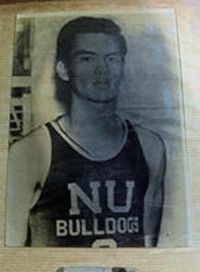 The Tamaraws are looking to end a nine-year title drought, its league-most 19th and last championship coming in 2005 with a team bannered by now PBA stars Arwind Santos, Jeff Chan and Jonas Villanueva along with the likes of Mark Isip and RJ Rizada.

For the Bulldogs, it has been exactly six decades since it last won its only UAAP men’s basketball title. NU is actually looking to reprise its 1954 win which was also at the expense of FEU.

Hardly no one remembers the members of that last NU championship run until a tip from former PBA cager Gerard Francisco, now an assistant coach at Letran and the women’s national team, led us to his cousin, Cecile Sapida-Javier.

It turned out Javier’s father, Nestor Sapida, was a member of that last NU title squad which, from a photo posted by the former on her Facebook account , had eventual national team standout Antonio Villamor as its star player and P. Naval, A. Calara, M. Ordonez, E. Alvaro, E. Legaspi, L. Bitacura, R. San Juan, M. Teh and P. Versoza as his other teammates.

The team was coached by Leonardo 'Skip' Guinto, who would later on become one of the first officials of the national basketball body and the founder of the country's first golf tour.

Sapida, now 78, is a first cousin of Gerard’s father, Ben, who was also a former NU Bulldog but had just graduated when the school won its only UAAP title in 1954.

After graduating, the elder Francisco went on to become a teammate of Caloy Loyzaga in the Philippine team that finished third in the 1954 World Basketball Championships, which to this day stands as the highest finish ever by an Asian team in a world cage tourney. 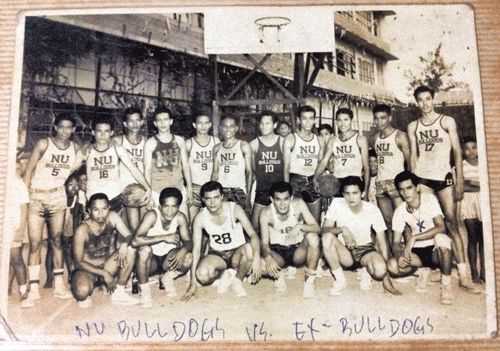 While Ben Francisco succumbed to lung cancer in 2002, Sapida is still going strong and continues to manage the family’s funeral parlor business in Dasmarinas, Cavite. He is also one of the officers of the famous Citizen's Brigade Band of Dasmarinas.

According to Cecile, his father is nervous about his scheduled interviews with two rival networks which want to ask him about NU’s title run 60 years ago. He was actually invited to watch Wednesday’s Game Three but since Cavite is quite far from the Big Dome, the family is uncertain if he can come although he is very much interested to cheer for his alma mater.

According to his daughter, Sapida isn’t aware if any of his NU teammates are still around, but he is hoping this small publicity he’s generating can reach out to them and their families.

And hopefully he can have additional company cheering for NU as the Bulldogs try to end a 60-year title drought.

Here's a picture of that NU champion team - a rare breed of Bulldogs, indeed. 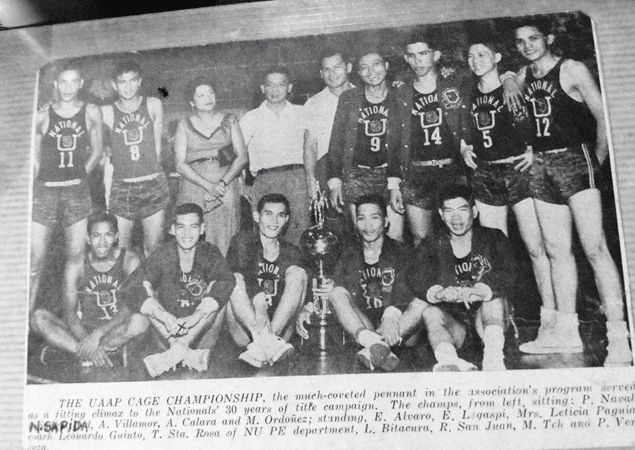