LA Salle shut the Final Four door on National University after beating the Bulldogs, 76-65, on Sunday at the end of the UAAP Season 84 seniors basketball tournament eliminations at the Mall of Asia Arena.

Joaqui Manuel drained crucial shots as the Green Archers weathered a rally by the Bulldogs in the third and fourth quarters to take a win the team did not need, even in the absence of starting big man Justin Baltazar. 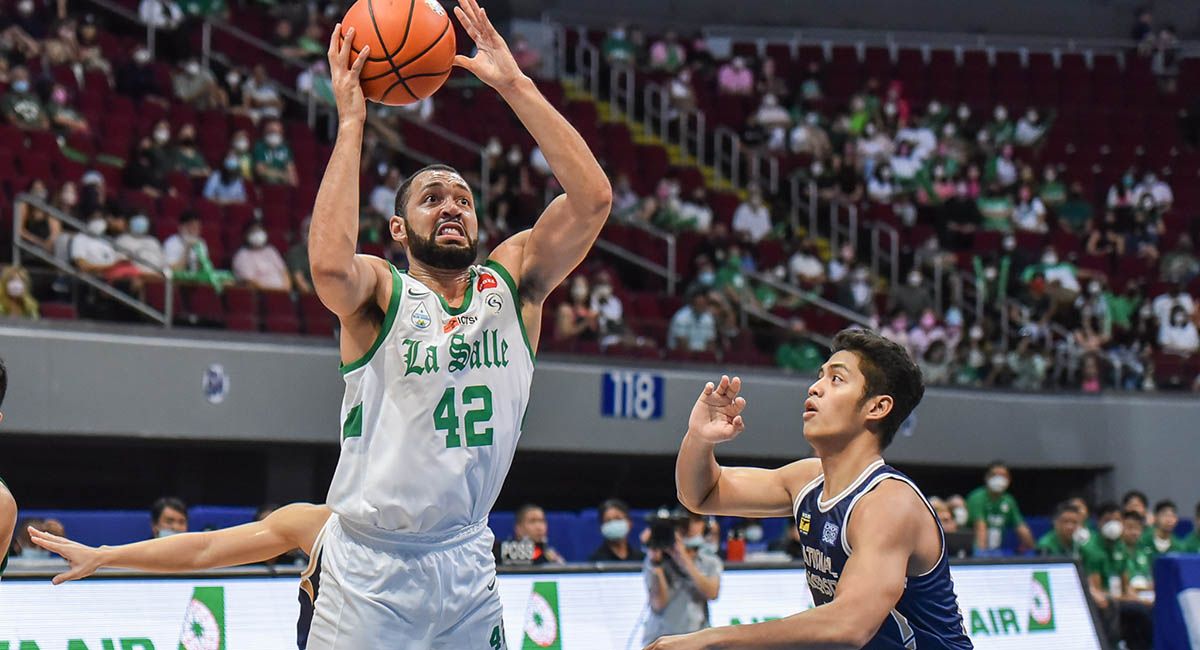 Manuel finished with 20 points as the Green Archers ended the eliminations with a 9-5 win-loss record, ousting the Bulldogs [6-8] who were reduced to tears on the sidelines at the end of the match.

The La Salle win also enabled Eastern University to take the fourth and final spot in the postseason that will either be a stepladder or traditional Final Four format depending on the result of the Ateneo-University of the Philippines clash in the day's final game.

Tears fell over the NU side's unceremonious exit among players including Shaun Ildefonso, one of the veterans of the team, after a gallant stand by the Bulldogs.

Manuel finished with a team-high 20 points on 4-of-9 shooting from threes, Philips had 15 points and 15 rebounds, and Kurt Lojera added 11 points for the Green Archers, who also got 11 assists from Evan Nelle.

“We are treating each game as a playoff game. We want to have that momentum into the palyoffs,” said Pumaren.

John Figueroa topscored for NU with 20 points along with 14 rebounds, while also clustering a couple of field goals to keep the game close after the Bulldogs trailed by as many as 15.

Michael Malonzo had 13 points and seven rebounds for NU, which faltered to 6-8 while snapping a two-game losing skid to close the season.