LA Salle was in pure disbelief when Rhenz Abando's desperation shot in the waning seconds found the bottom of the net.

"Noong una, nakakapanghinayang," shared Andrei Caracut, who committed the costly turnover after being swarmed by the University of Santo Tomas defense that led to Abando's shot.

The Green Archers looked poised to an pressure-free win after establishing a 12-point lead, 69-57, with 7:15 remaining. But the Tigers went on a furious rally and appeared to tie the score at 80-all when Abando pulled up from three-point land on a fastbreak and made the shot.

But it turned out it wasn't a three.

Video reviews showed that Abando's right foot touched the line as he went for the shot, thus ruling the bucket as just two points with 1.5 seconds to spare. 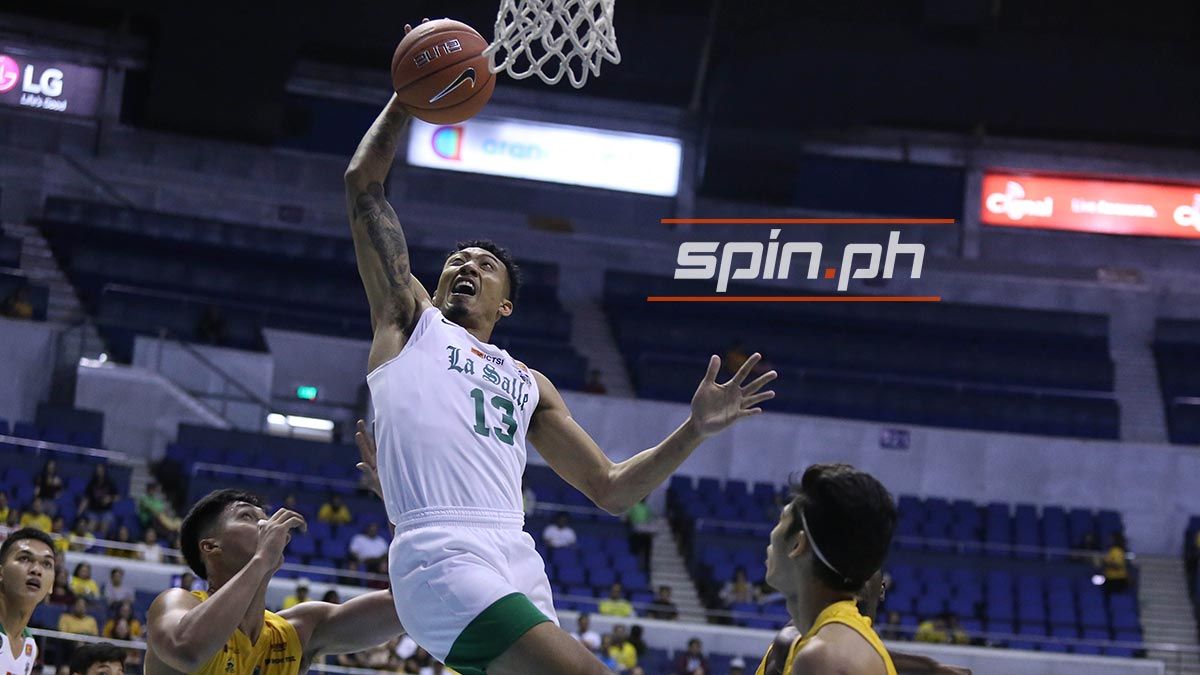 Caracut then atoned for his miscue with a smart play in the ensuing inbound, bouncing the ball off the back of Ira Bataller before running down the clock to preserve the 80-79 squeaker for La Salle.

The win, La Salle's sixth in 12 games, kept the team in the Final Four picture.

Melecio only has Abando's errant foot to thank that the Archers still have hope.