LA Salle staved off a late University of the Philippines rally to take an 82-80 victory and improve its Final Four chances in the UAAP Season 85 men's basketball tournament on Sunday at Mall of Asia Arena.

Kevin Quiambao unloaded 13 of his 18 points in the fourth quarter, including the two clutch free throws with 11.3 seconds left that made it a two-possession game after the Maroons cut a seemingly safe seven-point lead down to two.

The Green Archers almost fumbled this victory away, committing two crucial turnovers in the final minute that opened the doors for Zavier Lucero and JD Cagulangan's long bombs that pulled Maroons within two 80-78, with 12.5 seconds left.

With the victory, La Salle fanned its playoff hopes at 5-6 (win-loss) while snapping UP's seven-game win streak, dropping the league-leaders to 10-2. 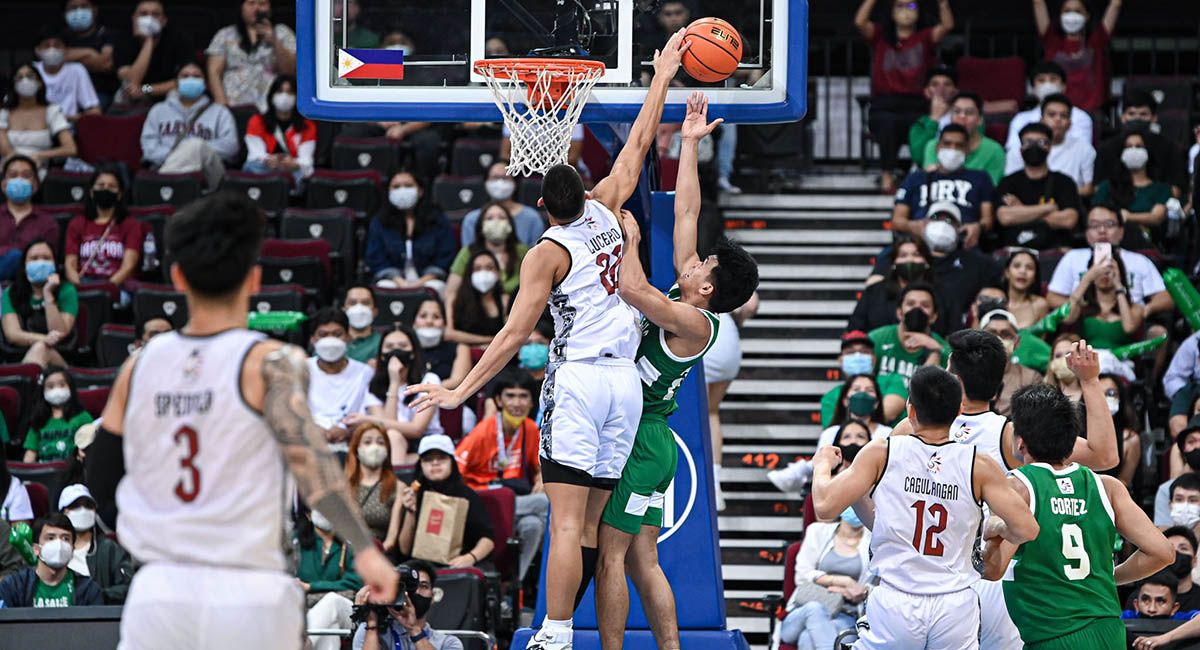 Quiambao also grabbed nine rebounds, one steal, and one block for the Green Archers.

Mark Nonoy was also a big spark for La Salle, scoring 13 of his 15 points in the Taft side's third quarter fightback from 12-points down, 58-46.

"I'll give it to the guys. I'm proud with the way we played today. We got down by 12 but we still regrouped," said coach Derick Pumaren.

Lucero led UP with 15 points and six rebounds, as Carl Tamayo only went 6-of-15 from the field for his 14 points and seven boards in the defeat.