LA Salle continued its resurgence with a third straight win, stifling National University, 63-58, on Wednesday to tighten its grip of the fourth spot in the UAAP Season 85 men's basketball tournament at Mall of Asia Arena.

Penny Estacio was a big spark for the Green Archers, scoring all of his 13 points in the third quarter as he outscored the Bulldogs by his lonesome in the frame and helped the Taft side improve to an even 6-6 record.

Evan Nelle chipped in 10 points and two assists, including the backbreaking three at the 3:19 mark that doused NU's late barrage and restored the lead back to 10, 58-48. 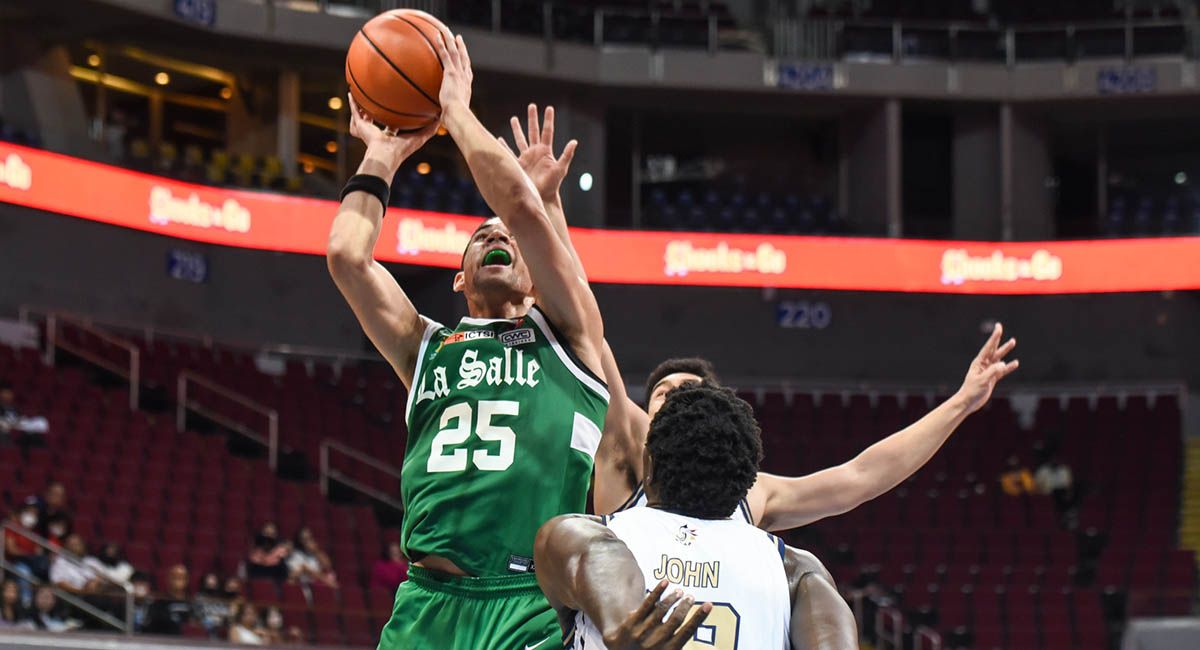 "It was pretty hard for us. It was a dogfight out there," said coach Derick Pumaren. "We know that NU is the second hottest team in the league right now, they're the No. 2 team. We just gotta keep pounding, keep digging out there to get the victory."

Schonny Winston kept his MVP bid alive, playing his first game after missing the last four due to a calf injury. He only logged three seconds of play late in the first quarter.

It was a tough loss for NU which missed out on the chance of securing at least a playoff for the top two spot, seeing its four-game win run snapped to fall to 9-4.

The Bulldogs, though, kept on chipping late behind Jake Figueroa and still got to within five late.

John Lloyd Clemente added a double-double of 15 points and 11 boards, but the Bulldogs' anemic offense once again showed with the team shooting only 32-percent from the field and a paltry 3-of-25 shooting from deep.