LA Salle coach Derick Pumaren can take losing, but what he can't take is the complete lack of fight.

It explains how hard he is towards his guards Evan Nelle and Mark Nonoy as he emphasized the need for the court generals to lead the Green Archers to victory.

"We had a fight cause in all honesty, in the first half parang we didn't have that animo spirit," he said after La Salle's 72-69 loss to University of the Philippines on Saturday.

"I challenged them in the second half. That's why we just have to keep having that animo spirit for 40 minutes and keep fighting. Para kasing we didn't have a fight in the first half, that's why I said it's a lethargic first half for us. And of course, they wanted to win, we all wanted to win, but things did not fall in the right places."

The Green Archers found themselves down by 16 points in the first half before rallying in the fourth quarter where they got to within two, 71-69.

La Salle still had a shot to force overtime after Ricci Rivero's split from the free throw line in the last 8.6 seconds, but Nonoy muffed his left-corner three, hitting the top of the board as time expired. 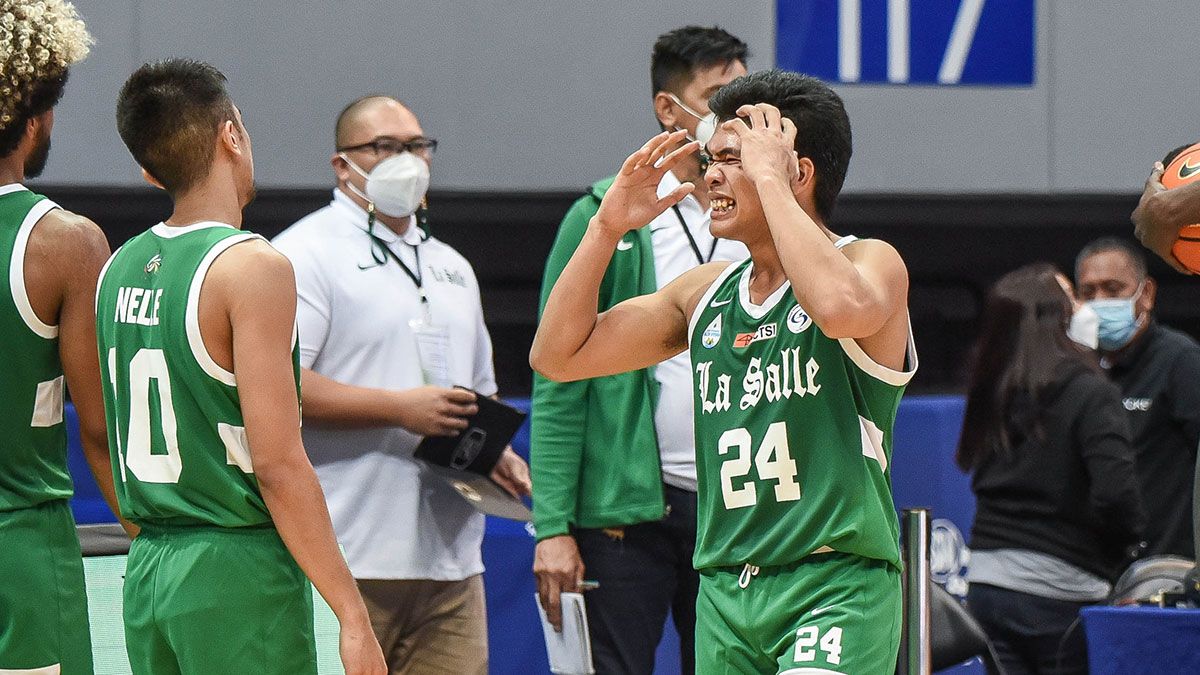 Despite Pumaren's frustrations, he indicated that the last play was really drawn for Nonoy.

It's just that the former UAAP Rookie of the Year could not find the bottom of the net in that last play.

"It was a designed play for him. He was open, but he just missed an open shot," said Pumaren. "When there's an open three, then we'll take the three-point shot. But he just didn't make the shot. He had the shot, he had the open shot, but he didn't make it."

That botched three typified the frustrations that the Green Archers had in that game with Nonoy and Nelle playing subpar games to Pumaren's standards.

Nonoy scored seven points on 2-of-7 shooting from the field, to go with five rebounds and one assist, while Nelle shot a horrendous 3-of-12 clip to wound up with seven points, four assists, three steals, and two boards. The two combined for four of the team's 12 turnovers in the defeat.

Nonetheless, Pumaren is hopeful that this loss can shake La Salle to its core, that it has to bring its A-game every game and not just pick its spots and believe that its talent can trump other teams.