LA Salle's big man of the future looked very capable of taking care of the present for the Green Archers.

Amadou Ndiaye was a force to be reckoned with in EcoOil-La Salle's 102-90 victory over Wangs-Letran in the 2020 PBA D-League Aspirants' Cup on Monday, coming away with 12 points, eight rebounds, and two blocks in his debut.

The Senegalese center has tough acts to follow after the departure of Ben Mbala and Santi Santillan for La Salle. But the 6-foot-11 banger looked up to the task, judging from his debut in the green and white.

Yet La Salle coach Derrick Pumaren feels Ndiaye is still far from what he envisions him to become for the Green Archers.

"He was here last year but I don't think he's ready to play. To me, it seems like we're preparing him for the next season. Parang start from scratch kami with him, but he's getting there," the veteran coach said. 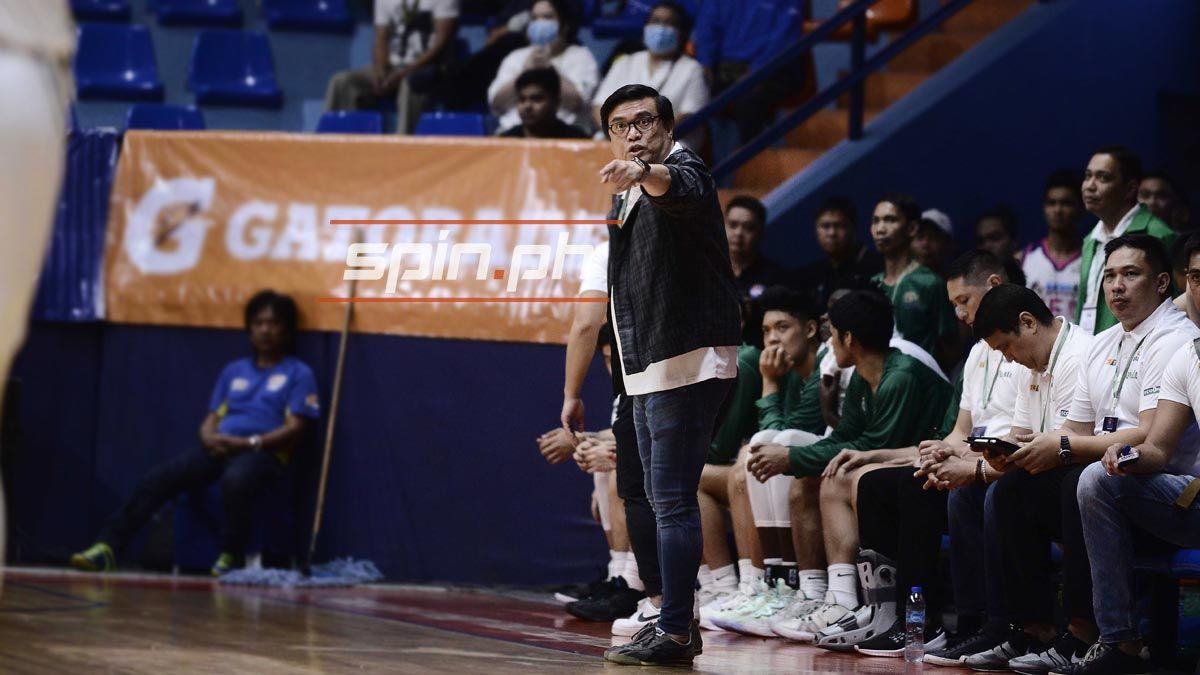 His penchant for getting into foul trouble sticks out in Pumaren's mind. Against Letran, Ndiaye was limited to just 19 minutes by foul trouble before eventually fouling out.

"He needs to stop fouling. We need to get over that hump to get to our rhythm," said Pumaren. "He just has to get used to play the way that I want him to play, to sacrifice more, to rebound more, and of course, to stop fouling."

The upside is Ndiaye's still young - he's only 21 - and that's enough for Pumaren to believe that he can still turn his slotman into a juggernaut in the near future.

"We know what he can do," he said. "He just has to get used to the physicality. He has to toughen up more, especially on defense. Offensively, he has no problem, but defensively, that's what he has to work on."

Ndiaye hopes to live up to Pumaren's expectations.

"I'm learning every practice and every game and I'm going to listen to him because he's a good coach," he said.