JUSTINE Baltazar refused to let his collegiate career come to an end, carrying La Salle to an 83-80 win over University of the Philippines on Wednesday at the Mall of Asia Arena and extending this Final Four playoff to a deciding game.

The senior forward from Pampanga powered the Taft side with 15 points, 18 rebounds, three assists, and two blocks as the third-seeded Green Archers stayed defiantly stayed in the title hunt in the UAAP Season 84 men's basketball tournament.

Guard Evan Nelle was also magnificent with his 26 points on 5-of-9 shooting from distance, to go with seven assists, six boards, and three steals in a game La Salle dominated but nearly blew in the face of a last-ditch UP comeback. 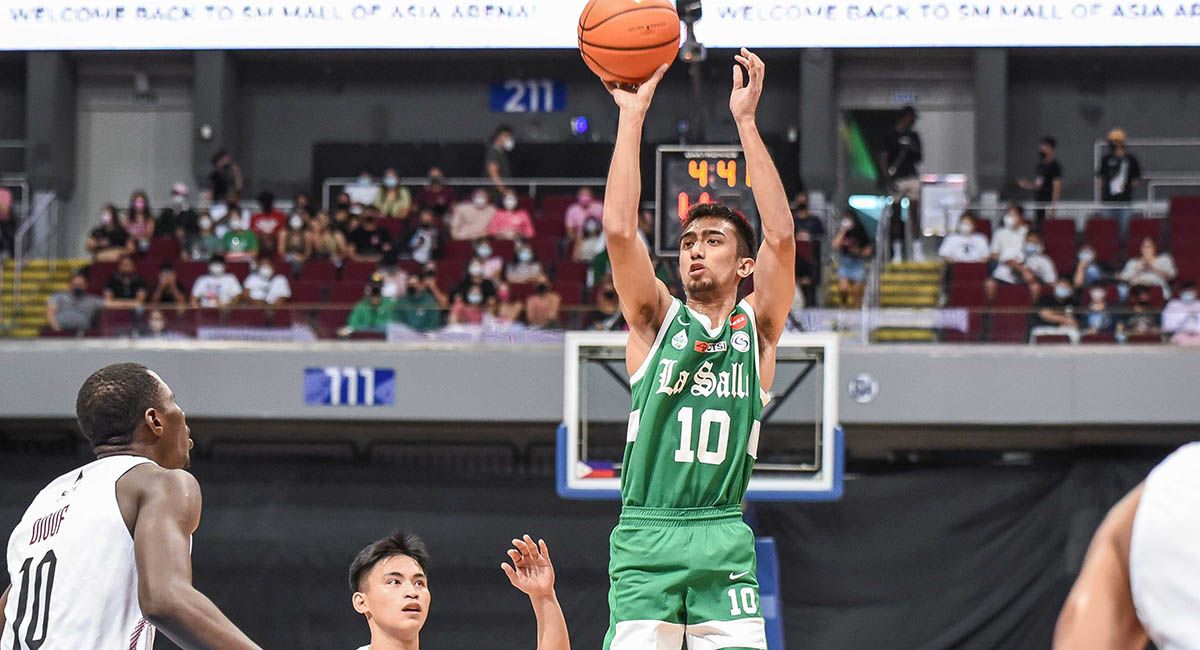 The game wasn't without its tense moments for the Green Archers as the second-seeded UP Maroons fought back from a 16-point deficit and cut the lead down to three, 81-78, after a Gerry Abadiano three in the last 13.4 seconds.

Nelle split his ensuing free throws for the third-seeded Green Archers to make it a four-point game, but Ricci Rivero could not find the bottom of the net on his late trey that led to Nelle icing the game for good in the last 5.1 seconds.

Sudden-death Game Two is set on Friday, still at the same venue.

La Salle has not made it to the championship series since 2017 back in Season 80 when Ben Mbala was still with the team.

"It was really a team effort. Everybody was on the same page in today's game. We're happy that we won the ball game but we only tied the series. There's still one more game and we have to go back to the drawing board after this. We have to play and be ready for the comeback of UP on Friday."

Kurt Lojera also extended his La Salle career by at least another game with his 11 points, five rebounds, and four assists, while Phillips grabbed 15 rebounds on top of seven points and two blocks for the Green Archers.

It was also the fifth consecutive postseason defeat for UP as it squandered its twice-to-beat advantage and will now go to a do-or-die battle in two days' time.

Malick Diouf finished with 18 points, 20 boards, three assists, and three blocks to lead UP, which looked lethargic after its big 84-83 win over Ateneo last Sunday.

The Fighting Maroons also missed the services of CJ Cansino who sat the game out due to a bone bruise on his right knee.