CJ Austria saved La Salle in the clutch, sinking the game-winning three at the buzzer to lift La Salle to an 81-78 stunner over Adamson on Thursday in the UAAP Season 85 men's basketball tournament at Smart Araneta Coliseum.

The sophomore guard caught a perfect pass from Ben Phillips on the left wing to deliver the dagger over the outstretched arms of Lenda Douanga and end the Green Archers' four-game losing skid. 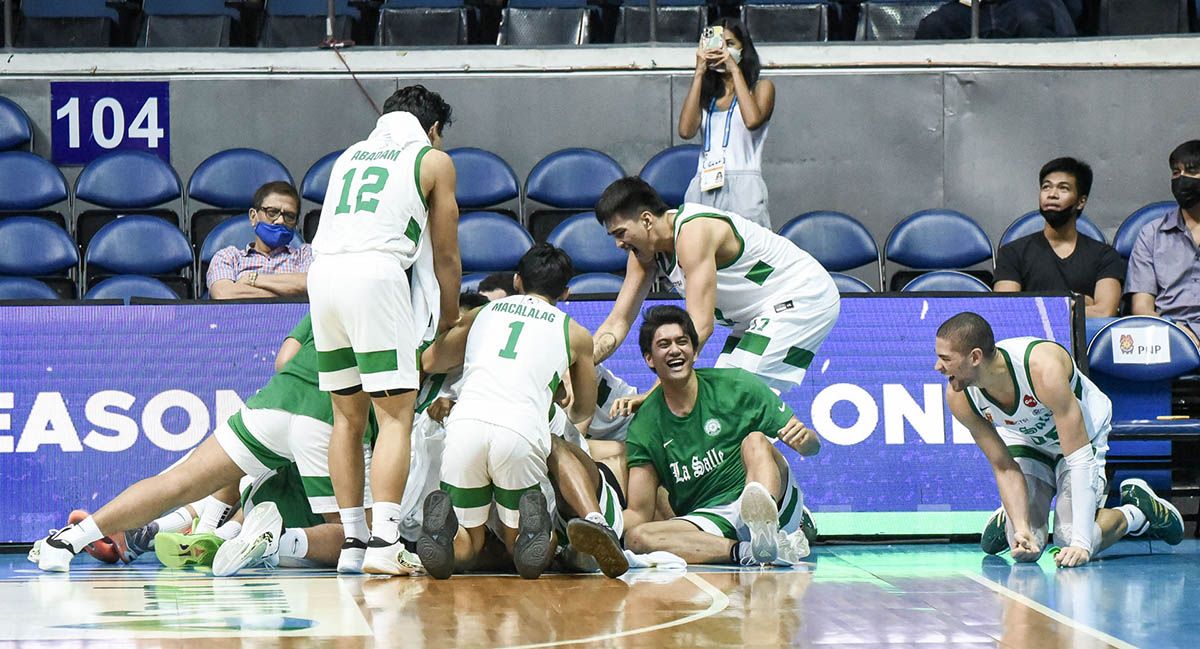 Ben Phillips also buried all of his three three-pointers in the fourth quarter for his 14 points, nine boards, two assists, and two steals, as his brother Michael notched a double-double of 14 points, 10 rebounds, and three steals, including the game-tying tip in the last 41.5 seconds that knotted the score at 78.

"I think it was a total team effort. we worked hard for it," said coach Derick Pumaren. "I've been telling the boys that we cannot lose our poise in there, we have to dig deep and work hard and good things will happen. Good thing yung tira ni CJ, galing sa heaven yun."

Adamson put a tough stand despite still missing the services of Jerom Lastimosa and even had a shot to win the game, but Lenda Douanga missed his late three from the top of the arc which gave La Salle the final say to the game.

Aaron Flowers also stepped up with his 15 points and five boards, as Douanga, Didat Hanapi, and Joaquin Jaymalin all got 10.