The 6-foot-4, 165-pound point guard has verbally committed to play for Ateneo, adding more star power to the already super-charged Blue Eagles, whose dynastic reign was snuffed by UP in the finals of Season 84 last June.

The Gamber-Ateneo tie-up consummates a long courtship that had been marinating since last October when head coach Tab Baldwin first laid eyes on the prized gem during a tryout at a gym in Burtonsville, Maryland.

Over these past months, as his profile increased exponentially, Gamber has received interest to play for U.P. and La Salle. In fact, a Maroons contingent led by prominent alum Pato Gregorio and several coaches met with the Gambers via Zoom two days ago and made an impressive push.

I also have personal intimate knowledge that a middle man who requested anonymity and claimed to be representing the interests of La Salle tried to convince Kyle to play for the Green Archers where he will receive a fat signing bonus and "incentives" of up to $40,000 a year.

But Baldwin, an indomitable force who has brought three titles to Ateneo since 2017, has proven to be a tireless, relentless recruiter.

Coach Tab traveled to Maryland yesterday and met with Kyle and his parents at a TGIF restaurant in Silver Spring. Also in attendance was head coach Erik Quintana of the AAU team Familya Washington DC. 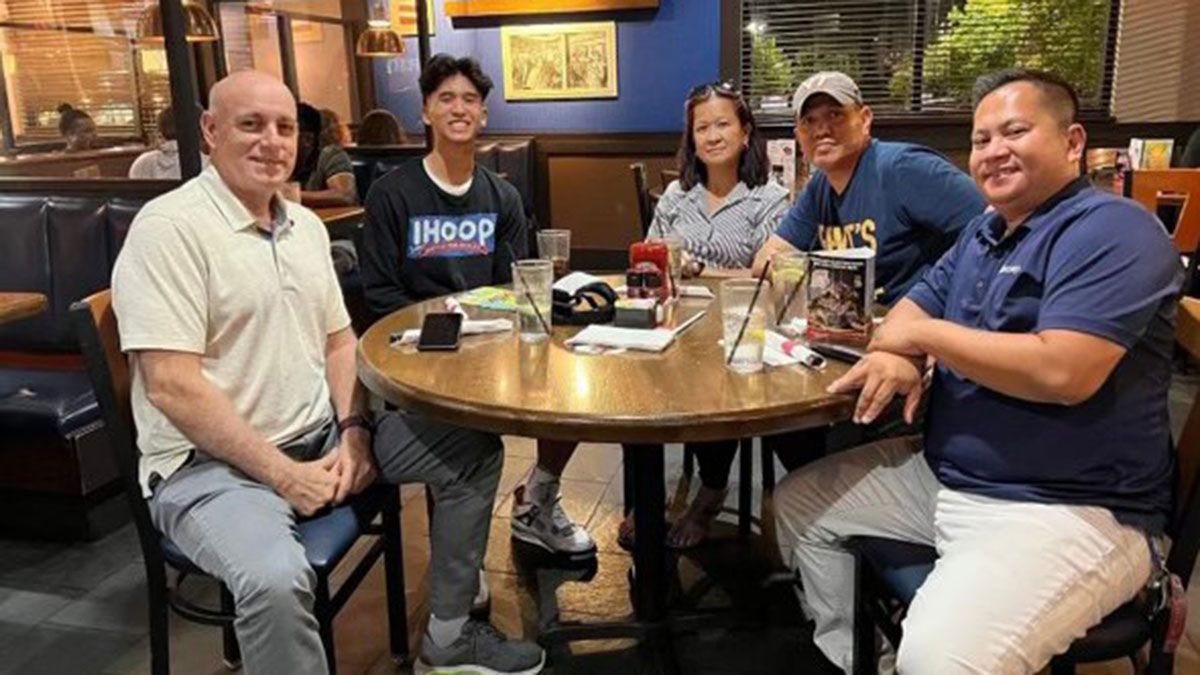 During the meeting, which lasted until the small, wee hours of the morning, Baldwin pitched for Ateneo like it was the World Series.

When the two sides parted ways, an agreement was in place.

While at Ateneo beginning as soon as next year, Gamber will be housed at a condo unit within walking distance of the university. Help in acquiring a shoe deal worth up to $10,000 was also reportedly floated along with several other perks.

BITTER RIVALRIES among powerhouse teams heavily funded by influential and fabulously wealthy boosters have made playing hoops in the UAAP lucrative.

Most recently, a prominent UAAP recruit was said to have been acquired with the lure of a P7 million signing bonus, a top sports agent told SPIN.ph. A US-based sports group also got a P2 million "finder's fee" according to the source.

So are these bonuses and incentives illegal?

"Technically, they are since they aren't reasonable allowances under the law," Mickey Ingles, the most prominent sports law attorney in the Philippines, told me via text message.

But absent any transparency, a paper trail, and the tacit acknowledgment from both parties, these monetary enticements, or whatever euphemism one chooses to apply, are difficult to prove.

"There's the rub," Ingles added. "They should limit that or else we'll just have a bidding war for recruits."

Per the Student-Athlete Protection Act or SAPA, recruits and student athletes are entitled to "tuition, full board and lodging, uniforms, reasonable regular monthly living allowance, medical examinations and consultations, life and medical insurance, and other reasonable and similar benefits that would further enhance the academic and athletic performance."

OBVIOUSLY, THERE IS NO MENTION OF MILLIONS OF PESOS IN PAYOUTS.

But as a smart man used to say. the law is black and white but a good lawyer will always find the gray area.

So what is needed to purge the splurge?

"It's all up to the UAAP if they allow it since they're given the discretion what the allowable benefits will be. But in the end, it should be within the intent of the SAPA , which is to prevent commercialization of athletes," Ingles explained.

I say scrap the SAPA and let the schools openly pay whatever they deem appropriate for a talent. I mean that not be reckless or disrespectful to those who advocate for a level playing field.

But what purpose does a rule serve when the rich heavy hitters don't abide by it anyway?

I called UAAP executive director Rebo Saguisag for comment but my three attempts to connect were unsuccessful.

Meanwhile, the bidding wars will continue.