Kiefer Ravena talks about his friendship with Baser Amer: 'It's something special'

They may belong to rival teams and have contrasting personalities, but that hasn't gotten in the way of a deep friendship that has developed between Ateneo star Kiefer Ravena and San Beda ace Baser Amer.

Kiefer of course is gregarious and famous, the son of former star athletes Mozzy and Bong Ravena whose rise to stardom came almost naturally; Baser is the introvert, born and raised in their humble home in Davao before being recruited to play in the Big City.

Yet the contrast hasn't prevented them from forging what is considered one of the most solid friendships in college sports today.

Kiefer recalled with fondness how he immediately hit it off with the soft-spoken Baser when they first met back in high school while playing together in a basketball camp.

The two had become so close since then to the point that they’re being teased of having a ‘bromance.’

Kiefer just shrugged off the notion and said he doesn’t want to put a label on his friendship with Baser.

“It’s something special,” he added. 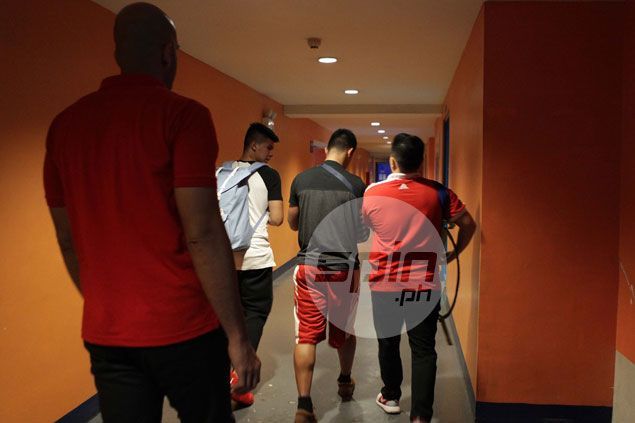 The two were among the prized recruits upon graduating from high school in 2011. And all eyes were on them as fans awaited on whether they would stay with their alma mater or not, Kiefer with Ateneo and Baser with San Beda.

In fact, each other’s opinion mattered in their decision making.

“When we were high school, we were sought after by so many schools. Nagtutulungan kami kung saan dapat magpunta,” said Ravena.

Although Kiefer does not want to say who’s the better player between the two, what’s certain is that they'll bring the best out of each other if they are going to play together in one team.

“Kasi even though we’re in the same position, our styles are very different eh. I score a lot, while he passes the ball very, very well,” he added. “Complimentary to that if we’re on the same team, it works for each other, mabi-bring the best out of both of us.”

The two already played together with the Gilas cadet team in the recent 28th Southeast Asian Games in Singapore where the nationals bagged the country’s 11th consecutive gold medal.

As he PBA beckons, questions remain on whether they will finally become teammates in the PBA or continue to play against each other.

Kiefer does not want to look too far ahead. He just wants to take his time.