Gian Nazario lauds flu-stricken Archers for playing on against UE

COACH Gian Nazario was relieved La Salle managed to pull off a big win, lauding key Archers for fighting on despite illnesses.

Justine Baltazar had the flu but played on to lead the Archers, posting a huge double-double of 23 points and 12 rebounds in nearly 40 minutes of action against University of the East.

Jamie Malonzo, who was suffering from flu-like symptoms, had 12 points as the Archers improved their record to 5-5. 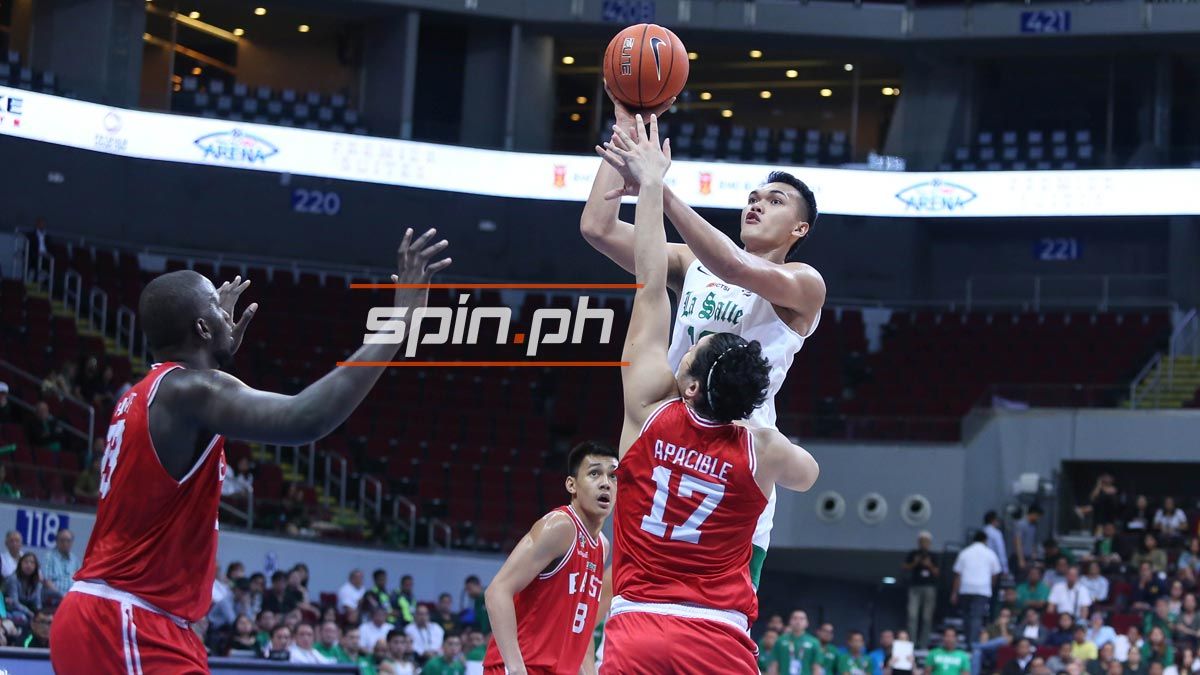 Aljun Melecio and Andrei Caracut also had the flu but played on, delivering four and two points, respectively.

Add those to the growing injury list for the Green Archers which already had Kurt Lojera, Tyrus Hill, James Laput and Keyshawn Meeker, and coach Gian Nazario said had no idea if La Salle could survive the game.

"We weren't really sure what kind of team we were gonna bring in today. Hindi kami sigurado if they will be able to push through with the fatigue, understanding what they’ve been going through the past 48 hours," he said.

But the Green Archers held on, squeaking this one out to even their record.

"We're happy that we we're able to pull this win out. We really needed this one," sighed Nazario.

"This was really tough. Swerte kami na we were able to pull through."