To this day, former Falcon Jojo Hate is best remembered for his backboard-shattering dunk

[EDITOR'S NOTE: Below is the latest installment of our long-running Where R They Now series]

JOJO Hate was not exactly a superstar during his playing days in the UAAP, but he carved a reputation as a hard-nosed player who always found a way to get the job done for the Adamson Falcons during the early 2000s.

Yet for all his accomplishments, Hate is best remembered for one incident in a pre-game warmup.

That happened back in 2003, when the burly 6-foot-2 forward did the unthinkable before the Falcons' game against De La Salle by breaking the backboard of the Blue Eagle Gym during warm-ups, leading to the postponement of the UAAP men's basketball match.

Hate played in the old PBL at the end of his college career and never joined the PBA Rookie Draft before disappearing from the basketball scene, yet he remembered details of that board-shattering incident as if it happened only yesterday when SPIN.ph finally tracked him down.

Hate, now 32, said it wasn't even the first time he broke a goal during his career.

Hate bared that he already had fears of dunking after he suffered a fracture in his left hand when he landed awkwardly following a dunk attempt during his high school days.

The former Falcon said adrenaline got the better of him during that 2003 incident.

That’s when the board broke into pieces, and all he felt was a shower of shattered glass raining down on him.

In the middle of the frightening incident, Hate remembered the hatred he felt from fans, a good number of them from La Salle, who he said booed and hurled invectives at him for what happened, prompting him to retreat to the dugout to talk to then-Adamson head coach Luigi Trillo.

One mopman at the then-Loyola Gym even told Hate that he would have to pay P60,000 for the damaged board.

Hate said he received so much, no pun intended, hatred that the Falcons had to wait until majority of the fans had left the gym located inside the Ateneo campus before coming out of the dugout. 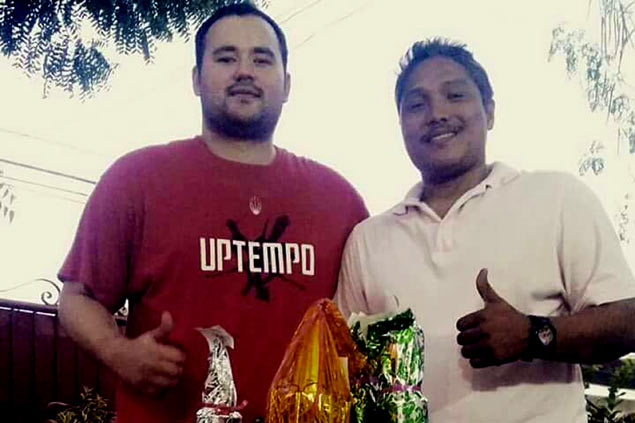 Hate went on to play for two more seasons until 2005 where he was part of a solid Adamson batch that included such players like Ken Bono, Chad Alonzo, Patrick Cabahug, Mark Abadia, Roel Capati, Reinell Catabay, Ramil Tagupa, Mark Kong, Melvin Mamaclay, and Leo Canuday, among others.

That Falcons batch was a perennial contender but never came close to a championship. After playing in the PBL, he was rarely heard from again until SPIN.ph finally got in touch with him with the help of some of his friends.

It turned out Hate now lives in Balagtas, Bulacan where he is busy tending to the family’s business of buying and selling antiques. He also coaches kids in his hometown and still plays in commercial leagues around the country when invited by some of his contemporaries.

Not surprisingly, mere mention of Hate’s name evokes memories of his board-shattering experience from cage buffs.

And each time, Hate’s response is the same.