ADAMSON relied on its fast start to hold off University of the East, 74-64, on Sunday and stay alive in the Final Four race of the UAAP Season 85 men's basketball tournament at Mall of Asia Arena.

The Soaring Falcons drew a big game from Cedrick Manzano, who had 11 points, 12 rebounds, and two blocks as they rose to a 5-6 card.

Didat Hanapi also shot 3-of-5 from deep for his 13 points, four boards, and three assists, as Lenda Douanga got 13 points, seven rebounds, and two dimes.

Jerom Lastimosa, initially ruled out of the season due to a dislocated right foot, stepped up to the plate and iced the game with two freebies with 19.5 ticks left. 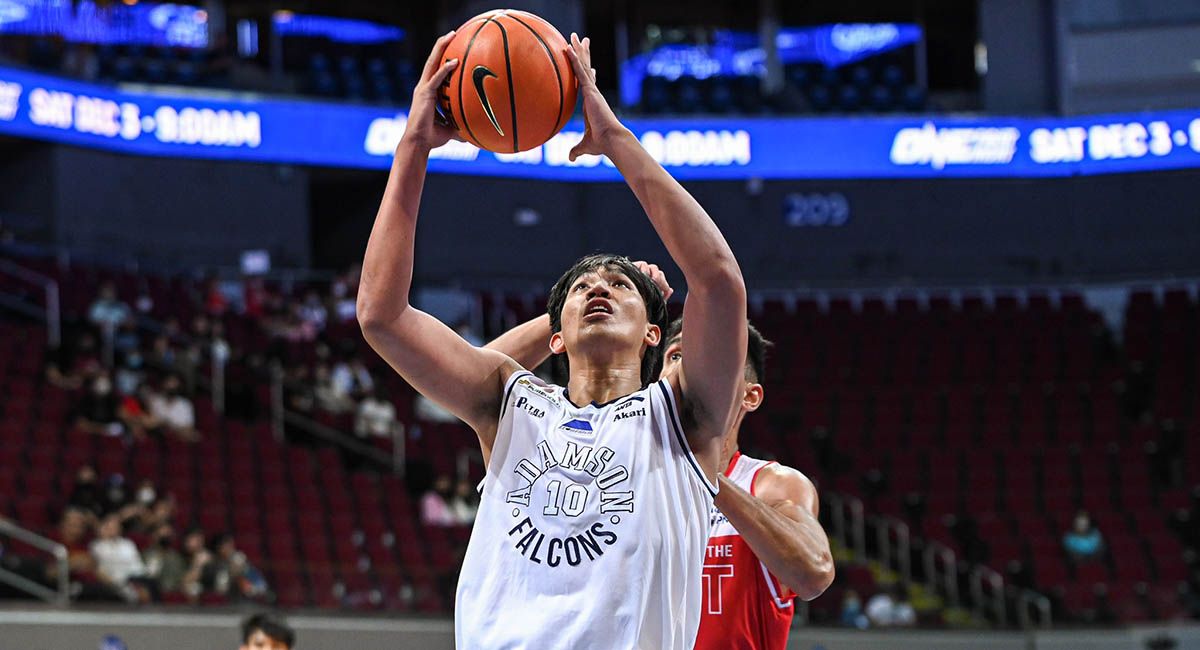 UE succumbed to its third straight defeat to drop to 4-8.

Luis Villegas paced the Red Warriors with 20 points on three treys, to go with six assists and two rebounds.

Kyle Paranada had 14 points on 4-of-7 shooting from downtown, as Gani Stevens got 14 points and three boards in the loss.