JEROM Lastimosa says he couldn't believe how he's still able to play at his best for Adamson after being initially ruled out for the season due to a dislocated right foot.

Playing his second game since the injury, the Dumaguete-born guard led the Falcons to a 75-70 win over Far Eastern University to stay in the Final Four hunt in UAAP Season 85.

SCENARIOS: Race to top two and the battle for the last UAAP semis spot

Lastimosa took more of a role of a spot-up shooter, punishing the Tamaraws with his five treys for a game-high 23 points in 18 minutes of play.

"He really started as two-guard naman eh," shared coach Nash Racela. "Today, he wasn't playing the point at nandoon lang siya sa gilid, abang-abang. That's why he was able to get open looks doon sa three-points and it's something that he really missed before he got injured." 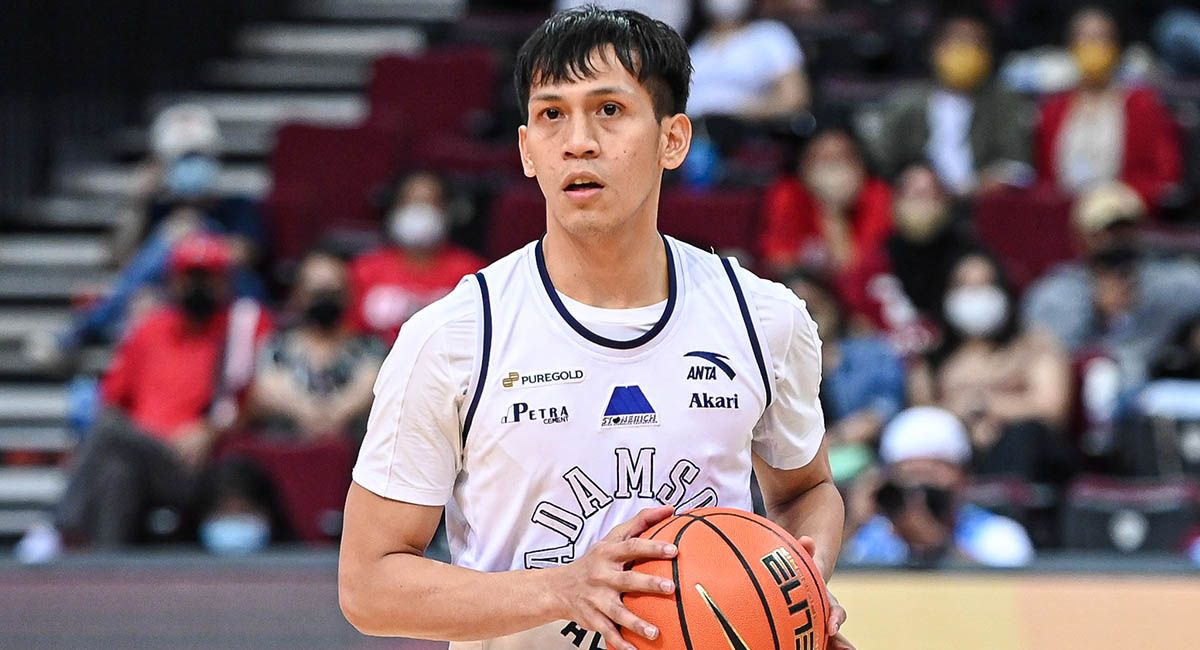 It was a fine performance for Lastimosa, who only shot 20.9-percent from deep before this game.

"If you look at his three-point percentage prior to his injury, napakababa talaga. Hindi ko alam kung saan niya kinukuha ang mga tira niya pero a lot of those were bad shots," Racela observed.

"But today, it's nice that his teammates were able to look for him, and make the right decisions. Kaya nandoon lang siya ready to take the shot."

Will Lastimosa pget more minutes? Racela, as always, keeps his cards close to his chest, with important games against National University and Ateneo up next.

"Well next game baka back to five minutes na lang yan, di ba? Hindi namin alam," he said. "We'll see what kind of adjustments we need to do moving forward."