FORMER University of Santo Tomas starting point guard Jeric Fortuna has expressed his desire to help his alma mater rise from the ashes.

The Varsitarian reported that the 28-year-old playmaker has submitted an application for an assistant coach position to the Institute of Physical Education and Athletics (IPEA) as the Growling Tigers begin their rebuild from the Bicol bubble controversy.

Aside from Fortuna, his former teammate Kim Lo has also applied for an assistant coaching job as UST starts afresh after the resignation of Aldin Ayo and the departure of five players including stars Rhenz Abando and CJ Cansino. 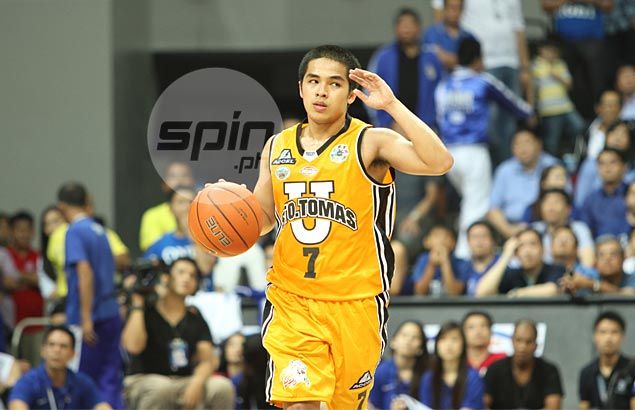 Among those who have threw their names to the mix were former UST players Siot Tanquingcen, Chris Cantonjos, Estong Ballesteros, Ed Cordero, Gilbert Lao, and Potit de Vera, as well as Rain or Shine assistant coach Chris Gavina.

Speaking to Spin.ph on Friday, Fortuna said he doesn't think he has the chops to be considered a candidate for head coach, but he expressed willingness to help the Growling Tigers in a lesser role as a part of the coaching staff.

Fortuna, who played for the Pido Jarencio-mentored teams from 2008 to 2012, was the court general for the UST squad which made it to the UAAP Season 75 finals before bowing to Ateneo.

He averaged 8.8 points, 5.2 rebounds, and 5.1 assists as he orchestrated the offense for the Growling Tigers bannered by Karim Abdul, Jeric Teng, and Aljon Mariano.

Fortuna was picked in the second round of the 2013 PBA Rookie Draft by Barako Bull before winning two championships with San Miguel. He also saw action for Phoenix and NorthPort in his four seasons in the pro league. 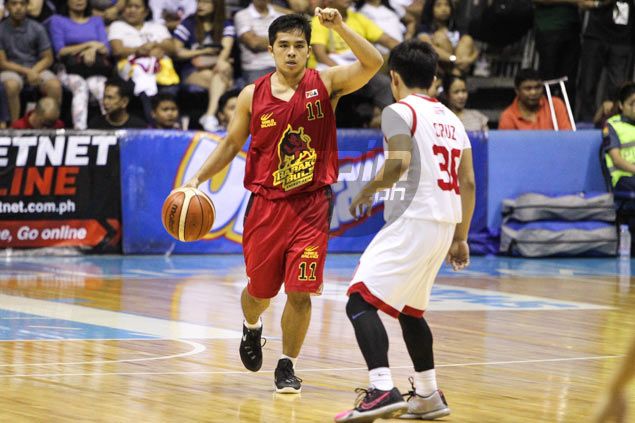 Being an assistant, however, might just be the perfect fit for Fortuna as he seeks to help the next generation of Growling Tigers.