UNIVERSITY of the East coach Jack Santiago said he never instructed his players to hurt Ricci Rivero and only challenged them to play better against the flamboyant guard.

"I never said anything to that degree. Maybe to them, it sounded like that, but I never had any ill will towards Ricci or any other player. Wala naman tayong history na ganyan," the first-year Red Warriors mentor told Spin.ph.

Santiago was slapped with a two-game suspension by UAAP commissioner Tonichi Pujante on Monday following his alleged orders against Rivero in UP's 81-66 win over UE last Saturday.

He said his words may have been misconstrued all the more with the Red Warriors gameplan having an additional focus on the senior guard. 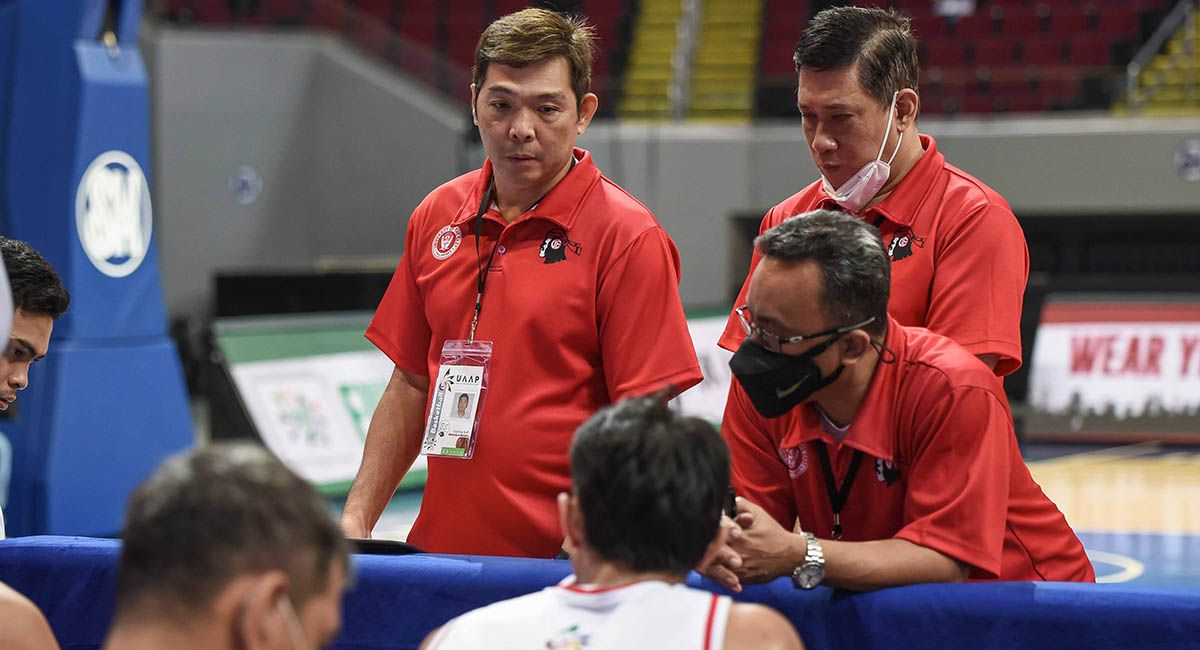 It's a frustration that Santiago had with his young wards who seemed to have been starstruck by the idea of meeting Rivero than facing and defending him in the game.

It's something that Santiago said that is on record and the merit of UE's appeal, although he couldn't help feel disappointed by the apparent lack of due process.

He even noted that he congratulated Rivero after the game, noting, "Hahabulin ko pa ba at i-fistbump si Ricci if I instructed my players to hurt him?"

Still, Santiago apologized to UE and the UAAP Board for the incident while also clearing his name from the controversy.

Lead assistant Jamike Jarin will handle the Red Warriors for the next two games against Far Eastern University and Ateneo.