THERE'S no such thing as a perfectly officiated game, but outbursts like that of University of the Philippines coach Bo Perasol have no place in the UAAP.

That's esentially what UAAP basketball commissioner Jensen Ilagan had to say in a strongly worded statement after he denied the Maroons' appeal to reduce the three-game ban slapped on Perasol following his rant on Sunday.

"Officiating may not be perfect, but it cannot justify outbursts like what he did," the soft-spoken executive said. "As head coach, he should know that he is a role model, and in the UAAP where character-building is of paramount importance, Mr. Perasol should have been aware of that."

UP, through College of Human Kinetics (CHK) Dean Francis Diaz, launched the appeal last Wednesday, saying the punishment was "excessive, unwarranted, and unprecedented."

However, Ilagan reiterated Article 9.2.3 of the UAAP General Tournament Guidelines, 2019, which states that he is perfectly within his boundaries to mete out such penalty.

The article reads: "It is the responsibility of the Tournament Commissioner or its equivalent to imposing disciplinary measures on any student-athlete, team official, and/or any accompanying delegation member who violates the fundamental values of respect, fairness, civility, honesty, and responsibility; demonstrates highly unsportsmanlike conduct; and/or deliberately employs dangerous or dirty tactics or fouls in the course of any game or sporting events."

He was subsequently slapped a pair of technical fouls for his actions leading to his ejection, but that didn't stop Perasol from continuing his tirade. He relented to head back to the dugout while members of the team restrained him, but he continued his rant on his way back to the locker room by pointing an accusing and threatening finger at the referee, the commissioner added.

Ilagan explained that these actions were the main reasons behind what he cited as "continuous flagrant acts of aggression" that led to the three-game ban on the Maroons coach.

"Respect should be observed at all times. Mr. Perasol did not only disrespect the officials that time but the UAAP as well," he said. "The sad part here is that Mr. Perasol never apologized to the UAAP for what he did."

Ilagan also took the opportunity to explain the technical foul slapped on Bright Akhuetie at the 8:09 mark of the third quarter that escalated the tensions on the court, as requested in the same UP inquiry. 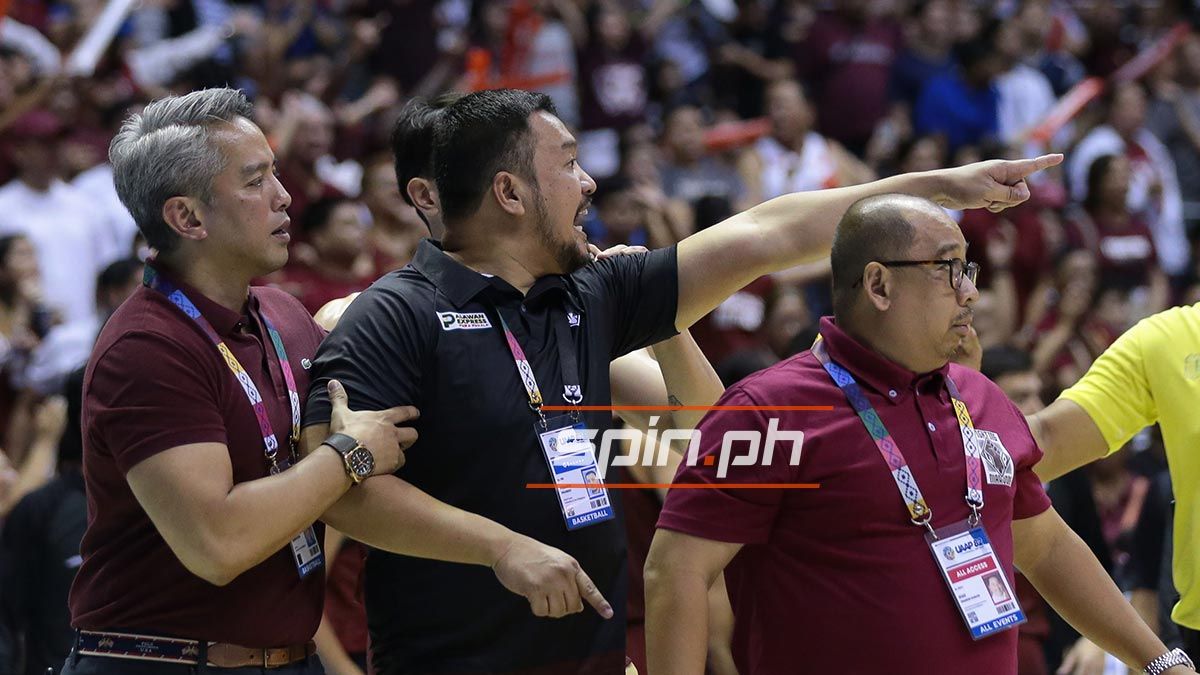 Official reviews showed that Akhuetie was already warned by Rivano at the 2:38 mark of the first quarter, one that has been acknowledged by last year's MVP as well, before he was handed the technical foul at the third frame.

Ilagan called on all of the member-schools of the league to exemplify its core values which are respect, fairness, civility, honesty, and responsibility as they play an important role in the total development of the student-athlete.