FOR the better part of the past half-decade, Adamson was one of the UAAP's most dangerous teams and at times, was even considered as a legitimate title threat.

There's no question that one of the main reasons why that's the case is because of the brilliant mind of coach Franz Pumaren.

And as the multi-titled mentor departs San Marcelino and heads for a likely coaching retirement, with his outlook now shifting full-time to his political career, the stars of his run with the Soaring Falcons couldn't help but be grateful for the contributions he had in shaping their careers.

"As a coach, he was first class," said Sean Manganti. "I’ve been with so many coaches here in the Philippines, from college to the D-League, and even in the PBA, but coach Franz and his assistants were the top-tier."

Manganti was one of Pumaren's first recruits in Adamson, taking the Fil-Am forward and was a key reason for the school's three straight Final Four appearances under his guidance.

In their time together, the 6-foot-5 forward became one of the team's top stars while also taking the mantle as the squad's vocal leader.

It speaks volumes of the respect Manganti had for Pumaren that even though they had their fair share of quarrels, he will always be filled with gratitude with how the mentor helped him in his collegiate career.

"There's just so many good memories of ours together, but besides winning, a highlight would definitely be our trips to Taiwan where we played against pros over there and bonded as a team touring the city afterwards," recalled the NorthPort winger.

Jerrick Ahanmisi also holds Pumaren in such high regard, saying, "He pushed me every day to become a better version of myself, whether that would be working on things I already knew or definitely things that would make me uncomfortable during games." 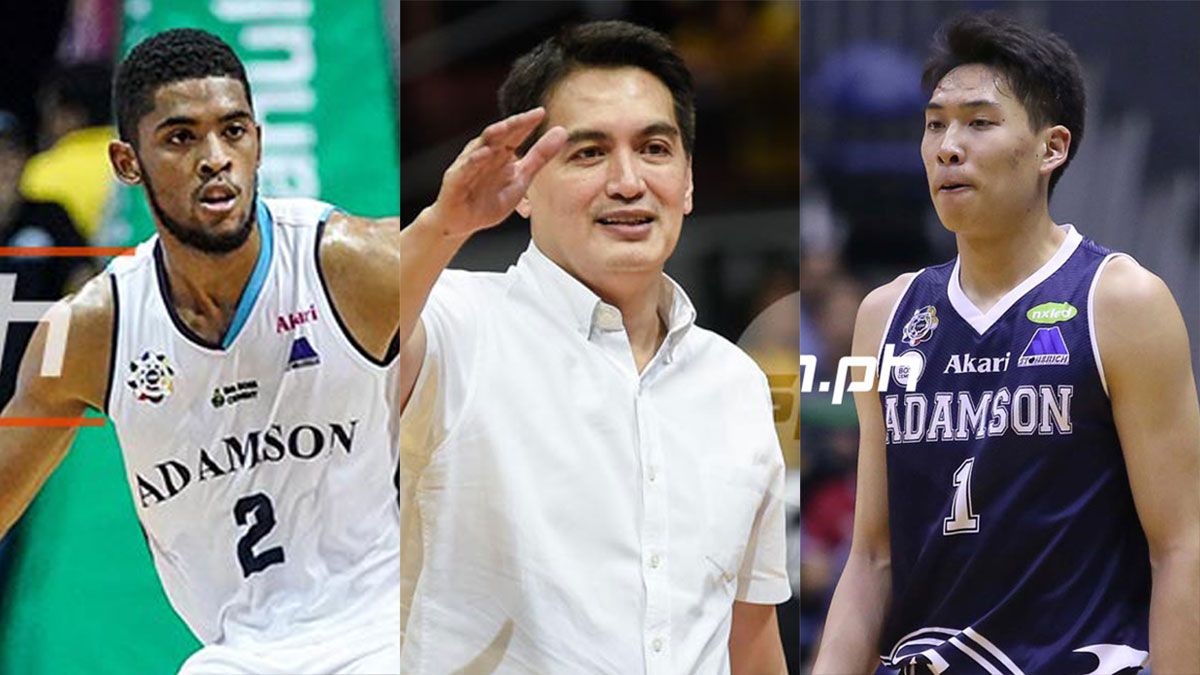 Pumaren has always been on the ears of the 6-foot-1 gunner, telling him to be more aggressive and more vocal.

And it's these student-mentor relationship which stands out the most for Ahanmisi, all the more now that he's looking to make it to the pros in the upcoming PBA Rookie Draft.

"Some things I would remember from the years I played for him were the ways he would always be open to giving advice to any question I had, both on and off the court," he said.
"The way he always instilled mental toughness to all of his players during practice, to always make sure that we were prepared for every game, that's something I believe every Adamson player will always treasure."

Adamson on Tuesday accepted Pumaren's decision to leave the school after four seasons, with his next focus reportedly on a planned Congressional campaign in the third district of Quezon City, where he currently serves as a councilor.

If he indeed pushes through on his plans to retire from coaching, Pumaren leaves a lasting legacy where he won five UAAP titles, including four straight for La Salle from 1998 to 2001, while also revitalizing a once struggling Adamson program.

"He was a great coach and will definitely be remembered as one of the best college coaches in Philippine basketball history," Ahanmisi said.