FAR Eastern University pounced on an undermanned La Salle squad to pull off the 57-53 victory on Wednesday in the UAAP Season 85 men's basketball tournament at the Mall of Asia Arena.

Cameroonian center Patrick Tchuente made the biggest impact in FEU's fourth straight win with big baskets in the fourth quarter, including a crucial tip-in with 52.9 seconds left that gave the Tamaraws a 56-50 lead.

CJ Austria kept the Green Archers in the game with his trey with 31.9 seconds left, but he lost the ball in the ensuing possession that led to Bryan Sajonia sealing the deal with a split from the free-throw line with 4.3 seconds left. 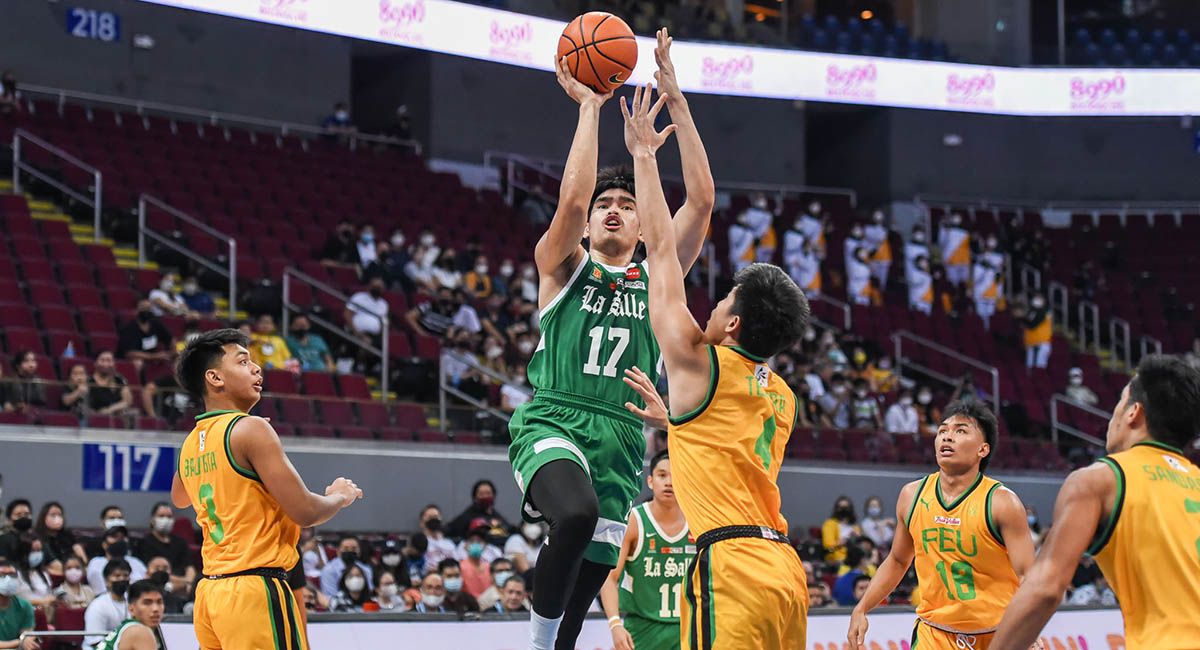 Xyrus Torres led the Tamaraws with 12 points from three triples, to go with three rebounds and two steals, as L-Jay Gonzales collected 10 points, four boards, four assists, and one steal.

"Sinwerte kami because of that situation La Salle is in, but a win is a win. An ugly win for us but kailangan namin ng panalo and we'll take it," said coach Olsen Racela.

MVP candidate Schonny Winston sat out due to a calf injury while Michael Phillips was rested for the game, hurting La Salle which suffered its third straight defeat and fell to 3-5 overall.

In their absence, Kevin Quiambao put the Green Archers on his back with 12 points, eight boards, four assists.