FEU or Ateneo? Let's take a deeper look at this match-up as Final Four gets underway

ON Saturday, Far Eastern University and Ateneo square off to begin the UAAP Season 78 Final Four set at 3:30 p.m. at the Smart-Araneta Coliseum. The Tamaraws, however, will have twice-to-beat advantage being the second-seeds. Spin.ph reviews their previous match-ups while also looking at potential keys to the playoff.

The Tamaraws swept their season series, including a lopsided 88-64 victory over the Blue Eagles in the first round which took place right on the second day of the season. The second meeting was a lot closer but FEU also won, 66-61. 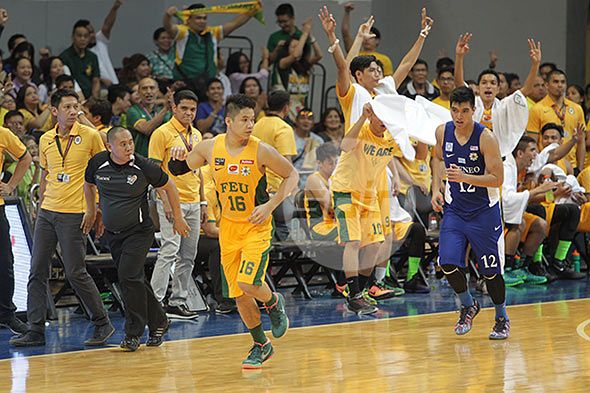 Let's do the math

Expect a defensive battle as FEU and Ateneo are among the best in the league in that department. The Tamaraws and the Blue Eagles are giving up the second and third least in points with 67.6 and 68.1 respectively. They are also the top two teams in blocks with Ateneo having the better numbers, 71-62.

In rebounding, both teams are also in the top three with FEU on top with 48.2 and Ateneo in third with 45.6.

FEU is also doing it on offense as the Tamaraws lead the league in scoring with 74.7 points. The Blue Eagles are fifth with 71.5 a game. 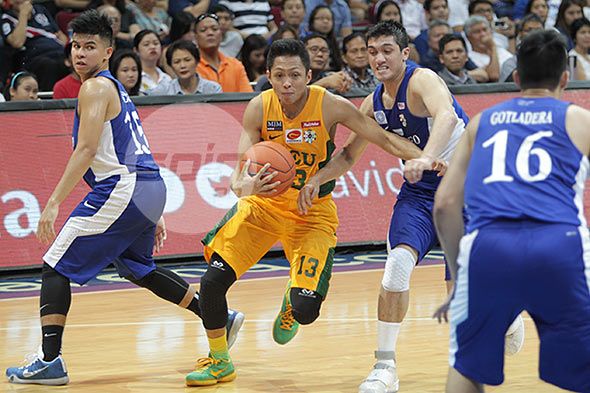 All eyes will be on the seniors for this match-up with Kiefer Ravena and Von Pessumal of Ateneo and the FEU pair of Mac Belo and Mike Tolomia playing their final season in the college leagues.

Ravena, the league MVP this season, averaged 20 points in their two meetings with FEU this season, including a 25-point outing in their first game last September 6.

Belo, on the other hand, is the top scorer for the Tamaraws with 12.7 a game. He also shone on defense in one game against Ateneo, holding Ravena to just 5-of-15 from the field.

Tolomia had 17 points, eight rebounds, and six assists in FEU's first meeting with Ateneo while Pessumal shot a miserable 5-of-22 from the field in the two games against FEU. 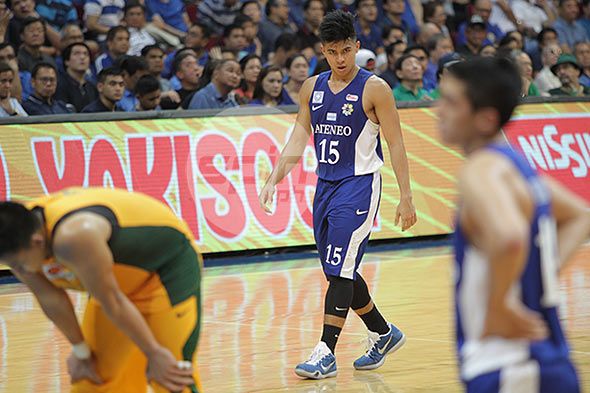 First-year players Aaron Black and Adrian Wong have given the Blue Eagles' bench a semblance of depth this season, notably in their victory over La Salle in the second round. But there is no doubt that the Tamaraws have the deepner squad.

FEU relievers lead the league in scoring with 37.4 points a game. The Tamaraws' depth was none more apparent that in their final game of the eliminations, when Monbert Arong and his fellow super subs dealt La Salle a loss on Wednesday that ended the Green Archers' season.

Roger Pogoy, who finished third in the league three-point conversion this season, could also be the X-factor for the Tamaraws in the series as he averaged 14.5 points in their two games while also hitting key baskets for FEU in the La Salle game.

On the other hand, Ateneo sub Chibueze Ikeh is the third-leading rebounder in the league but will have a daunting task of containing the inside game with the FEU frontcourt led by Raymar Jose (8.1 points, 8.8 rebounds), Prince Orizu and Russel Escoto. 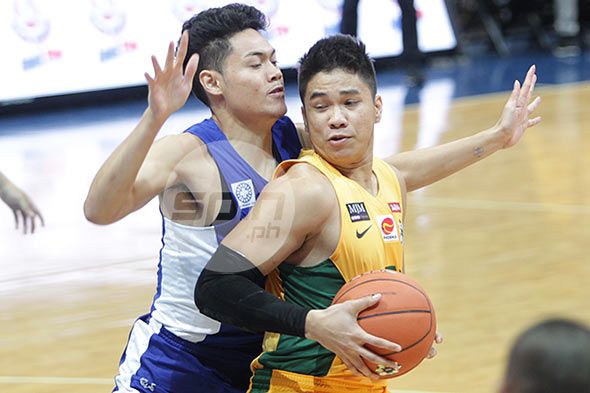 Which team is hungrier? Aside from Belo, Tolomia and Pogoy are playing their final year with an FEU team that has not won a UAAP title since 2005 when Arwind Santos led the Tamaraws in a sweep over the Green Archers. The Tamaraws have since had close calls including last season where they lost to National University in three grueling games.

The Blue Eagles are also raring to win a first championship since the last of their five straight crowns in 2012. Ravena is also determined to win a UAAP crown in his final year before turning pro.

We won’t be surprised if this series go the distance but we see the Tamaraws, primarily because of their experience and depth, prevailing over the Blue Eagles.