DWIGHT Ramos comes to Ateneo with a lot of promise, with the Fil-Am guard coming off an impressive stint with Gilas Pilipinas last February in the 2021 Fiba Asia Cup qualifiers.

But as highly touted as the 6-foot-5 slasher is, coach Tab Baldwin tempered everyone's expectations and noted that the 21-year-old doesn't really fit the mold as one who would consider as a stat sheet-stuffing superstar.

"I think Dwight has a chance to make a significant impact. But I think, you know, as far as the highlight reels and the average fan, they won't see it," he told Coaches Unfiltered. "People who delve into the analytics will see it quite significantly because Dwight's the kind of player that has across the board impact in a game."

"He's a very intellectual player. He's not just a great athlete with very good skills, but he impacts the game, he impacts the court spacing by how he plays offensively and defensively, and he's very, very unselfish. He impacts what we can do tactically because he's a very good rebounding guard and he can play multiple positions."

Ramos comes to the Blue Eagles with high expectations, especially with the Katipunan side reeling from the graduation of their leaders in Thirdy Ravena, Isaac Go, twins Matt and Mike Nieto, and Adrian Wong after completing their three-peat in the UAAP.

But with what he showed in Gilas' impressive 100-70 win over Indonesia last February, the Walnut, California native is already bringing in excitement to the Ateneo faithful.

"His impact, I think, is going to be significant. But again, it's not going to be such a huge statistical impact as some people might expect or want to see," said Baldwin. 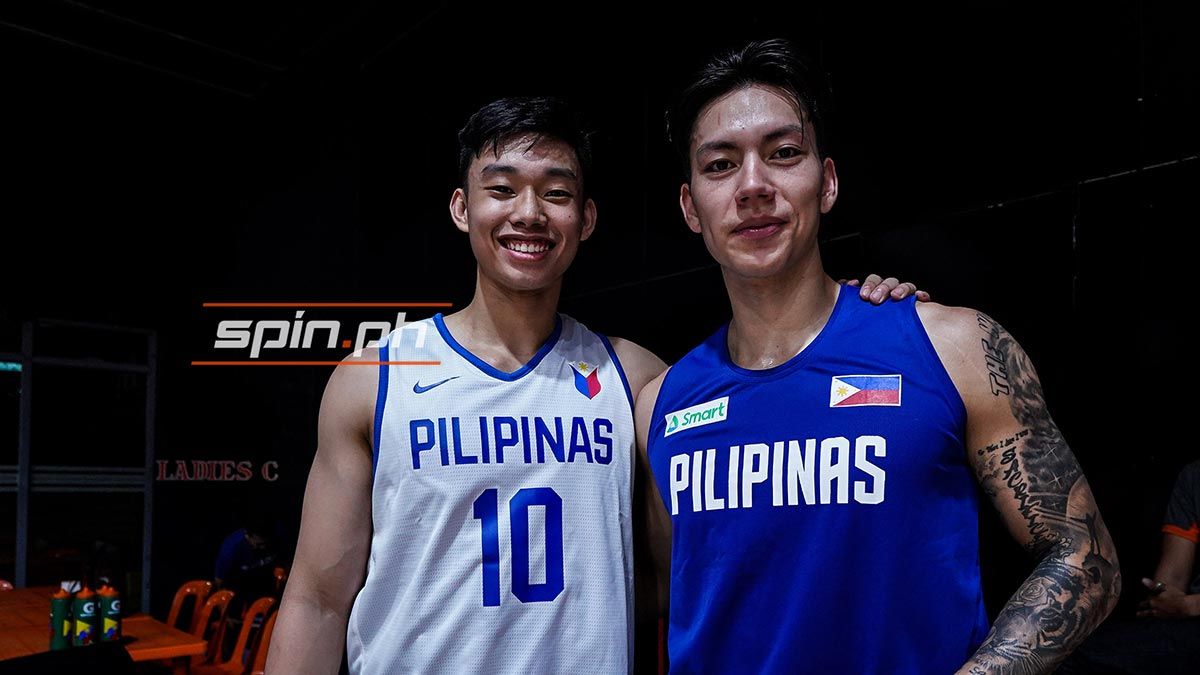 Welcome of an addition as the Walnut, California native may be, it's not all Ramos.

It's still a balanced attack for Ateneo, with SJ Belangel and Will Navarro now tasked to be the leaders of the team.

Baldwin, though, reiterated that the fulcrum of the Blue Eagles' attack is still geared on Ivorian center Ange Kouame.

"I think we've developed a very strong frontline, obviously anchored by Ange Kouame. And I think we've been dominated over the past few years by our guard play, so I would expect to see our team particularly offensively to start to have a greater emphasis on inside play, and that of course means inside-outside play, you know, be able to be dominant in both areas and much tougher to defend," the 62-year-old mentor said.

Those roster changes, as well as possible rule changes in the basketball world, make Baldwin think of "reintroducing the triangle offense" to Ateneo.

"But we'll wait and see what they do with the three-point line, and as far as defense, I think that the fact that we have developed a bigger, more athletic interior defense again anchored by Ange Kouame, it means that we're going to put more and more pressure on the perimeter and try and force people to attack the rim where we think our great defensive strength will be."