Ateneo coach Baldwin admits 'it was disappointing to lose Dwight'

ATENEO coach Tab Baldwin was the first to admit that Dwight Ramos' decision to take his act to the Japan B.League is a big blow to the Blue Eagles.

"It's very dispappointing to lose Dwight," Baldwin told SPIN.ph, a day after Japan top-flight club Toyama Grouses announced that it has signed the 6-4 standout of Ateneo and the Gilas Pilipinas national team.

"He's a tremendous talent and everybody in the Ateneo community was excited to see Dwight suit up in the UAAP," Baldwin added.

Baldwin was understandably saddened that a player he has pursued for Ateneo since Ramos' high school days in the US will never be able to play for the Blue Eagles in the UAAP.

The only time Ramos wore the Ateneo blue-and-whites was in preseason tournaments, including the 2019 Philippine Collegiate Champions League.

Since then, Ramos has proved his worth with Gilas, where the 23-year-old averaged 13.8 points on 46-percent shooting from deep, alongside 6.2 rebounds and 2.2 assists in the sweep of Group A of the 2021 Fiba Asia Cup qualifiers. 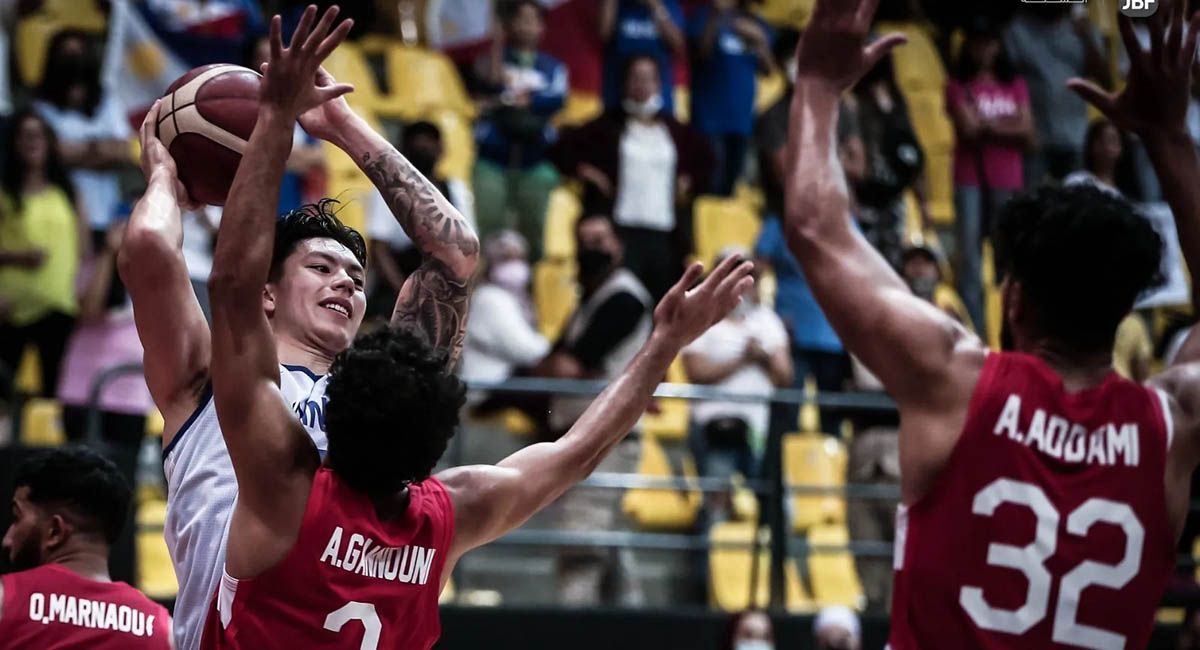 "Dwight was frustrated not playing ball for almost two years outside of his time with Gilas. It's been a long time since he's been a part of the team," he said. Ramos and his brother Eli went to Katipunan back in 2019.

"His agency put their heads together, and between that desire to play and the advice he got, [Ramos] made the decision of what he thought was what's best for his career."

As for Ateneo, Baldwin pointed out that there's no other option for the defending three-time UAAP champions but to pick themselves back up.

"We'll do the same way we cope with any loss: Next man up," he said.

Ramos may be gone, but the Blue Eagles still have Fil-Ams Kai Ballungay, Chris Koon, and Andrew Bongo, Fil-Italian Gab Gomez, transferee Dave Ildefonso, and Blue Eaglets Josh Lazaro and Forthsky Padrigao all coming in once the UAAP Season 84 tips off, hopefully in the first quarter of 2022.

Also a big boost will be the overseas exposure the likes of Ange Kouame and SJ Belangel enjoyed with Gilas, both in the Fiba Asia Cup qualifiers and the Fiba Olympic Qualifying Tournament in Belgrade.

"I'm sure we will do our best to prepare for the coming season. Next man up mentality hopefully comes to play. And of course, this is the main reason why we give importance in training the players," said team manager Epok Quimpo.

"It's tough for Ateneo, but it doesn't leave the cover bare," Baldwin added. "We continue to build the strength of the roster and we believe in that and in the hardwork more. The success of the program depends on the amount of time we build for us to form that team chemistry."