DAVE Ildefonso's career game, it turned out, wasn't enough to lead National University to its first win in UAAP Season 82.

The sophomore swingman capped a career-best 29-point performance by giving the Bulldogs the lead, 83-81, with his daredevil drive against three Adamson defenders with 1.4 seconds remaining.

Fate, however, would intervene as Lenda Douanga nailed the improbable three-point winner to lead the Soaring Falcons to an 84-83 stunner in overtime on Saturday - and break Ildefonso and the Bulldogs' hearts. 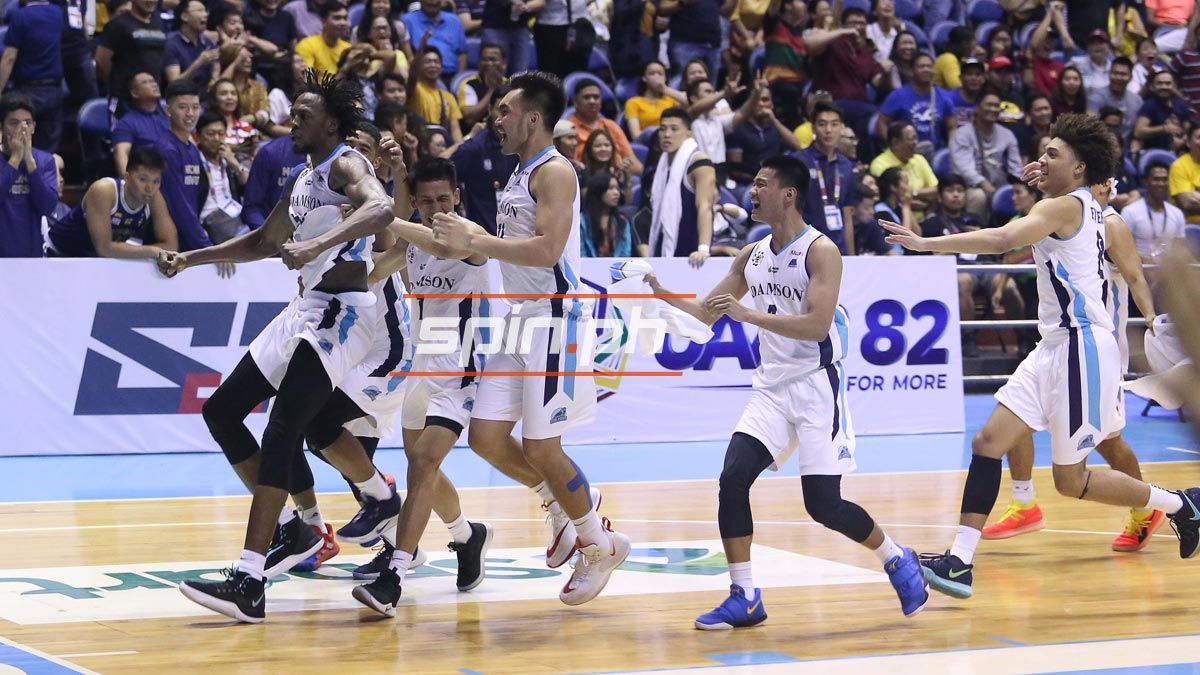 What stuck out like a sore thumb in Ildefonso's heroic stand was his five turnovers which, to him, proved costly in a tight game like this one.

"May mga errors din ako na nagawa eh," the 19-year-old said, pointing to his stepping out of bounds violation with 0.9 ticks left in regulation which denied NU a chance to win the game from 74-all.

But as painful as that defeat was, Ildefonso stuck to positives saying these young Bulldogs are bound to be better this season after a year together under their belt.

"After this game, we won’t be down. Alam naming kaya naming manalo," he said, looking ahead to the Bulldogs' game against La Salle on Wednesday.