NEWS of CJ Cansino's departure from University of Santo Tomas was just hours old, yet suitors were already sending feelers to the 20-year-old court general.

Twitter went abuzz on Thursday night as past and current UAAP players made their pitch to the former Growling Tigers team captain, in the hope that the 6-foot-2 guard would pick their schools as his next destination.

Letran's Fran Yu and University of the Philippines' Janjan Jaboneta got the ball rolling when they extended an invitation to Cansino to "pm" (personal message) them. 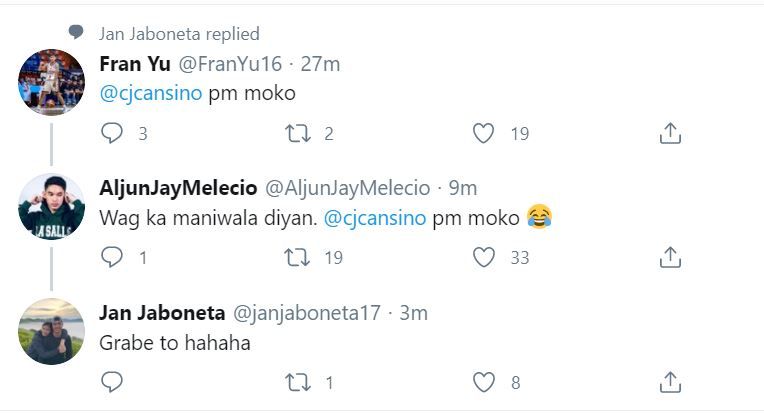 But La Salle guards Aljun Melecio and Andrei Caracut kicked it up a notch, giving Cansino a virtual tour of the Taft campus.

Shaun Ildefonso of National University, whose Bulldogs had to deal with their tumult for the past few weeks, ribbed Cansino, "Gusto ko lang sabihin pre 'We for it all for you'," in reference to the tagline of SM Supermalls, the school's main backer. 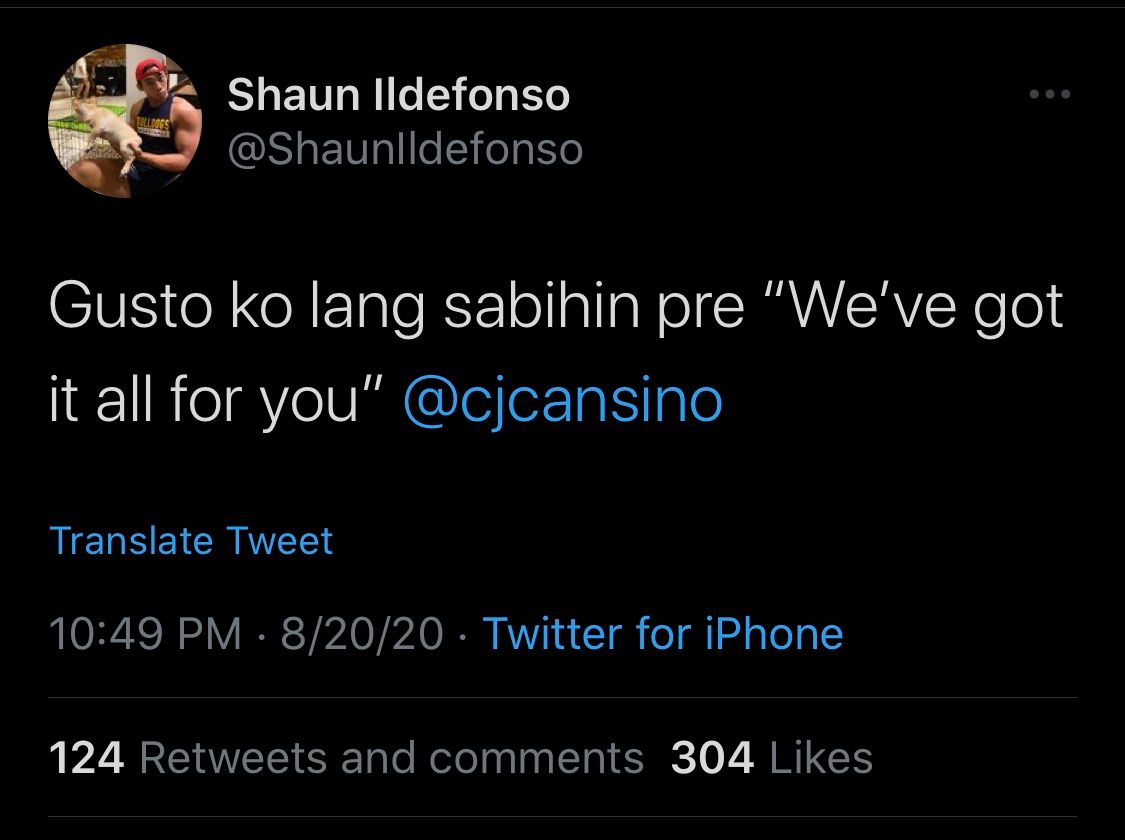 Even Shaun's brother Dave joined in as he tried to lure Cansino into joining him in residency at Ateneo.

But the one which stood out was UP's Juan Gomez de Liano, who got a reply from Cansino. 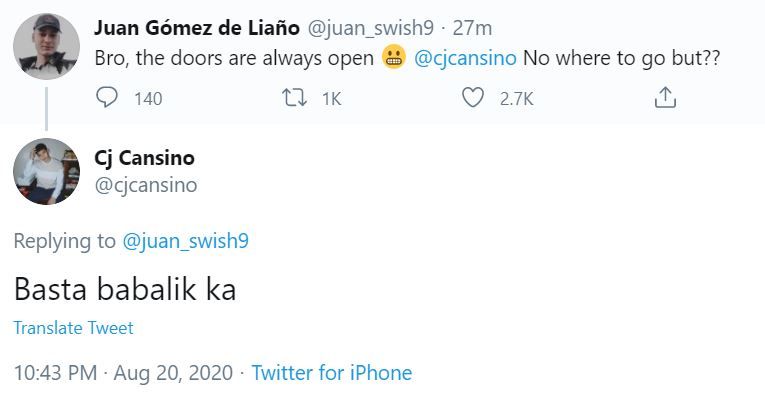 Gomez de Liano, of course, is skipping UAAP Season 83 to focus on his individual growth as a part of the Gilas Pilipinas pool.

On a more serious note, four schools have this early already signified their intention to secure the services of Cansino, namely Ateneo, La Salle, UP, and Letran.

However, it's still going to be a tough decision for the former Growling Tiger to leave Espana, a place he called his home for the better part of the past decade, for greener pastures.

If he indeed decides to leave, Cansino will have two more playing years left and can play as early as UAAP Season 84.