SORSOGON governor Chiz Escudero has cleared beleaguered coach Aldin Ayo from any violation of the government's health protocols during the University of Santo Tomas Tigers' controversial Bicol bubble training amid the pandemic.

The Varsitarian, the official student publication of UST, on Wednesday posted on social media a certification from the provincial government saying it found the former Tigers coach not liable of any violations of the health guidelines set by the Inter-Agency Task Force (IATF) for Emerging Infectious Diseases.

Escudero's office said it cleared Ayo based on the findings of the Sorsogon police on the matter.

Ayo resigned as UST Tigers coach amid the controversy over the Bicol training. He was since handed an indefinite suspension by the UAAP Board of Trustees, which is made up of the presidents of the league's eight member schools.

Ayo said he is appealing the ban, which he labelled as 'inapproriate.'

"[B]ased on the Sorsogon City Police Station Memorandum dated September 23, 2020 (Annex A) the Office of the Governor is in consonance with said Memorandum's findings considering that there is a clear exhibition of legitimate activities undertaken by former UST head coach Aldin V. Ayo; that the actions performed by former Coach Aldin Ayo is in accordance with the health protocol and guidelines as per existing Inter-Agency Task Force for the Management of Emerging Infectious Disease and that there was no UST sanctioned team basketball training conducted in the domicile of Mr. Aldin V. Ayo or was there any prohibited basketball activities conducted by his guests outside of his residence within the jurisdiction of the province of Sorsogon, and that Mr. Aldin V. Ayo is not liable for violation of any health protocol pursuant EID-IATF guidelines and local executive orders in the Province of Sorsogon," the report read. 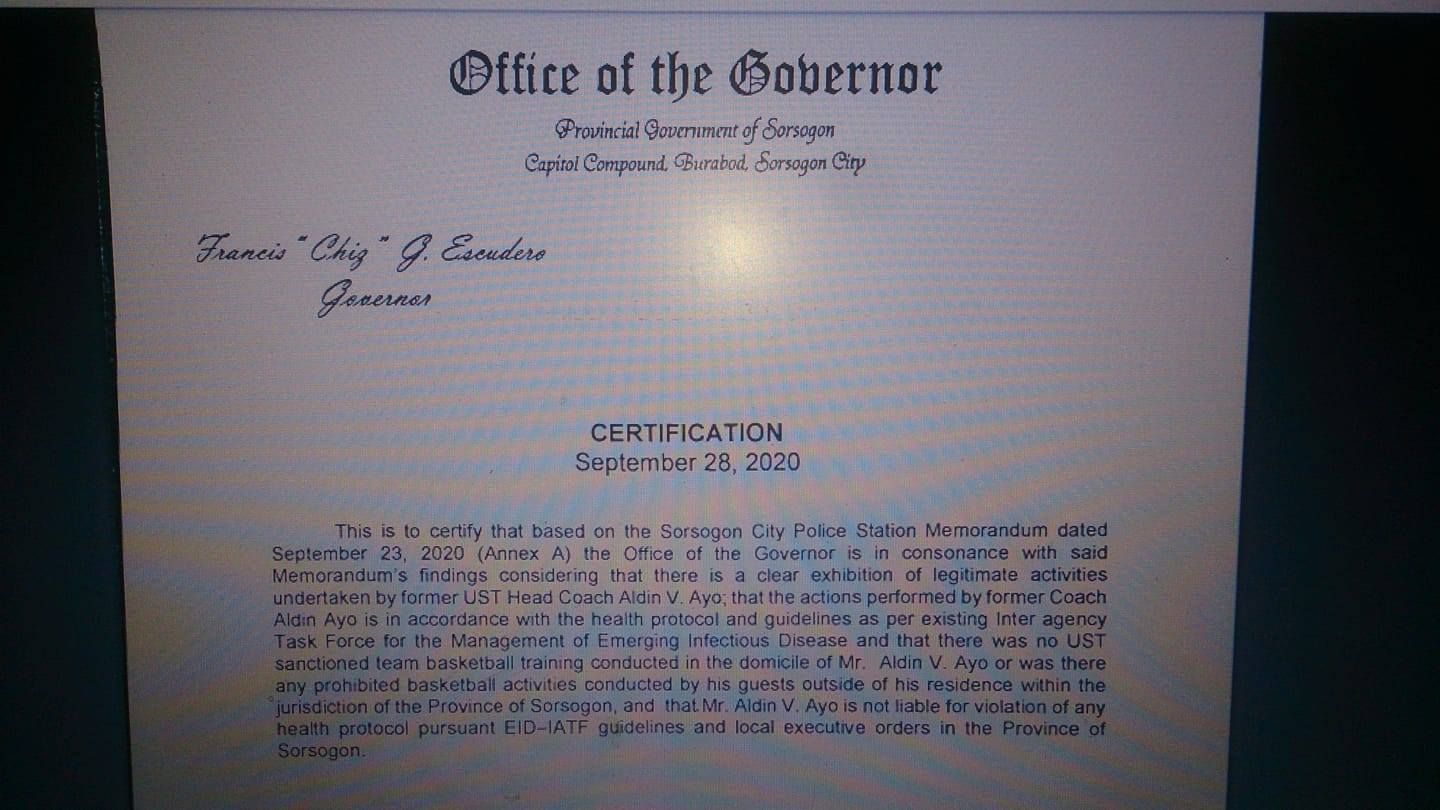 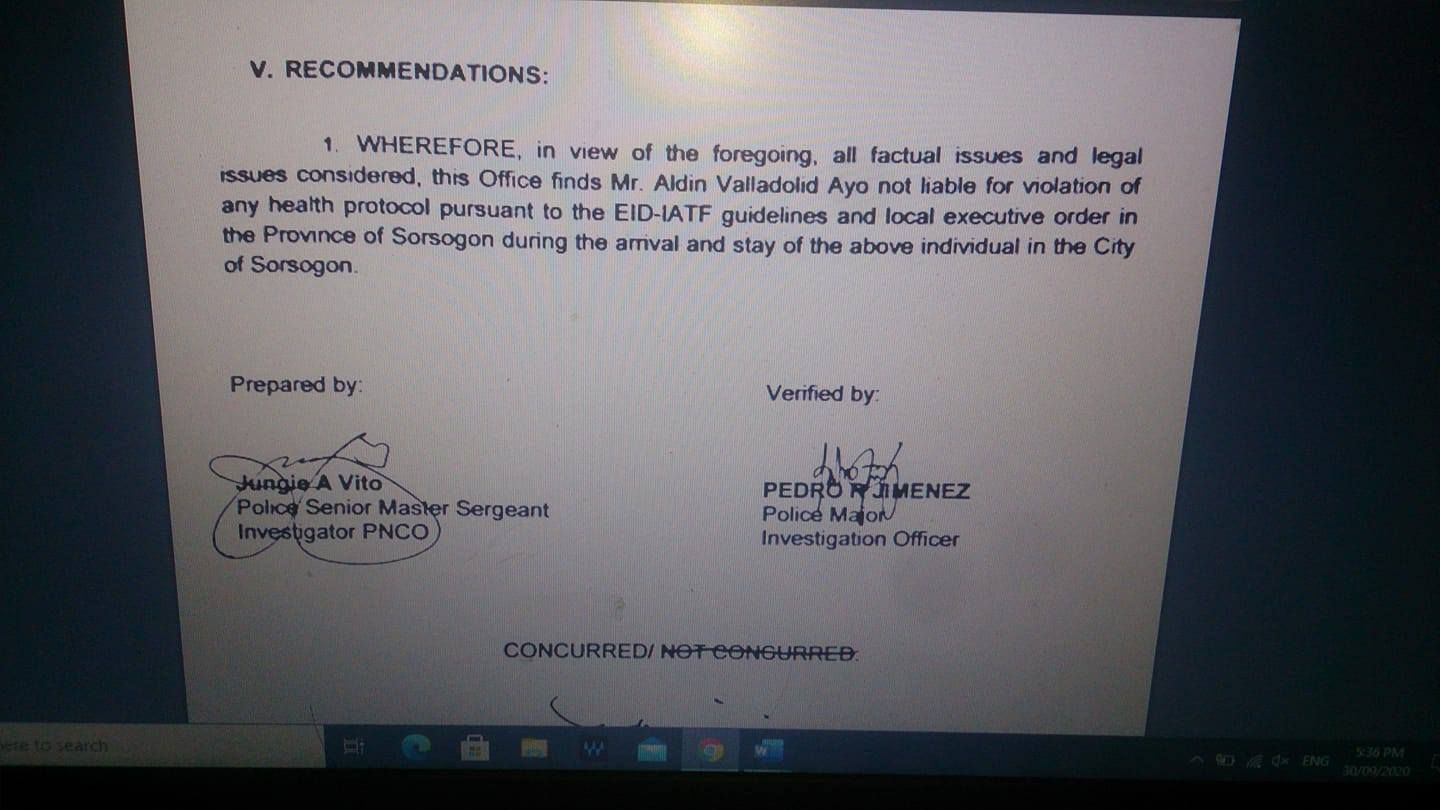 The PNP memorandum cited in the report also stated that the UST group furnished the police all the necessary documents before heading to Capuy, Sorsogon declaring that they are not persons under monitoring (PUMs), did not have any COVID-19 symptoms for 14 days, were tested seven days prior to the trip, and secured all the necessary travel pass from the Joint Task Force COVID Shield.

A 14-day mandatory home quarantine was also put in place before the team went on a "personal development farm training," which was certified by the Capuy barangay captain, the PNP memorandum added.

It is not clear why the memorandum was released by the Sorsogon PNP and the provincial government, although the clearance could help Ayo's case in an investigation being conducted by a joint panel created by the Inter-Agency Task Force (IATF) on the Management of Emerging Infectious Diseases.

The Commission on Higher Education (CHED) and the Department of Justice (DOJ) are also conducting separate investigations six weeks since the issue surfaced following the axing of former UST team captain CJ Cansino.

Sought for comment, CHED chair Prospero de Vera said their own investigation is not yet finished.

"The investigation of CHED on possible violations of CHED Advisories is ongoing," he said.