ACTION in the UAAP's opening weekend featured a little of everything -- from blowouts to thrilling finishes, goats to heroes, last-ditch rallies to heartbreaking collapses, hits and flops. Here is Spin.ph's list of the teams and players who had memorable debuts, and those who can't wait to atone in the coming weeks.

The reigning league MVP proved true to his word when he said prior to the season that he will be a better all-around player in the new season. Against University of the East, the National University star had 16 points, six rebounds, six assists, four steals and three blocks in the Bulldogs’ 90-55 victory over University of the East last Saturday. 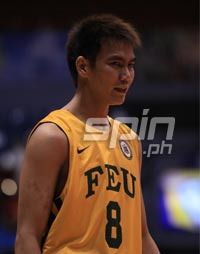 With his Twitter account hacked, RR Garcia let his performance on the floor do the talking. The acknowledged heart and soul of this year's Far Eastern University team scored 21 points to go with seven assists and capped his performance with the layup that lifted the Tamaraws to a 73-72 win over University of the East.

The high school phenom nearly turned into a goat for La Salle when he missed three free throws that allowed University of the Philippines to gain a one-point lead in the dying moments of the game. But Teng bounced back with a drive from the baseline that led a three-point play and sealed the Archers' 73-68 victory. Teng had 15 points and six rebounds in his UAAP debut. 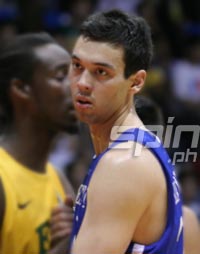 Ateneo's towering slotman took a while to hit his stride but when he did, there was no stopping him. He had 17 points and was at the pillar of the Blue Eagles’ defense with 10 defensive rebounds and four blocks to more than atone for a jittery performance in the first half.

His team may have lost its first game against FEU but Abdul’s sensational first half seemed a portent of things to come for the University of Santo Tomas ace. After scoring 17 of his 24 points in the first half, he readily caught the attention of Ateneo coach Norman Black who said: “He played very very well. We have to find a way to slow him down.”

On the surface, the Falcons star had decent numbers in the loss to the Ateneo Eagles with 10 points, 12 rebounds and three blocks. But when you take into account his four-of-22 field-goal shooting, you'd be convinced Camson has a lot of making up to do in Adamson's next outing. 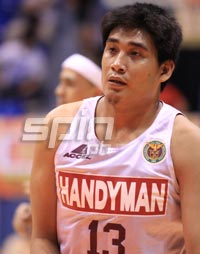 The transferee from West Negros University finished with eight points, 11 rebounds and three blocks in his debut for University of the Phillippines but shot bricks all game with a woeful two-of-15 clip from the field.

When you see that the Falcons had a grand total of eight assists in the loss to Ateneo, you'll know that no one has come in to fill the holes left by the departure of point guards Lester Alvarez and Jerick Canada. If it stays that way, it will be a long season for the Falcons.

The Warriors had to endure a 35-point humiliation on Saturday in the most lopsided opening game in the league in eight years. Only one UE player scored in double figures -- Roi Sumang with his 21 points -- and the Warriors held the lead just once, 15-13, before things got ugly. 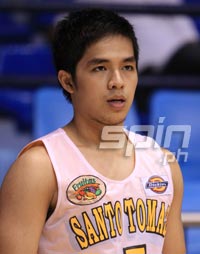 The ball was in Fortuna’s hands as University of Santo Tomas held a one-point lead with the final seconds trickling down. But horror of horrors, the 5-7 guard turned the ball over at the worst time, leading to an RR Garcia fastbreak layup with 7.9 ticks on the clock that broke the Tigers' hearts.