Cebu grit on display as Desiderio, Manzo rescue UP Maroons in thriller

That couldn’t have been more evident than in the Maroons' thrilling 89-87 overtime win over the Adamson Falcons that ended State U's 32-year absence from the UAAP Finals.

“You can see it in them that they were so fatigued pero nakikita mo sa kanila na hindi tayo hihinto,” said UP head coach Bo Perasol of the gritty pair. “They made layups, Paul made a jumpshot, and it’s just a reflection of who this team is.”

Desiderio shrugged off a bad shooting night to score the final five points for the Fighting Maroons to tow his squad to the heart-stopping victory, hitting his final two baskets after making just two of his previous 18 shots.

Manzo, who followed Desiderio’s footsteps from UV to UP, never doubted that Desiderio can deliver when the game is on the line.

But Desiderio’s game-clinching baskets wouldn't have happened if not for Manzo's heroics late in regulation.

Like Desiderio, Manzo struggled the whole game, going scoreless before snagging four crucial points at crunch time, including what could have been the dagger basket with 10.7 seconds remaining to give UP a 78-75 lead. 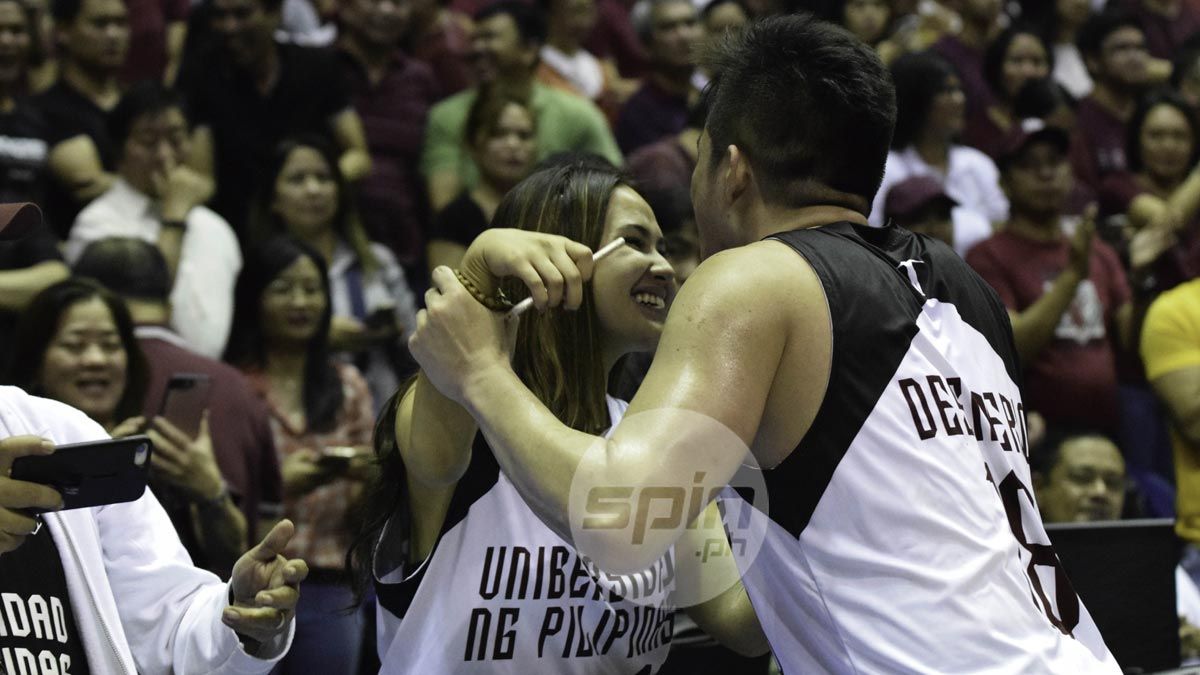 Desiderio said the trust is mutual.