COLUMN: Can UP Maroons complete a UAAP shocker on Friday the 13th?

CHICAGO - I don't get all this flak Ricci Rivero is getting after UP fell to Ateneo in Game 2 of the UAAP Finals last night at the Mall of Asia Arena.

Much of the fans' outrage stemmed from the fact that Rivero, with 17 seconds to go and his team down by four, ate too much time from the game clock and didn't make a field goal attempt until only two ticks were left.

[See Monteverde says Ricci not to blame in final UP play]

But the armchair generals seem to comfortably ignore the following facts.

That Rivero had to navigate the entire length of the court after nabbing a missed CJ Belangel 3; that he had to survey the field and probe what Ateneo's transition defense formation looked like; and that Gian Mamuyac stuck to him like body odor as soon as Rivero crossed the halfcourt line.

I get it, in a very visceral sport like basketball blame needs a face. But pretty boy Ricci Rivero, a budding actor, shouldn't be in this wall-of-shame poster.

Same goes for James Spencer, whose lazy inbounds pass with 53.6 seconds left gifted Ateneo with an easy lay-up and a six-point spread.

The blame here belongs to the entire UP Maroons team.

Look, I love the heart and the fight that these Maroons have shown, but they can't fall behind by 15 points against Ateneo and expect to win. Just because they've done it before doesn't mean they can keep doing it again.

You can only tempt fate, or push your luck so many times. 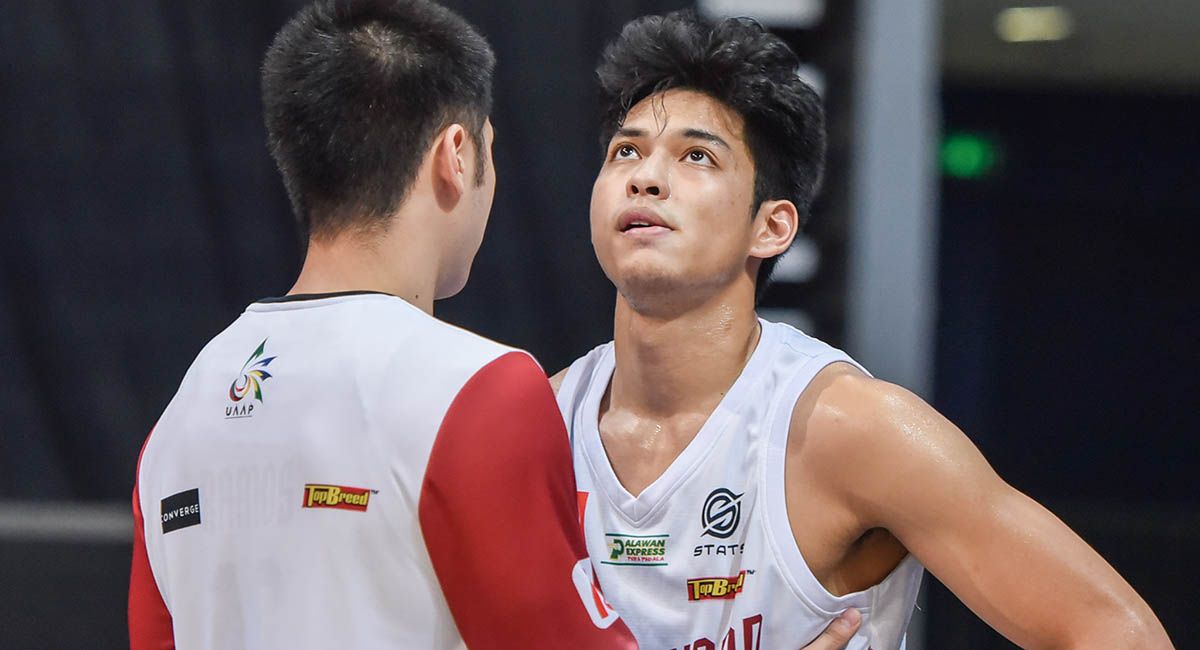 Playing uphill against the deep and extremely talented Blue Eagles is like running a 100-meter race and giving your opponent a 30-meter head start. Your only hope of winning is if the other dude breaks a leg, but then again hope is not a strategy.

While UP is trying to end a 36-year title drought, Ateneo is gunning for its fourth title in four years. That shows the gap between the two programs.

Ateneo is a well-oiled, well-funded, and crazy talented machinery that mows down the competition. It is therefore imperative for the Maroons, who have zero margin for error, to continue to play with poise under pressure from the opening tip to the final horn.

UP head coach Goldwin Monteverde, a brilliant, albeit under-appreciated tactician, was quick to shield Rivero from the unjust and unfair social media pelting and assumed all the blame.

Don't be too hard on yourself, coach Goldwin. You and your staff can't coach mental toughness any more than you can teach height.

Had the Maroons' 5 pulled that Game 2 upset, they would have amazingly beaten Ateneo three straight times.

And while the law of averages sometimes allows for those quirks to happen where the underdog bites the top dog three in a row, Ateneo coach Tab Baldwin simply wouldn't permit such an anomaly.

Not on his watch.

Coach Tab, I've been told by people close to him, had lost sleep since the Game 1 loss. He was in the lab, probably shunning food and distractions, as he devised ways to prevent a catastrophe.

The hard work paid off and Tab's chargers rewarded him with a Game 2 revenge outing performance where the Blue Eagles appeared to be the better prepared, more determined squad.

Expect no horrors here. Ateneo is the defending champs three times over.

The Blue Eagles will capture the four-peat.

And yet, somehow, we would still be talking about Tab having a target on his back and being potentially fired from his position.