By taking a step back, Bo Perasol helped UP make a historic leap

IN between swings on a rare day off which he chose to spend in a golf course, Bo Perasol flashed a wide smile after each shot both good and bad.

Not even the worst golf shot could dampen the mood of Perasol after his dear alma mater University of the Philippines ended a 36-year drought and once again reigned atop collegiate basketball with its triumph in UAAP Season 84.

"Deliriously happy," said Perasol, who became part of the historic championship in his first season as UP's program director after stepping away from coaching. 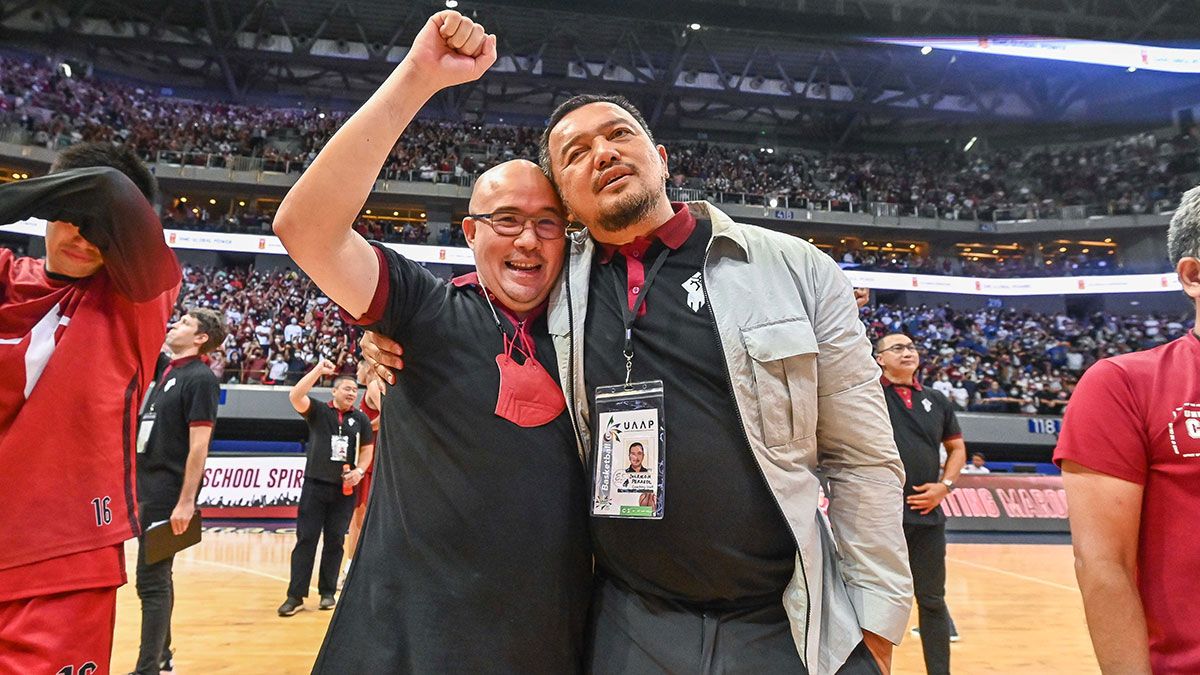 Oddly, Bo wasn't even supposed to be in this position in the first place. Not after deciding to take a break from a long coaching career that included high-profile stops at Ateneo, Powerade in the PBA and finally with the Maroons.

After relinquishing the coaching post in Diliman in July 2021, the 50-year-old had looked forward to a long break as the rigors of coaching took a toll on him. But just like Michael Corleone who thought he was out, they pulled him back in.

Upon the appointment of Goldwin Monteverde as UP's new head coach, Perasol was asked to return as the team's program director - a new position that had him serving as the bridge between the administration, sponsors and the team.

To the team, he essentially became the godfather.

Bo turned out to be perfect for the position.

"Modesty aside, naniniwala ako na I still was the guy na pinaka-nakakakita ng situation because I was able to start from the bottom and we're able to climb the ladder step-by-step, and along the way nafi-figure out namin na ito pala yung mga dapat gawin on how to be successful," he said.

"In hindsight, I made the right decision of coming back."

No longer burdened by the Xs and Os, Perasol focused on taking care of the team's other needs beyond coaching.

With alumni support coming in, Perasol shouldered the burden of dealing with things that are necessary but often only serve as a distraction to Monteverde, freeing coach and team to do their own thing.

"Ang ginagawa ko lang dito is to be a coordinator, to strike the right balance with the sponsors para ma-realize nila yung gusto nila and I have to couple it sa efforts ng coaching staff and the team para magpantay kami," he said.

"Lahat na kailangan ng support, nandoon na. Hindi mo na iisipin na inilalagay ka lang sa alanganin and instead, you are being asked to perform and excel and you're being given all the resources that are needed to succeed."

The best part was, Monteverde could focus on coaching without looking over his shoulders wondering whether Perasol was plotting to get his position back.

Perasol said there was no itch whatsover on his part to return to coaching. Believe it or not, the veteran mentor's sole focus the entire season was on how to put coach Goldwin and the team in a position to end the long, dry spell. 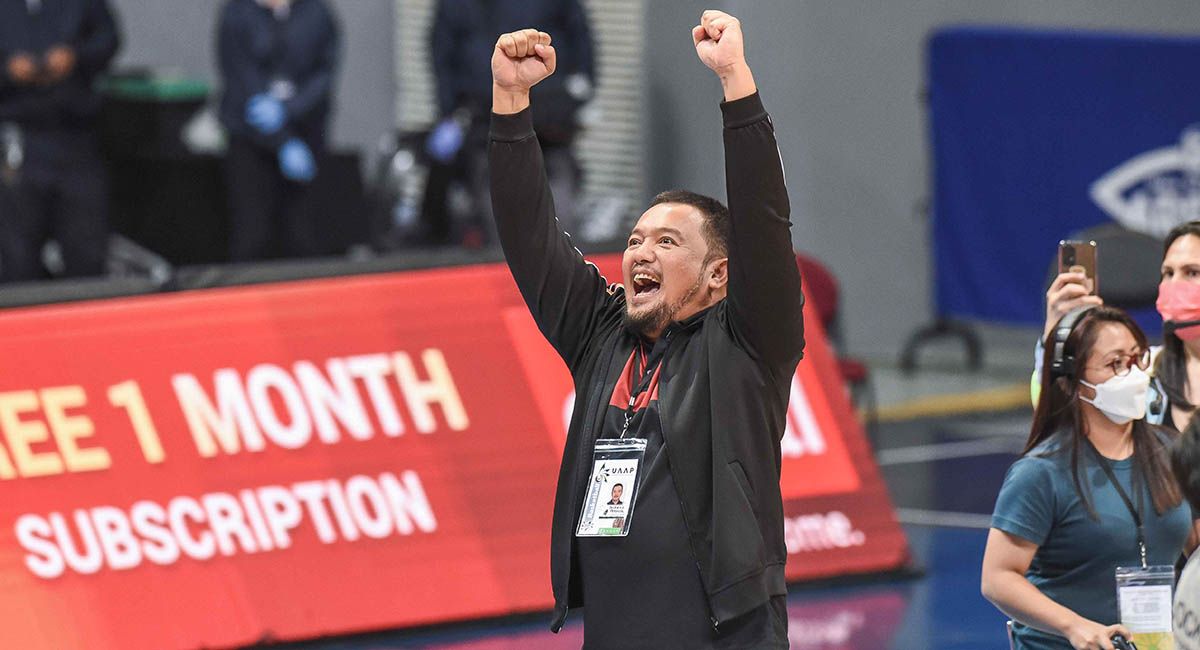 He can relate, afterall.

"When I was a coach, I needed that affirmation na whatever happens, someone's got my back. Yun ang ginagawa ko sa kanya para wala na rin siyang iniisip," he said.

The biggest favor Perasol ever gave Goldwin? He got all those zealous boosters who think they know better than the coach off Monteverde's back.

"The more I knew si Gold, same kami na ayaw niya na pakialaman siya unless he asks me for an insight. That's the only time I give him suggestions. And as the person who oversees the program and coming from someone who knows the responsibilities of a head coach, mas klaro sa akin yun." 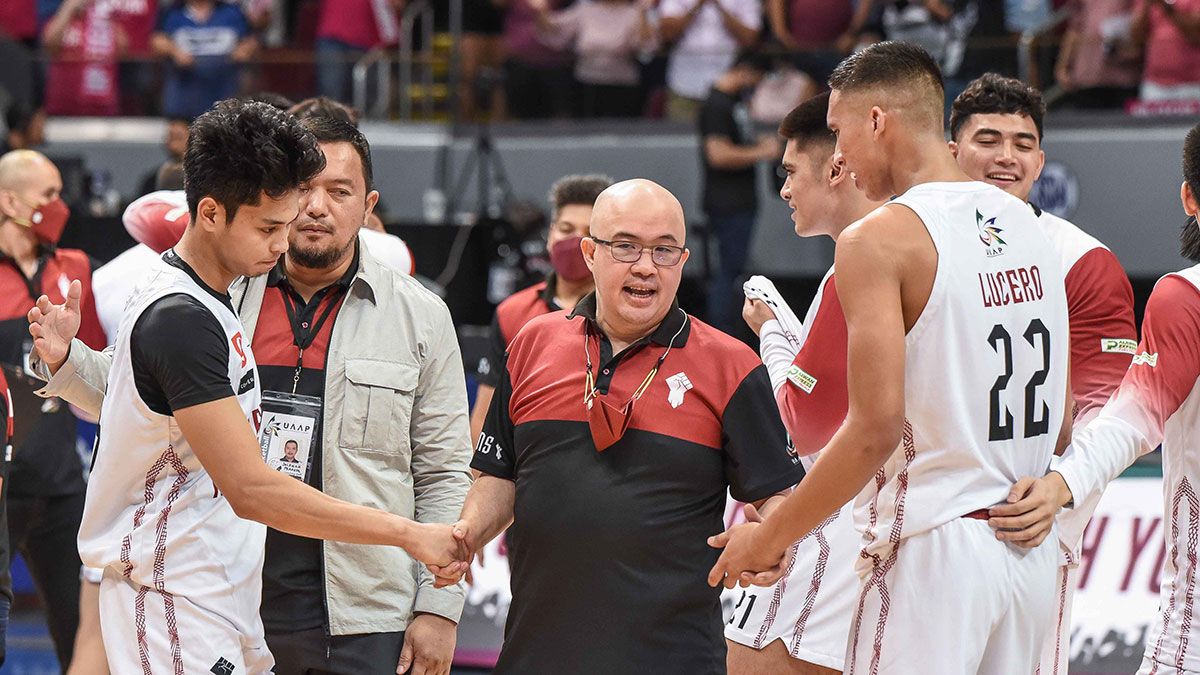 After seeing the job from a different perspective, Perasol was surprised that he was able to survive the rigors of coaching for the better part of the last three decades, from high school and college to as far as the PBA and international stage.

But all the pain and hardships, as well as the experience that he gained from UP in the past six years, led him to this moment.

From the recruitment war to the overseas training camps to the state-of-the-art facilities and equipment, Perasol feels that the school and its backers have done everything to put the Maroons in a position to contend - and eventually win.

The championship served as a culmination of a dream that Perasol nurtured from the time he played for the unsuccessful Maroons teams that followed Benjie Paras & Co.'s historic championship for State U in 1986. 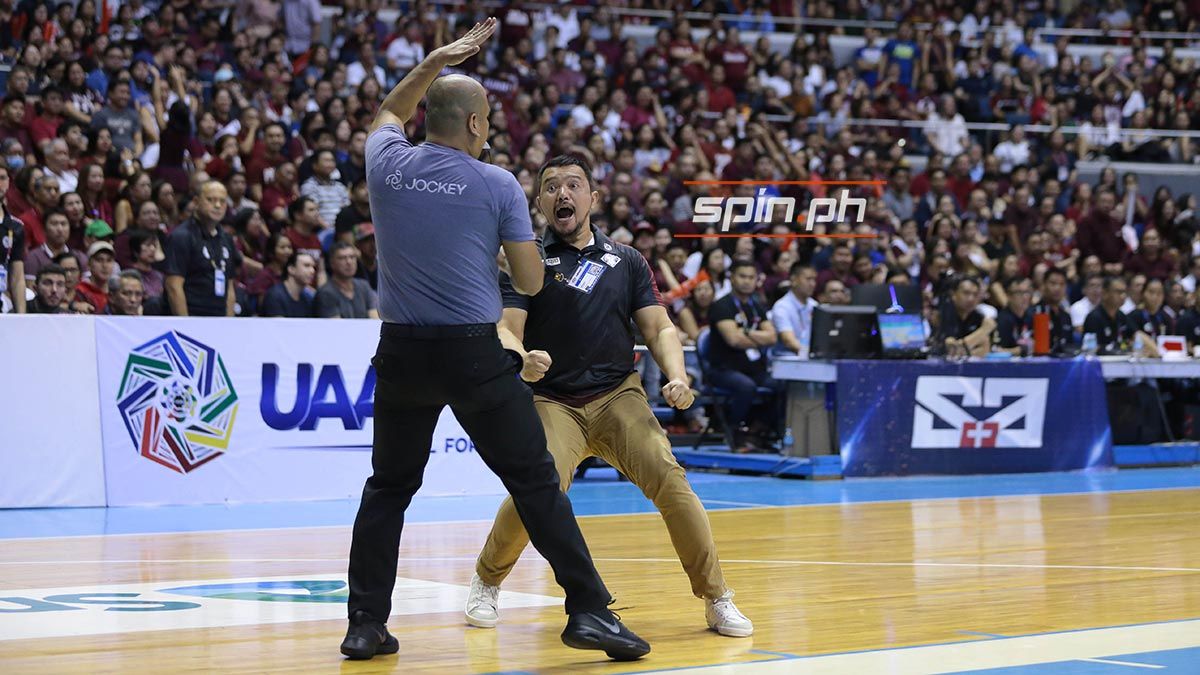 Perasol admitted all the low points have made this ascent so much sweeter.

The job is over, for this season at least. All attention now shifts to the next campaign as the Fighting Maroons aim to sustain this resurgence and become the next dominant team in the country's premier league.

For Perasol, basketball and golf are very much alike. No shot can be taken hurriedly. And you can't always bomb away.

It's a challenge Bo is ready for.

"With the players that we have, matagal na ang pagsasamahan ng mga yan and the connection that they have with coach Gold, maganda na eh, so we're all hopeful," the former UP Maroons forward said "But again, wala namang sigurado sa basketball. You just have to put yourself in that position and figure out what's your edge."